If you’ve ever been out at a noodle bar and looked down at your steaming bowl of dumplings and thought ‘damn sis, if only I could get that delectable dewy sheen on my face’ – let me introduce you to Nam Vo.

Blessed ones will have come across her Instagram feed already and seen the magic swipe of light she produces on her clients. But for first-timers, get ready to squeal:

Desperate to know all of her skin and glow secrets, GLAMOUR recently chatted to Nam Vo, who delightfully filled us in on everything ‘dewy dumplings’… 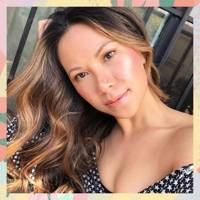 After working behind makeup counters for years, Nam Vo moved from San Francisco to New York, where she says she gained her most valuable experience working with exotic dancers.

“In a funny way, it really set me up to work with celebrities and taught me how to do stage makeup and work in different lightings”, she says.

Ten years after going freelance and Nam Vo has now worked with the likes of Chrissy Teigen, Kylie Jenner and Rosie Huntington-Whiteley.

Nam Vo hardly ever highlights two clients the same and her products are forever changing, but she does reveal the one thing that’s always the same: Wet skin.

“When the skin is wet and moist and very hydrated, it’s going to collect that highlighter pigment much better versus applying to dry skin”, she says. “Whether it’s a dewy primer, a cream-based product, whatever it is, it’s moist, it’s wet, it’s dumpling skin, and then the highlighter goes on and it’s going to grab that pigment.”

Oil is steadfast in her kit, and she says no matter whether she’s faced with oily or dry skin, she’ll always prep the face with an oil.

Glow jobs on the ‘gram

Now with 160k followers on Instagram, Nam Vo says the app blew up for her about 18 months ago when she posted what she thought was a ‘super simple video’.

“It was literally just highlighter swiping on”, she says.

“I think it’s just really captivating and people like it because you see exactly what the product is, you see it laid on skin and at the same time it’s a very relaxing and oddly satisfying thing to watch.”

Nam Vo’s drool-worthy ‘highlighter swipe’ videos basically glow through the screen and when we asked how she constantly captures such spectacular moments, it’s a combination of three things: light, wet skin and a flick of the wrist.

“I don’t use a special light”, she says. “I’ll put them in front of a window or in natural light, when it’s golden hour.”

“Or if I’m at a photo shoot, it’s already amazing lighting.”

She’s also got her own signature Bend it like Beckham move, thanks to a double-jointed and very flexible wrist.

“When I swiped on highlighter, it’s not sloppy, it’s very controlled and I bend my wrist back and forth”, she says. “I didn’t really notice until I watched other people’s videos trying to create a similar thing and I was like ohhhhh it’s because they’re sloppy in the wrist.”

A big part of the ‘dewy dumpling’ look is skincare, something Nam Vo is equally as passionate about.

Her current skincare routine always starts with a double cleanse, of which her current obsession is the soon to be released Revealing Oil Cleanse by Tulura.

“I use Too Faced Better Than Sex Mascara in Waterproof and I usually have to use so much makeup remover and rub the sh*t out of it to get it off, but this new cleanser, it literally melts everythingggg off.”

She’ll then follow her cleanse with a toner, serum and moisturiser, with a final mist of her face before bed.

But her biggest skincare weakness? “I’m a total masking wh*re.”

In terms of LED, Nam Vo recommends Dr Dennis Gross’s LED mask, as a good investment. “I find when I have a stressful day, I put myself under the LED and it looks like I’ve slept for ten hours.”

I gave myself a blood facial and this is what happened

With certain foods often preached as a contributing factor to great skin, you’d think Nam Vo’s diet would consist of green juices and bucketloads of water, but she’s pretty open about the fact that it’s doesn’t.

“Nobody wants to hear this but I don’t drink water at all and I don’t eat well”, she says. “But something that I am really in to, because I think that beautiful skin has a lot to do with digestion, and I know nobody wants to talk about poo, but the thing is if you’re not pooing, you’re not glowing.”

“I’m a big believer in drinking probiotics and doing whatever it takes to get your number two.”
Other than this, Nam Vo earnestly admits that ‘not everybody can have glass or dewy dumpling skin.’

“I think if I’m honest, it’s genetic. And it’s also lifestyle. But still, the best thing you do is wear a sh*t tonne of SPF and stay out of the sun.” 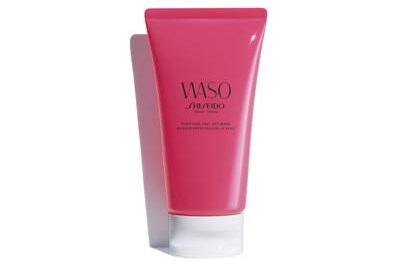 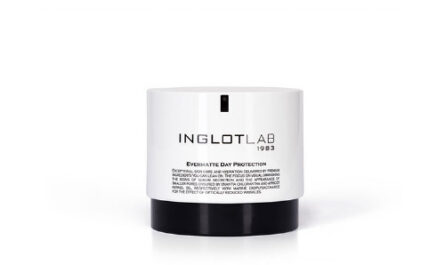 Facial care for the money available – what and how? 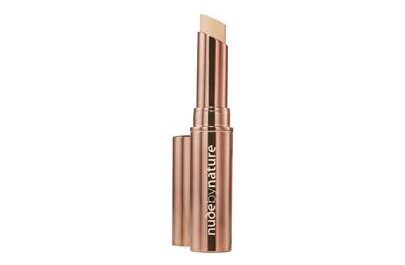