The Instagram star and aspiring fashion designer was found dead at her fourth floor studio apartment in Earl’s Court, West London, on Wednesday.

The death of Félicité – known as Fizzy to her friends and family – is currently being treated as “unexplained”.

According to The Sun, Tomlinson has been left “devastated and distraught” by the news, with sources close to the singer leading tributes to his “loveable, caring, bright and beautiful” sister.

The tragic news follows after Tomlinson’s mum, Johannah, died in 2016 aged 43 after a long battle with leukaemia. 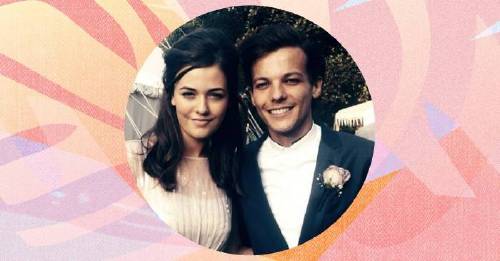 Police and the London Ambulance Service rushed to the address just before 1pm, but despite extensive efforts by paramedics to to resuscitate Félicité, she was pronounced dead at the scene.

It’s reported that a person who was with the influencer called 999.

In a statement, Scotland Yard said: “Police were called by London Ambulance Service at 12.52 on Wednesday, March 13 to a residential address… following reports of a female in cardiac arrest.

“A female believed to be aged 18 was pronounced dead at the scene.

“A post-mortem examination will take place in due course.”

The London Ambulance Service said: “We were called at 12.51pm.

“We sent two ambulance crews, a single responder in a car and an advanced paramedic to the scene.

“Sadly, despite efforts of our medics, a person died.”

Speaking to The Sun, a family source said: “Felicite was an absolutely adored young woman who was loved by Louis and her whole family.

“They are all totally devastated, as you can imagine.

“She had so many friends and was such a positive happy person. It’s a massive loss to the world.

“She was a loveable, caring, bright, passionate, popular and beautiful young lady.”

The singer has cancelled his performance ahead of tonight’s Comic Relief, where he was due to perform his new single live as one of the headline acts on the BBC1 charity show.

The song, called Two Of Us, is a tribute to his mother.

Our thoughts go out to Louis and his family at this tragic time.