The entirety of human history is based on myths, legends, and supernatural machinations for unexplainable things. Video games are no different. Just spend 5 minutes on the internet on gaming sites, and you’ll find a handful of urban legends and myths about games that are being hotly debated, even to this day.

Now, with the internet of things, it’s pretty easy to debunk some of these, but at one point in gaming history, these were legitimately believed. Sadly, none of these are true, including the whole secret code to make Lara Croft naked in the first Tomb Raider. 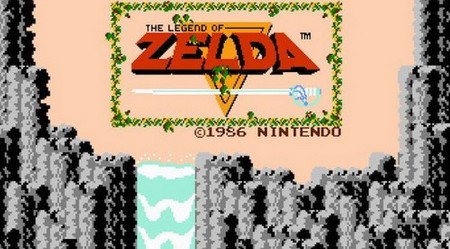 Blowing on your Nintendo cartridges made them work.

Every kid from the 80’s and 90’s knew that if your game wasn’t working, you just needed to pull it out, blow on it, and shove it back in. Then it’d work, right? The thinking was, that we were blowing out all the dirt and dust so that everything could connect properly. Sorry to say, fellow gamers, this didn’t work.

In most cases, when a game didn’t load or kept glitching, it’s because the pins weren’t connected properly. When you pulled the cartridge out, to reinsert it, you were just giving the pins a chance to properly line up.

Truthfully, your wet and cheeto-scented breath was actually harmful to the game, blowing more crap into the cartridge and causing corrosion. 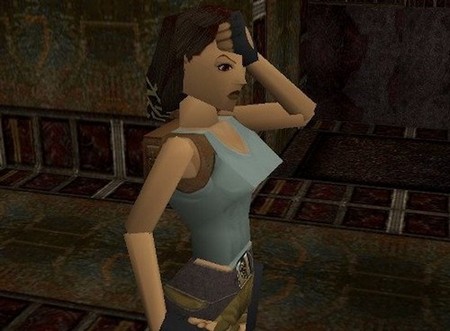 There was a code to make Lara Croft naked in Tomb Raider.

When this game was released in 1996 on PlayStation 1, it was a phenomenal hit. Plus, while she might have been unnaturally pointy in the sexy places, Lara Croft was a still a drop-dead fox. Considering the audience for the game was teen boys, it’s no surprise that rumours began that there was a secret code that would make this sexy sprite naked.

The urban legend spread via word of mouth and chat forums, and every Tomb Raider player was looking for the code. Sorry guys, this code never, ever existed. The original developers have said as much, that they never programmed such a thing, nor have any hackers surfaced to say they’ve done it either. 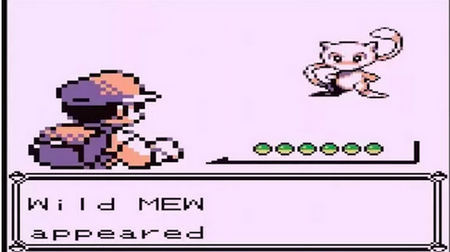 Mew was hiding under a van in Pokemon Red Blue.

Back in the day, I had Pokemon Red for GameBoy, and I remember how insanely popular this game was. Selling millions of copies and really launching the franchise, the whole goal was to catch all 150 Pokemon, as well as the mysterious 151st – Mew. One of the most popular urban legends about this game was that you could catch Mew, by pushing an oddly-placed tuck. That rumour is complete BS.

There is no legitimate way to get Mew in Red/Blue (there are glitches and exploitable hacks that let you sneakily catch one), but nothing officially sanctioned. 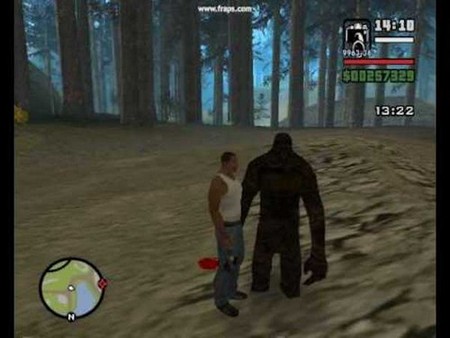 Considering the popularity of the GTA games, it makes sense that there’d be a shit-ton of urban legends. One of the most famous of these legends concerns a secret Bigfoot/Sasquatch that you can track down in the woodsy parts of the game.

Despite the fact that the developer has denied this several times, the rumours are still out there. What doesn’t help is that you can find videos and images online (such as this one), but they’re developed by modders and not actually from the original games.

Still though, the legend persists. 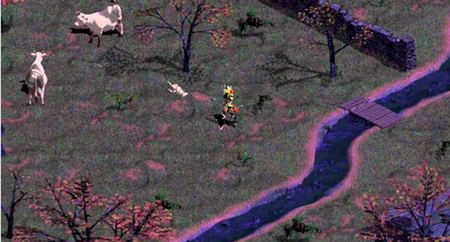 The secret cow level in the original Diablo.

Not long after this game debuted, rumours began about how it was possible to reach a secret level filled with just cattle. All you had to do was click on a lonely cow in the town of Tristram, a certain number of times, then you can hack and slash your way through some Grade A beef.

This became a popular myth that spread widely through the community of gamers. While it wasn’t true, there was no cow level in the game, the developers did add such levels to the sequels. Just for fun. 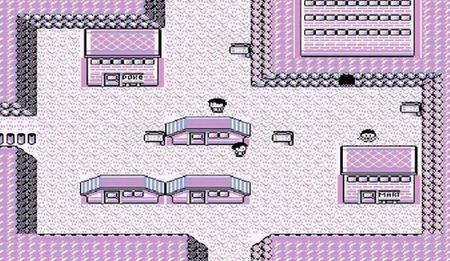 While the Pokemon franchise has a lot of creepy urban legends, this is the scariest one of them all. There are claims that the music in Lavender Town is so depressing that it caused several young children in Japan to commit suicide. You can listen to the song HERE! and decide for yourself.

Given that this in-game town is effectively a cemetery for deceased Pokemon, the idea of death is out there. But is is true? No. There’s no proof that anyone who’s played this level, subsequently took their life. It’s just a tall tale. 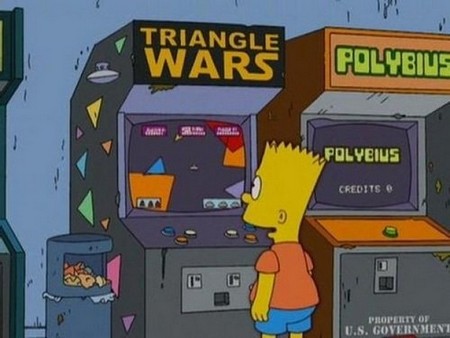 Polybius was a secret, government controlled arcade game that had dangerous side effects.

The legend of this game is to enduring, that it actually featured in an episode of The Simpsons, giving it creedence. According to the legends, anyone who played this mysterious game (only in the Portland, OR area), suffered from insomnia, stress, night terrors and amnesia. Then, Men In Black would come download data from the game, and/or visit your house.

Except, there’s no actual evidence of any of this. There’s no proof that the game existed in the first place, nor any hospital records or anything of that nature. It’s just an urban legend 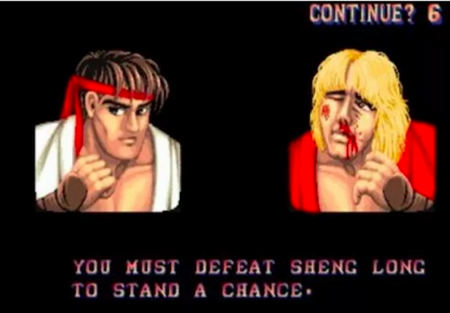 This legend was actually due to two things: an intentional April Fool’s hoax, and a mistranslation by a magazine. Originally, the image above was supposed to say “Dragon Punch” instead of ‘Sheng Long.’ The gaming magazine Electronic Gaming Monthly, then spun that into a prank that suggested that if you met a certain set of conditions, and didn’t take any damage, then Sheng Long would appear and toss M. Bison off the screen. Apparently, he was the legendary master that trained both Ryu and Ken, and had an insane power set.

As people tried all the various combos and criteria to unlock him, he never appeared. That’s because no character existed in the game. In later editions, Capcom eventually put him in (renamed as Gouken), as a result of this prank and fan requests, but at the time, the legendary master was no where to be found. 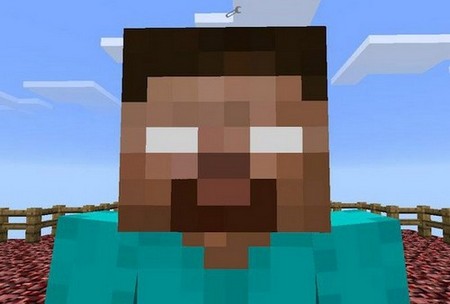 Herobrine is an urban legend which has captivated millions of Minecraft users. According to the blog posts and creepy pasta’s, the character is a hidden model that secretly destroys your work, builds his own structures and attacks randomly.

He looks exactly like the default characters, but with pale white eyes. He’s supposed to be a ghost, demon or a personification of the game creator’s dead brother. But according to the creator Markus “Notch” Persson, no such character exists in the source code.

It’s assumed that mods are to blame, if Herobrine actually does appear, or perhaps it’s a ghost in the machine. Creepy. 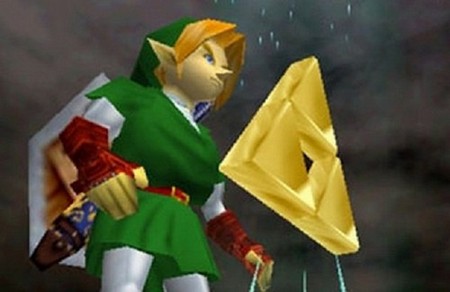 The Triforce being available in The Legend of Zelda: Ocarina of Time.

If you’re a Zelda fan, then you know that the Triforce is the most powerful item in the series – it gives the wielder unlimited powers and abilities. Sadly, it’s not an object you can obtain in this game, even though there’s a spot for it on your inventory screen. This led people to believe there is a secret way to get it.

In 1999, a gamer claimed that she found the Triforce, and posted vague hints on where to find it, with screenshots, a new song to learn and a hidden temple. Except, there were glaring errors in the screenshots and she was proven to be a fake.

There’s no way to wield the ultimate power in this game. 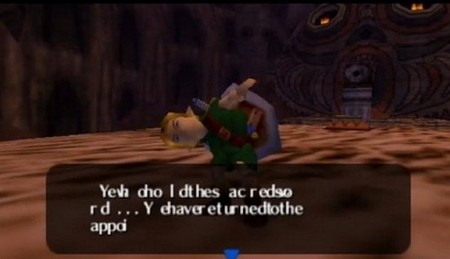 There was a haunted cartridge of The Legend of Zelda: Majora’s Mask.

There’s a creepy pasta that suggests there’s a ‘haunted’ copy of the game. It’s a blank cartridge, with “Majora” written on it with sharpie. Once loaded, there’s a save file called ‘Ben.’ According to the legend, the saved game couldn’t be deleted and the game itself referred to Link as Ben, everything was backwards (including the music), and your actions didn’t work as intended.

While there’s videos and screenshots of the game to prove this, as well as photos of the blank cartridge, there’s no supernatural cause. It’s all hackers who’ve modified the game, and pranksters marking up with N64 cartridges. 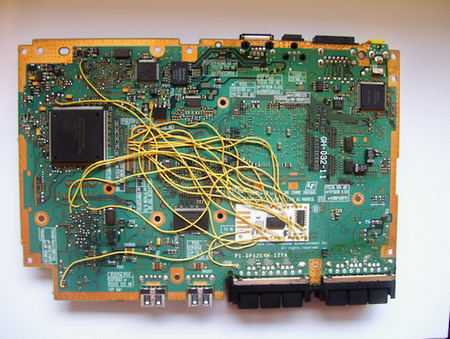 Though not exactly a gaming urban legend, it’s kinda related. Back in 2000, there were reports circulating that Saddam Hussein was stockpiling PS2’s. As there was an arms embargo on the country of Iraq, he was collecting the systems, ripping out the hard drives and using them to create a supercomputer to power all of his weapons.

This legend got a lot of airtime on the news networks, and as interesting as that sounds, it’s not true. While you can link the chips inside the systems to make a more powerful machine, developing the software to make it happen, wasn’t something Iraq could do at the time. 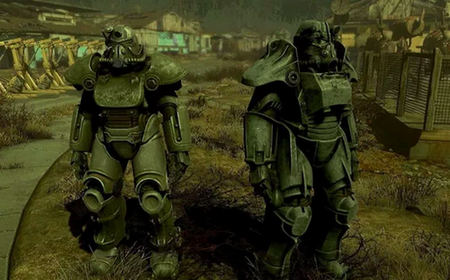 Fallout 3 had cryptic radio messages that predicted the future.

There are multiple sources that claim that there are radio stations in the game that predict the future. If you fulfill a certain set of criteria, and kill the radio announcer Three Dog, then on Galaxy News Radio, you’ll hear his disembodied voice reading out numbers and morse code.

According to the theorists, the codes predict the death of Gary Coleman, the BP Oil disaster, the death of the Queen and an upcoming, universe-ending disaster in 2027. As creepy as this sounds, developer Bethesda Games has said that no such numbers stations exist in game.

It’s up to you to decide if you believe them. 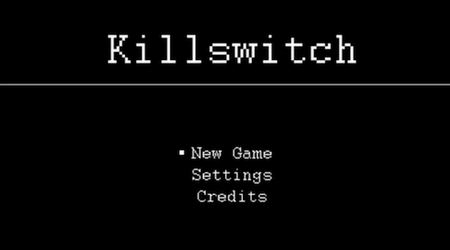 KIllswitch would delete itself after you completed it.

This urban legend revolves around a 1989 game that was only released in limited numbers, and would delete itself and all associated files upon completion. This survival-horror game was insanely difficult and terrifying, and you had to chose between two characters as you attempt to finish the game for the first and only time.

The problem is, there’s no evidence that this game, or the developer actually existed. People claim to have played it, but no one’s been properly vetted as a legitimate player, and the fact that the game could just completely erase itself, implausible. Nothing is every completely gone. 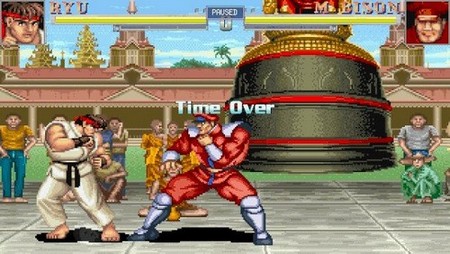 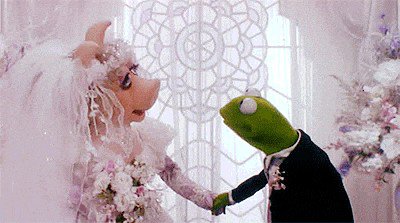 People share what they wish they knew before getting married, GIFs 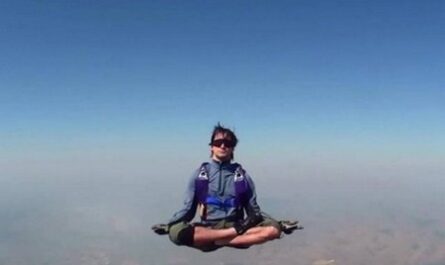 One thought on “Insane video game urban legends we all believed”