Tipped to be one of the biggest Netflix releases of the year, The King will put a modern spin on Shakespeare’s Henry IV and Henry V in the 15th century. The story follows a young prince who is forced into the role of monarch against his will after his brother’s death.

Despite not wanting to take on the position, Prince Hal learns to be a King amongst “palace politics, chaos and war his father left behind”.

Timothée Chalamet and Lily Rose Depp are Hollywood’s golden new couple after meeting on the set of The King last year, and now the film that brought them together is about to drop on Netflix *squeals*.

Under the direction of Animal Kingdom’s David Michod, Timothée takes on the role of disgraced Prince Hal, while Lily plays Catherine of Valois. The pair are joined by co-stars Robert Pattinson, Ben Mendelsohn and Joel Edgerton. 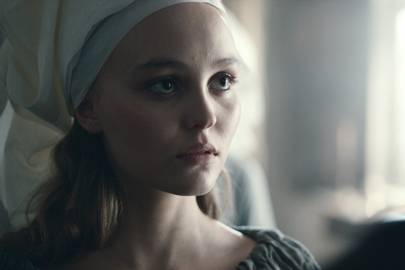 “It’s always exciting to work with somebody who you know has given themselves so wholeheartedly to their role and is so invested,” Lily said when asked about working with Timothée. “It can be nerve-wracking to work with people whose talent you admire so much, but hopefully it can only make things better.” 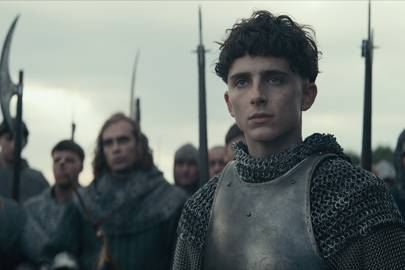 In the trailer for the forthcoming historical drama, Timothée’s King Henry V is seen expressing his concerns to friend and mentor John Falstaff. “Already I can feel the weight of this crown I wear. I’ve been forced to rely upon the counsel of men whose loyalty I question every waking moment,” he states. The King is also seen talking with his love interest (both on and off screen), Lily’s Catherine of Valois.

Everyone is obsessing over this creepy new Netflix series