The Underworld actress takes the title role as “widow” Georgia Wells, whose beloved husband of 10 years, Will Mason, dies in a plane crash on a trip to Africa.

Kate Beckinsale might have been making headlines recently with her very unexpected (and very public) new romance with Pete Davidson, but we can expect a whole lot more primetime action this month as the actress returns to our screens in the new ITV drama, The Widow.

Fast forward three years, and after seeing a man resembling her supposedly dead husband on a news story reporting civil unrest in the Democratic Republic of the Congo, Georgia drops everything and travels to the country’s capital, Kinshasha, to uncover whether Will might still be alive.

As she starts to search for answers as to what really happened in the accident, Georgia is forced to confront the possibility that her missing husband might actually have faked his own death, and must face violence and corruption in her quest to uncover the truth. 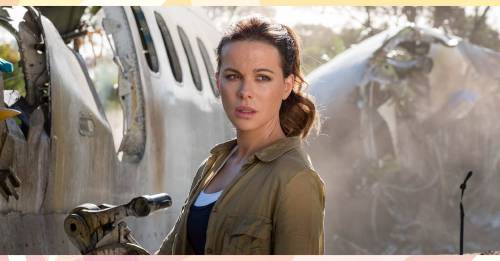 “It deals with a woman’s grief and her picking her way out of that,” Kate Beckinsale revealed in an interview. “It also looks at deception in a lot of forms. Trying to uncover physical and emotional truths. Also a big character in The Widow is Africa itself.

“So there’s quite a lot about what is happening politically in the Democratic Republic of Congo. Along with the role of the child militia. One of our characters is a little girl who has been taken away from her family by the militia.”

“There are many strands to the story. That was very much what the Williams brothers wanted. Harry and Jack The Missing writers picked directors Sam Donovan and Olly Blackburn who shared their vision for The Widow.”

Created by Harry and Jack Williams, the brothers reponsible for hit shows such as Liar, The Missing and iBaptiste/I, the new eight-part series will explore multiple edge-of-the-seat narratives that link back to Georgia’s shadowy husband.

“The Widow has got a bigger scale. There are some big action moments but it’s still a very character-led thriller at its heart.

“There’s a lot of two-handers, a lot of twists and turns. There’s a big cast and a big canvas. By the time we get to the end, I think it’s very satisfying.”