This is the week, Marvel fans. It’s better than Christmas, your birthday and winning the lottery – Avengers: Infinity War drops this Friday. We can’t tell you how pumped we are!

Actually, we probably could, but we’d talk your ear off!So while we’re counting down the hours until the premiere, there’s a lot of unanswered questions that we’ve got, and some fan theories that make a hell of a lot of sense.

This isn’t an exhaustive list, by any stretch of the imagination, but it’s a start. Below, we’ve got a rundown of some of the most prevalent ones, and the likelihood that they’ll happen.Here’s we go. 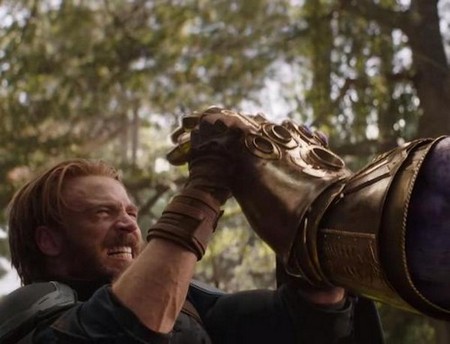 We know that the stakes in this film are huge – like galaxy shaking. So guaranteed there’s going to be deaths left and right, and the person most likely to make the ultimate sacrifice is Cap.

This would fit in with Tony’s vision during Age of Ultron, and it also closes Steve Rogers’ arc of never backing down from a fight. He’ll keep on coming at Thanos until he gets put down permanently. This then opens up the narrative for either a cool resurrection in Avengers 4 (though that’ll undo the symbolism of the sacrifice), or Bucky/Falcon carry on the mantle going in to Phase 4. 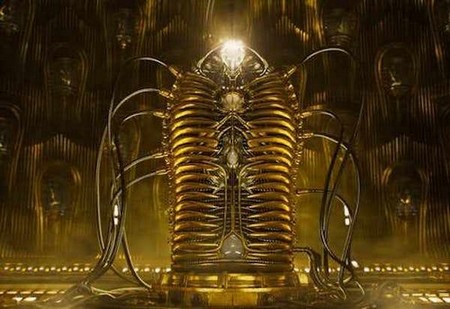 f you know the original comics, then you know that Adam Warlock is a huge player in the Infinity War, especially because he ends it. We do know he’s coming to the MCU, as he was in the post credits scene of Guardians of the Galaxy Vol. 2. So it makes sense that he’ll show up, right?Except both James Gunn and Kevin Feige have confirmed that he’s being saved for Vol. 3, and will be a vital part of Phase 4. Whether they’re lying or not, it’s hard to say, but the general feeling is that they’re being truthful. Adam won’t show up. 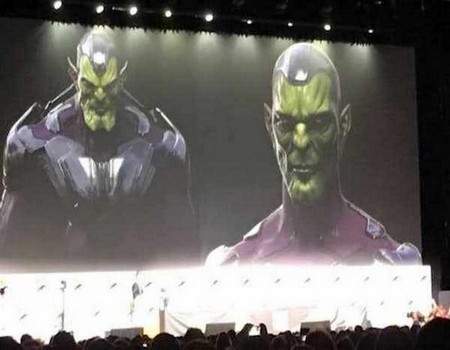 TRUE: The Skulls are coming to the MCU

When it was announced that the Captain Marvel film was going to have her go up against the Skulls, there were rumours that they were a part of the bigger picture. With her film coming between Infinity War Avengers 4, there’s definitely going to be some seeding.The most popular theory is that the use of the Gauntlet or the Reality Stone will reveal the Skulls on Earth and tease the “Secret Invasion” storyline and turn Captain Marvel’s film into an extended flashback. It might also be the thing that brings Captain Marvel back to Earth, as Josh Brolin admitted that he did some filming with Brie Larson recently. 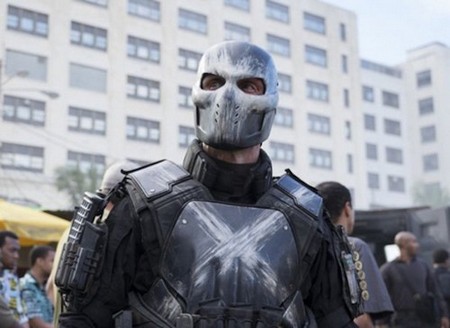 It was obvious that at the end of Captain America: The Winter Soldier, that Crossbones would return to plague Cap at some point. Given that his return was a small part in the beginning of Civil War, only to blow himself up, there’s still hope that he’ll make his trumpiant return and really give Cap the business. Given that the Infinity Gauntlet can do amazing things, it’s not too far-fetched to think he might come back.Odds are though, it’s probably not gonna happen. Frank Grillo stated that he wasn’t interested in returning to the MCU, based on the direction it’s going and for such a small part. Then again, he has been seen around Atlanta during the filming, so who really knows? 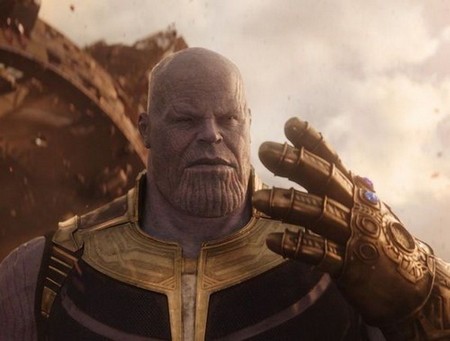 One of the biggest questions going into Infinity War is where the Soul Stone is hiding. There’s a theory out there that suggests that the letters in Thanos’ name spell out where it is, based on the objects that held the stones. T – Tesseract (Space Stone), H – Unknown (Soul Stone), A – Aether (Reality Stone), N – Necklace (Time Stone), O-Orb (Power Stone), S-Scepter (Mind Stone).Since the Soul Stone is the only one missing, it gets assigned to the letter H.

As the theory goes, H could stand for Heimdall and his yellow eyes that can see all the souls in the realms. Another theory is that Howard Stark did something to Tony, and gave him the Soul Stone, which is why Tony’s on the individual poster for the Soul Stone. Either way, it’s an interesting way to figure out where it’s hiding. 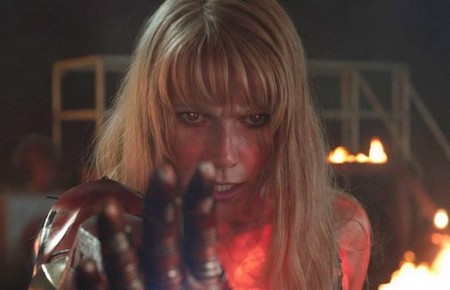 PROBABLY NOT: Pepper Potts is a huge part of the plot

Not to say she’s not important to Tony, but there’s a few theories out there that say she’s the secret to the whole thing. Now that she’s back in the picture after sitting out of Civil War, she’s going to be present in these films, but there’s two ways fans think it’s gonna go.The first is that in the scenes in the trailers of Tony holding a hand, it’s actually hers. That she dies during the film and causes Tony to mad with grief and get killed.

The other is that she never really got ‘cured’ of Extremis, but Tony stabilized it, making her able to wear a suit as Rescue and channel that explosive power. She ends up being the surprise hero that saves the day. Odds are though, that neither are the case and she’ll be safe and sound. Plus she was spotted on the Avengers 4 set looking happy and content, so odds are, it’s a happy ending for the two. 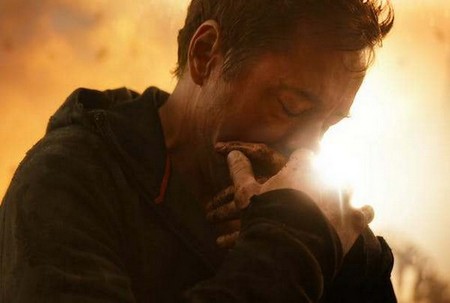 LIKELY TRUE: Tony gets killed over the Soul Stone

Tying into the T.H.A.N.O.S theory, it’s likely that Howard Stark knew all this was going to happen, and as the resident scientific genius for S.H.I.E.L.D, he embedded the Soul Stone in the safest place he could; his greatest creation – Tony.As the theory goes, Howard and Maria Stark realized they couldn’t have kids, and when the Howard found the stone, he created Tony, and embedded the Soul Stone in his brain. Now, Thanos will have to take Tony apart to get at the stone. 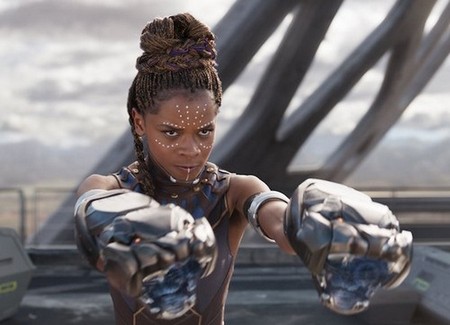 If you’ve been following the comics lately, then you know who this is. If not, basically, in the comics, RiRi Williams is a 15-year old tech genius who builds her own suit and becomes an armoured hero. Calling herself Ironheart, she gets Tony’s endorsement.As the theory goes, Shuri is the smartest person in the MCU (a fact that will be further explored in the upcoming films), so when Tony falls, she’ll take up the Iron Man/tech genius mantle. As awesome as this might be, however, it’s a little too soon to declare the original Iron Man dead and gone. 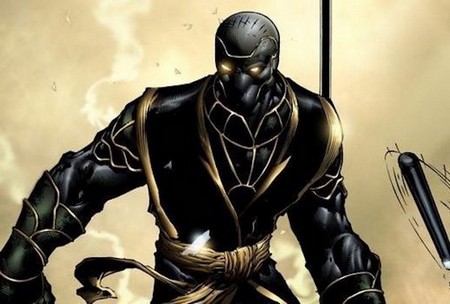 There’s a long-game going on when it comes to Hawkeye’s role in the film. He’s not in any of the marketing, no one’s talking about him, and the one leaked photo we’ve seen, shows him in boots and a hairstyle that match what Ronin traditionally wears.Given that he’s got a family and is on the run after the events of Civil War, it makes sense that he’s got a new identity. Why they’re keeping it a secret, however, is a mystery that we hope we don’t have to wait too long to find out. 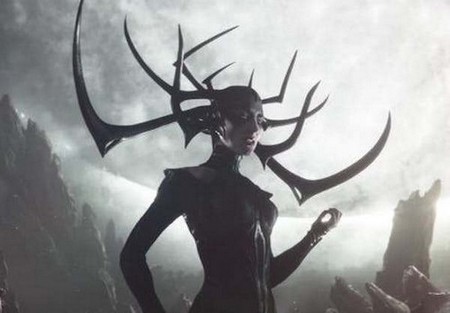 PROVEN FALSE: Hela is the reason for Thanos’ quest for the stones

In the comic books, the reason why Thanos wanted to collect the stones, was to court Lady Death, by balancing the universe. By doing this, he hoped she’d fall in love with him. Established in Thor: Ragnarok, Hela is the Asgardian Goddess of Death, so it makes sense that she’d appear.

This is false for a couple of reasons. Primarily, her power is derived from Asgard. Since it no longer exists, neither does her power. Also, the directors and Kevin Feige have clearly said that Thanos’ motivations aren’t the same as the comic books. He doesn’t care about death, he cares about balance and power. 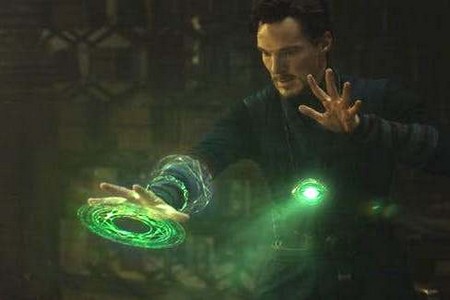 We know Steven Strange has got it, and we know that he’s been practicing his sorcery, so there’s a lot he can do with it, in the fight against Thanos. Given that Thanos wants to extinguish half the universe, odds are some Avengers will die. But if you can control time, then what’s the big deal right?

In one of the released clips, they show Strange telling Banner, Stark and Wong that he’s gone forward in time to see the various outcomes and they don’t look good. But if something bad happens, he can always go back and fix it, right? Guess we’ll have to wait and see.He could also lose the Time Stone, making all this moot. 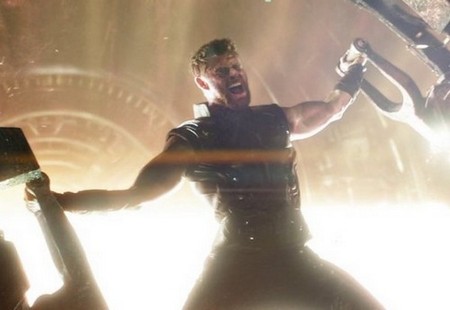 TOTALLY FALSE: Thor gets Mjolnir back and regains his eye

While we all know that Thor: Ragnarok was awesome, it also changed the status quo for the Asgardian. Gone are his flowing locks, his trusty hammer and his right eye. When it came down to the trailers for the new film as well as the Lego sets, there’s a scene were it looks like Rocket, Groot and Thor go somewhere to reforge the hammer.Instead, it’s not Mjolnir that’s being created, but a new Hammer/axe called Jarnbjorn/Stormbreaker.

This weapon, with what looks like a part of Groot as the handle, is meant to be more formidable than his previous one. As well, some toys and images show Thor with both eyes, but that’s most likely a red herring. He’s meant to resemble Odin, as he’s now the last remaining Asgardian (we’re guessing.) 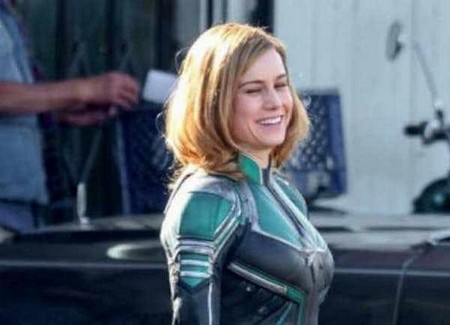 Even though it’s been vehemently denied that she’s gonna show up to fight Thanos, how can she not? We don’t 100% know yet what the story of her film is gonna be, just that it takes place in the 90’s. So where’s she been while Iron Man’s been around, Captain America’s been awake and actual Asgardian Gods have been fighting on Earth?According to the producers, she’s gonna show up for Avengers 4, but there’s some thinking that she’ll come to save the day at the end of the film, everyone will be like “WTF?” and cut to black. 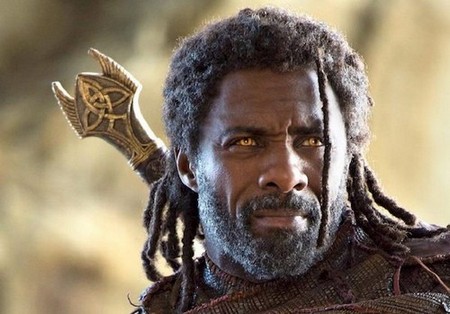 PROBABLY NOT TRUE: Heimdall has the Soul Stone

It’s a popular theory, and would give Idris Elba his due, but there’s a lot evidence against this theory. Sure, at the end of Ragnarok, we see Thanos’ ship loom over the Asgardians, and we assume that he massacres them all. So, why would be do that?While most will think that he’s after Heimdall, we also know that Loki’s on the ship, with the Tesseract. Plus, why would Odin send the Aether to The Collector saying that Infinity Stones in one place are too dangerous, then keep Heimdall around?Odds are, his super awesome eyes are due to something else. 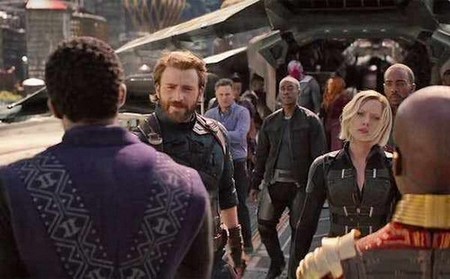 It’s been revealed that the third act, and major battle against Thanos will be in Wakanda. What hasn’t been clarified, is why? Is it because of their technological prowess? Because Bucky is there? Or is there a different reason?There’s a theory that the Soul Stone is in Wakanda. Ryan Coogler didn’t fit it into his film, as he had so much other ground to cover, but the same meteorite that brought Vibranium to the country, might also have held the missing stone.

This explains the heart shaped herb, the Djalia/Spirit Plane, and why Thanos brings the fight here.Plus, positioning T’Challa as a major player in the MCU moving forward would require Wakanda to take on some mythical importance to the world. 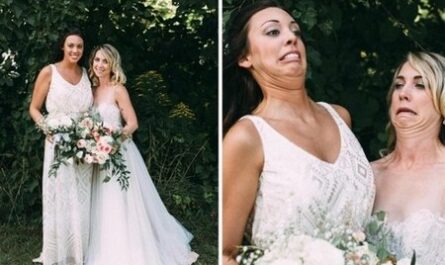 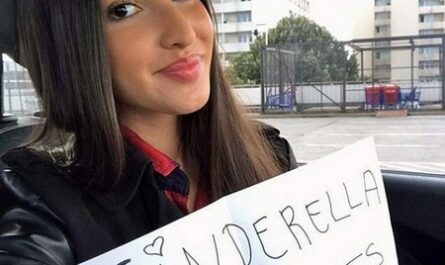 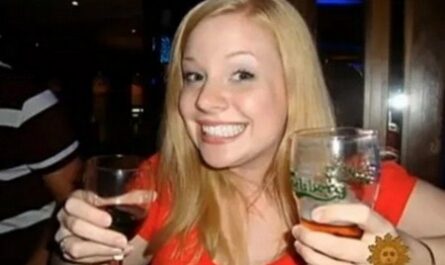