A 50-year-old grandmother has died after contracting flesh-eating bacteria on vacation – allegedly from the hot tub in her hotel room.

Carol Martin developed a sore the size of a nickel on her buttocks after returning to Indianapolis from her family’s annual trip to the races in St Petersburg, Florida.

At first, the mother-of-four and grandmother-of-seven thought nothing of the blemish, but it soon became painful and she went to her doctor, concerned.

The doctor allegedly refused to test the sore, and sent her home with a heating pad. Days later, Carol returned in desperation, as the sore grew, but she was sent home again.

Eventually, in late April, she was hospitalized with searing pain all over her body, and doctors confirmed she had necrotizing fasciitis, an often deadly flesh-eating bacteria that ravages the human body.

On Saturday, after 16 days in intensive care, she was sent home, where she died. 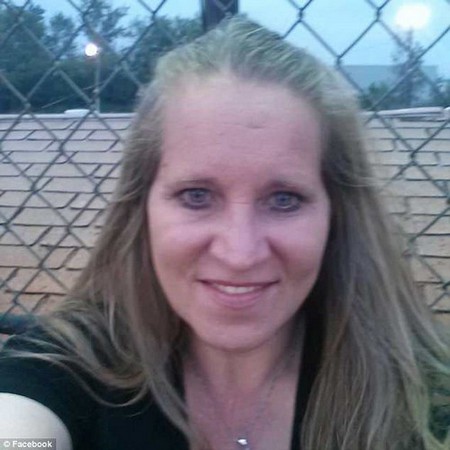 Carol Martin, 50, used the hot tub one evening during her family’s annual trip to Florida for the races. Her family believe that is what gave her the nickel-sized blemish that took her life 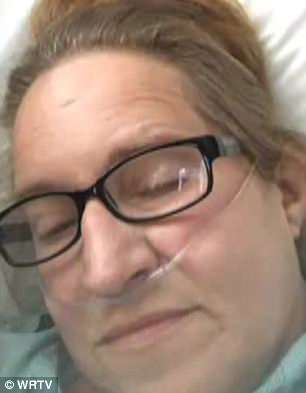 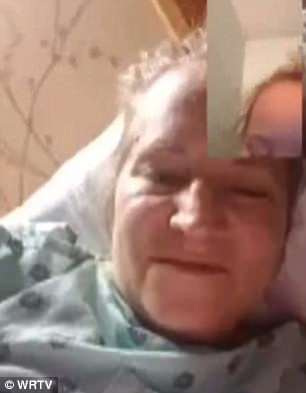 Agonizing battle: Carol was finally hospitalized, but two surgeries couldn’t save her

Grieving: She is survived by her husband Richard (pictured), four children, and seven grandchildren (one pictured here)

WHAT IS FLESH-EATING BACTERIA?

Once the bacteria enters the body, it can spread to the muscles, nerves, fat and blood cells around the infected site causing damage.

Death can occur if it is not stopped quickly enough.

Strong antibiotics are imperative to treating the disease and are typically administrated through an IV.

Surgery is recommended when the antibiotics are unable to reach the tissue that has already been infected.

This happens when the bacteria has prevented blood flow to those areas.

If any of the infection is left in the body after surgery, it can cause organ failure and the patient will die.

‘She made me lunch, I kissed her goodbye to go to work. I come home early in the morning and found her passed away,’ Richard told the Indy Channel.

Carol always loved staying at Days Inn in Tampa for their vacation to see the races, Richard said.

Towards the end of the vacation, they had a long day of activities, and Carol decided to relax in the hot tub for the evening.

Richard is now pushing for the hotel’s hot tub to be tested for the bacteria.

The coroner in Indianapolis has collected samples, which will take three months to test, the Sentinel reported.

‘My thing is, nobody else got it, the flesh-eating bacteria. She was the only one that got in the hot tub,’ he said.

He also questions why his wife’s deadly condition was not spotted sooner.

It is common to contract the bacteria through an open wound.

The CDC recommends keeping wounds that are open or draining covered by clean bandages until they are completely healed. The bandages need to be dry when they are applied to the wound.

People with conditions that impact the immune system should be particularly careful with open wounds, since their infection-fighting abilities are impaired.

Carol loved going to Florida to see the races every year, and stay in the same hotel

‘Tremendous potential’ for a herpes vaccine after success in animals

How exercise can ward off ‘senior moments’