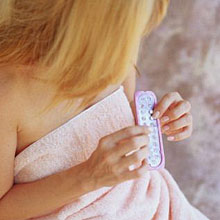 How should healthy legs look like? It’s no secret that almost every woman watched at least a couple of prominent vessels on her legs.

Ideally, the legs should not be visible at all. Another thing is that many of us do not attach importance to their individual manifestations. And when they pay attention, it means that the process has already begun to progress and a certain critical value of visible manifestations has been achieved. At this point, and you need to see a doctor. To say that “it was always so” is impossible: the vessels became visible at a certain point, which you most likely did not pay attention to.

What is the reason for the appearance of a vascular network?

According to statistics, about 70 percent of women suffer from this ailment. There are a number of factors for this. First of all, this is heredity, the ever-changing hormonal background, pregnancy, the intake of hormonal drugs …

Are these the same cases when women complain of hormonal contraception because they have problems with veins?

Now many early forms of varicose veins are associated with hereditary factors. Every woman who has signs of varicose veins before the age of 25 must donate blood for molecular genetic analysis. Today certain types of mutations are known that negatively affect the course of the disease.

And when hormonal drugs, including contraceptives, are prescribed, women must undergo mandatory tests to find out if they are at risk for thrombosis. Improperly selected drugs can actually give negative side effects.

What other symptoms indicate that it’s time to sound an alarm?

Pain, heaviness, swelling in the legs. But they rarely manifest themselves, without apparent appearance. And, of course, they should be distinguished from puffiness and pain caused by other causes. For example, heart problems or prolonged standing on the legs.

Epilation, including wax, is always a certain trauma, which means it causes a disturbance of the blood flow at the mini-level. Women with a white skin type, with a certain type of subcutaneous tissue, in which there are few elastic fibers, are especially vulnerable to this. Outwardly this is manifested as an uneven skin, on it you can observe small hollows, tubercles, a rich venous setochku. This does not mean that the course of the disease will progress in a geometric progression, but to some extent it will accelerate the development of external manifestations. Such women should be especially careful.

And heels – are they really so harmful? 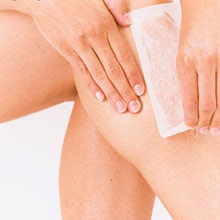 When wearing shoes with high heels, the arch of the foot really changes and the lymphatic and venous outflow automatically deteriorates. But women in heels can hardly be persuaded to remove them, so you can traditionally advise if possible to limit the time spent on them. And if the varicose disease is already diagnosed, a woman can afford to walk in such shoes, but only in compression jersey …

How to choose it correctly? Is it required by all?

The concept of “compression knitwear” includes three components – golfs, stockings, pantyhose. If the external manifestations are more pronounced on the foot, the shin, then you can use knee socks. If you are interested in hip tights. Stockings can also be worn, but they must always hold on to the hip, otherwise the whole effect will disappear.

It is compulsory to wear compression jersey to pregnant women. Especially if a woman already had signs of varicose veins: during pregnancy, they are seriously aggravated by the absolute majority.

And such a woman should use compression knitwear from the earliest time. At selection it is necessary to spend some measurements and according to it to pick up jersey in a specialized drugstore. It is important to remember that if a woman in such a jersey is uncomfortable, then it is incorrectly selected. Modern products are absolutely comfortable.

How is today treated for varicose veins?

The majority of patients showed drug treatment with venotonic drugs. In combination with the elements of compression treatment is enough for a whole year of well-being. If the veins are significantly expanded, the doctor decides on the need for an injection technique – sclerotherapy. In this case, a special substance is introduced into the veins of the veins, which causes destruction of the inner lining of the altered vein, and such a vein falls out of the bloodstream, blood stasis is stopped, and the outflow is carried out through unaltered veins. The variant of surgical treatment is considered when the main trunks of large subcutaneous veins are affected and there is an element of failure of the valve apparatus of large stem veins.

Ointments for “heaviness in the legs” are effective?

Ointments are really used in the treatment of the disease, but only as an auxiliary, analgesic and relieving drug. Expect that the gel will be absorbed and through the skin will have a therapeutic effect, not worth it. But locally they work very well.

How else can you act on your own so that the disease does not get worse?

Perform simple exercises: the rotation of feet, “bicycle”, pulling socks, periodic climbing on tiptoe. But they must be systemic in nature. Useful walks, contrast showers and swimming. It is necessary to watch the weight: imagine how hard it is for the muscular pump to pump the entire volume of venous blood, if you, for example, put on a heavy backpack.

On sports: if there are symptoms, it somehow should be taken into account when choosing the type of physical activity in the hall?

Contraindicated in all contact sports associated with potential injuries and strikes. Exercises related to weights (for example, in the gym), the tension of the abdominal muscles, are undesirable. In this situation, increased pressure is created on the iliac veins and venous outflow is disturbed. In this case, we also recommend wearing a compression jersey to protect yourself. 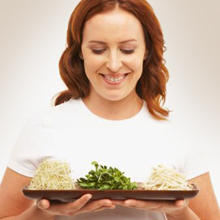