Prepare to join another waitlist, then, because the brand has embarked upon their first foray into cleansers, with another coveted skincare hero, The Ordinary Squalane Cleanser, selling out only 24 hours after going on sale.

When it comes to budget skincare, cult beauty brand, The Ordinary, has smashed it out of the park with their straight-forward, high-quality formulations since day one. From natural moisturisers to cold-pressed organ oil and a serum foundation that sold out within seconds, The Ordinary is one of the hottest skincare companies that actually deserves the hype.

Dubbed as a ‘gentle, moisturising facial cleanser’ that’s suitable for all skin types, the squalane cleanser’s special ingredient is all in the name.

It may sound scientific, but squalane is simply an emollient that’s naturally produced by the body, which helps to lock in moisture and nourishes the skin.

It’s finally here. Say hello to The Ordinary’s first-ever (took way too long ?) cleanser. ⁣⁣ ⁣⁣ The soap-free and non-comedogenic nature of The Ordinary’s Squalane Cleanser protects the integrity of epidermal lipids and leaves any skin type feeling cleansed, moisturized and soft. Squalane, alongside other gentle esters, works to trap and dissolve facial impurities and makeup (even waterproof mascara), detaching them from the surface of the skin. Subsequently, the emulsifying sucrose esters blend the dissolved makeup and facial impurities with water, allowing them to be easily and efficiently rinsed away. ⁣?⁣ ⁣⁣ The Ordinary’s Squalane Cleanser undergoes 3 textural phases; 1) Balm-like upon dispensing, 2) Oil-like after rubbing between the palms of your hands and 3) Milk-like when combined with water. The cleanser should only be applied to dry skin once it has entered the oil-like phase. This change in texture is crucial in order to facilitate the efficient dissolving of facial impurities and makeup.⁣⁣ ⁣⁣ Although 50ml may not seem like a lot, the balm- (and later, oil-) like consistency of this formula spreads very easily and as such, a small amount is required upon application. We understand that more is always more for some, but please don’t be sad – a cuddlier size is already in the works. ?

Squalane is also a hardworking antioxidant, meaning the cleanser also works to protect the skin from everyday pollution and environmental aggressors.

Unlike other oil-based cleansers designed to target makeup removal, The Ordinary’s Squalane Cleanser is a balm which transforms into an oil when you warm it between your palms.

After it’s applied to the face, the dual-action formula works to trap and dissolve facial impurities and makeup (even waterproof mascara), allowing them to be easily and efficiently rinsed away with water.

Thanks to the all-important addition of plant-derived squalane, the cleanser also doubles as a moisturiser, delivering an extra dose of hydration to dry, sensitive skin.

Like many of The Ordinary’s other cult products, the cleanser is soap-free, fragrance-free and non-comedogenic, so it’s perfect for everyday use – as well as a 30 second face wash when you roll in from a late night.

Sound too good to be true? Did we mention that it only costs £5.50? 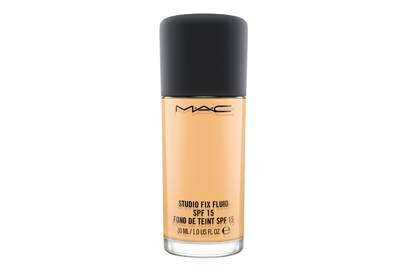 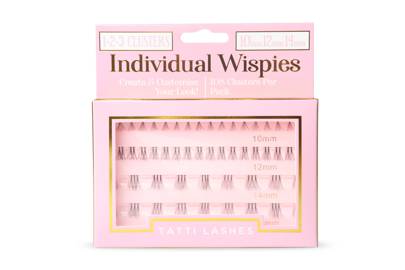 Find your flutter with false lashes that fit you