Peter the Great’s quilted house coats and stylish velvet costumes, canonical clothing of Orthodox priests, embroidered ceremonial dresses of Russian aristocrats and colorful wedding gowns of Cossack women – these are just some of the amazing items of clothing on display at the Costume Gallery of the State Hermitage Museum in St. Petersburg, each with its own story.

The Gallery, which opened in December at the Hermitage’s Staraya Derevnya Restoration and Storage Center, is unusual. It isn’t a traditional museum, but a hybrid between an exhibition space and a repository.

The exhibits are displayed in dimly lit halls that go completely dark as soon as visitors leave (they are equipped with motion sensors). This is designed to protect the fragile items, which are sensitive to light and humidity.

Behind the mannequins dressed in the gowns of Russian tsars and peasants, there are rows of lockers containing most of the precious collection, which give the visitors a sneak peek at the museum’s “backstage” area. 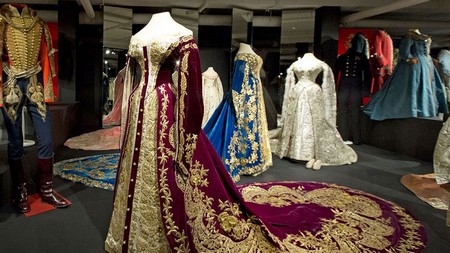 The Hermitage’s collection of costumes features more than 24,000 items covering the period from the late 17th century to the beginning of the 21st century. The Gallery currently displays 130 mannequins and numerous small items, such as hats, shoes, fans, bags, suitcases, mirrors and hangers. Because the venue is a repository, there are no labels or descriptions. All the information and legends must come directly from your guide, which makes for a more personalized experience.

The exhibition opens with a section devoted to the clerical clothes of the Russian Orthodox Church. In many cases these came from Russian empresses, including Elizabeth and Catherine the Great, who donated their ceremonial and evening dresses to monasteries by the thousands, where they would be remodeled to suit ecclesiastical needs.

“We have an item on display – a deacon’s surplice – that covers a period of three centuries,” said Nina Tarasova, the gallery’s curator. “Its shoulders were made in the 17th century, and the robe was added in the 18th century. And the middle part was replaced in the 19th century with a more modern fabric.”

The works on display travel to other venues for temporary exhibitions. As Tarasova points out, Peter the Great’s wardrobe alone would make a wonderful exhibition. The Hermitage boasts around 280 items that once belonged to the founder of St. Petersburg, from underwear to full costumes.

“Even a quick look at Peter’s fine velvet camisoles and delicate lace shirts is enough to completely dismiss all those derogatory nicknames like the ‘Carpenter Tsar’ and the ‘Savage Tsar,’” Tarasova said. “The emperor was a person with good taste and an extensive, elegant wardrobe. True, when he arrived in Paris without frills, ruffles and wigs, French dandies ridiculed him and called him a barbarian. But, deep at heart, the French envied Peter’s brutality and willpower, and once he was gone, they started copying his style.”

One of the most intriguing sections displays masquerade costumes created especially for a ball in 1903 at the Winter Palace celebrating the 300th anniversary of the Romanov dynasty. Russian aristocrats took their ballroom dresses seriously: Sumptuous bejeweled costumes and exquisite richly decorated dresses were made out of the finest fabrics and often involved the elaborate handiwork of lace makers, embroiderers and seamstresses. No less striking are the military uniforms that once belonged to royals.

The Hermitage also boasts an impressive collection of folk clothing, including traditional wedding gowns from various Russian regions. “The folk items were purchased during the museum’s ethnographic expeditions,” Tarasova said. “What is really precious about them is that we know the story behind each dress or shirt – the occasion the garment was created for and the person who owned it. Such displays do make history very tangible, very meaningful. They make it something people can easily relate to and feel close to.” 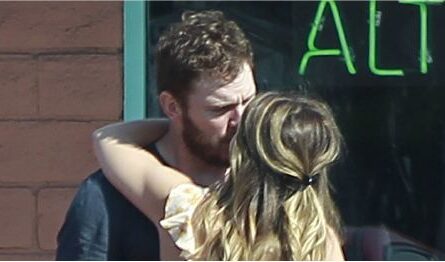 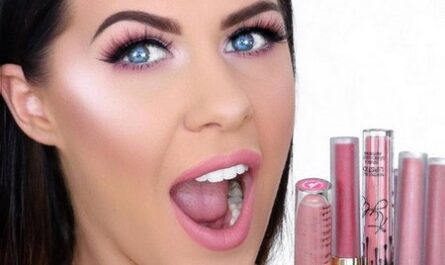 Climate talks are not enough