It’s a move that’s been spearheaded by Zac Goldsmith, the Department for Environment, Food and Rural Affairs (Defra) minister with responsibility for animal welfare who once described the fur trade as “one of the grimmest of human activities.”

Boris Johnson’s fiancée Carrie Symonds, who is an avid animal rights protester, has also been vocal on her views on fur, describing anyone who wished to buy fur as “really sick” and that clothes brands were “nuts” to sell it.

Victoria Prentis, undersecretary of state at DEFRA, said in a statement today: “During the transition period, it is not possible to introduce restriction relating to the fur trade. Once our future relationship with the EU has been established there will be an opportunity for the government to consider further steps it could take in relation to fur sales.”

The news comes after many brands and retailers, including Net-a-Porter, Chanel, Prada, Victoria Beckham and Michael Kors publicly announced they’re moving away from using and selling fur products in their collections. 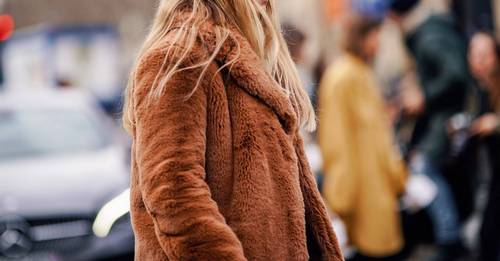 It was also recently revealed that the Queen will no longer wear fur after her dresser, Angela Kelly, wrote in her memoir, The Other Side of the Coin: The Queen, the Dresser and the Wardrobe that “If Her Majesty is due to attend an engagement in particularly cold weather, from 2019 onwards fake fur will be used to make sure she stays warm.”

It looks like fur sales could be banned in the UK very soon. The government announced that they’re drawing up plans to prohibit the sale of clothes containing fur as part of Britain leaving the EU’s single market and customs union, which will take place on 1 January 2021.

The ban would cover fur imports from all species of animals, but there might be exemptions for fur used in religious ceremonies or for the sale of vintage fur, Politico reports.

Humane Society International UK executive director Claire Bass said of the news to ban fur sales: “We welcome signs that the UK government is taking seriously public calls for a fur sales ban, because that is what the vast majority of British citizens want, and that is the morally and politically consistent thing to do. The UK banned fur farming two decades ago precisely because it’s an inherently cruel business, so we cannot in good conscience continue to sell fur from millions of animals suffering overseas.”