Samantha Cristoforetti, an Italian astronaut with the European Space Agency, is someone who understands how it feels to be confined to a small space for long periods, more than most. She spent six and a half months in space (199 days to be precise), and up until June 2017, held the record for the longest single space flight by a woman. 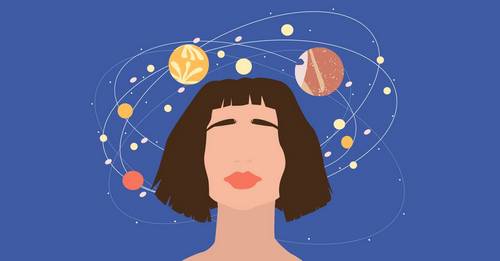 Firstly, I must say that being in space wasn’t a struggle for me. Astronauts take it as a huge opportunity being in space. It’s something to enjoy. We knew in advance that we were going to be there. So I would say psychologically reframe this experience and try to make the most of the time. Ask yourself if there are things you can enjoy about it? I am getting to spend a lot more time with my three-year-old daughter, for example.

2. Keep Busy And Have A Schedule

On the space station we rarely had any free time. I always felt I didn’t have the time to do anything extra that I wanted to do. The routine is very structured from 7am to 7pm. Some people would go to sleep at 8pm rather than use their free time, but I’m a night owl and would often stay up until 1am. Having a schedule definitely keeps the momentum going. The big difference with the pandemic is that we have no idea how long it’s going to last so it’s good to have a project.

I was on the space station for six and a half months with two other astronauts. During this time, we had an hour scheduled into our calendars every week for personal calls with family and friends. We also had access to the internet (depending on what stage of the mission we were on) so we could send emails.

You can actually call any phone number on earth from the space station, so I used to call some of my friends.

It was more of a novelty for them to chat to someone in space. Social interaction is really important. Some of us are extroverted and have no problem picking up the phone. But for others it’s a big effort, but it’s really important to give yourself a goal for social contact.

In space we had a private space that was just for us. It was just like a booth. But no one else could come in. It’s important to have a place like that, that is just for you. This is a difficult time for many. If you’re living in a crowded apartment, for example, it’s a huge challenge. Think about the space you’re in and how part of it could be used for your private time. If space is tight, maybe rotate the space and take turns to get relief from being around people all the time.

5. Communicate Openly And Be Kind

Being in such close quarters with others can lead to people getting on each other’s nerves. Psychologists are involved in the astronaut training and selection process. They tend to pick certain personality profiles. But all of us, including astronauts, are finding this pandemic challenging. There are little things that we can all do. Keeping communication channels open is crucial. And adopting a mentality that we are all in this together. We have to be compassionate to ourselves and to others.

In space we were privileged to have a gym so we could run and do other exercise. For those at home, there is a lot you can do with your own body weight to keep fit and strong.

7. Laugh And Have Fun

On the space station we often used our sense of humour to diffuse situations. I took the duration of the mission as an opportunity to be free and not worry too much about a beauty routine. Before I started one mission I got one of my crew mates to meet my hairdresser to learn how to cut my hair. While in space, I got a haircut. It took him about three hours. We had a laugh about it afterwards as I looked like a character from Star Trek. I’ve always been a Star Trek fan! I also had a project to make an espresso while on board. A coffee company managed to make a machine that could work in space. It tasted pretty good but not the same as the coffee you’ll get in Naples.