It may feel like a drop in the ocean right now, but remember that exercising your right to hold your political representative to account is one of the quickest and most influential ways to make your voice heard and ignite meaningful change.

Furthermore, your email will give your MP proof of public opinion in parliament which will, crucially, be used to put pressure on the government. And change cannot happen without pressure.

By now, you’ll be aware of the death of George Floyd, a black American man, at the hands of white police officer Derek Chauvin on May 25th in Minneapolis, the subsequent protests taking place around the world, and the long overdue – but entirely necessary – conversation about systemic racism and white privilege.

If you’re wondering how you can utilise your outrage to affect long-term change, one thing the majority of us can do in the UK is write to our MP.

So, how do you go about writing to your MP?

Start by visiting Write To Them, which helps you identify your council representatives and MP if you don’t already know who they are. If you want to use your MP’s direct email address, use the ‘Find My MP’ tool on the UK Government website.

Next, you can either let your thoughts flow freely, or you can use one of the many useful templates circulating on social media. After the below Twitter call-out by Zing Tsjeng, journalist and author of the Forgotten Women series, many started replying with Google Doc links to their own letters and draft templates.

Please don’t just post a black square. Write to your MP now with these demands:
– Immediate suspension of UK sales of teargas, riot shields + rubber bullets to the US
– Condemn Trump’s use of force against his own citizens
– Release the delayed report into BAME Covid deaths

The below template contains a useful paragraph on addressing the UK sales of anti-crowd teargas, so-called ‘rubber bullets’ and riot shields to the US, which are being used against peaceful protestors, as well as about Trump’s anti-democratic use of force against his own citizens.

“Below you will find a series of letter templates. They are yours to use as you see fit,” reads the below, drafted by tutor and activist Aileen McKay.

The below template, by writer Monica Heisey, is also particularly useful in articulating why MPs should address the newly-released – and hugely delayed – report into BAME COVID-19-related deaths.

sent a version of this letter to my MP, asking the UK to release the BAME COVID report, halt sales of riot gear to the US and condemn Trump’s violence. if you’d like to use it, tweak it a bit (copied/pasted stuff gets sent to spam). i hope this is useful. https://t.co/4alMvAB4Vb

It’s important to use these templates as a springboard and edit them to write your own personalised email, particularly because too many similarly worded emails may start registering as junk or spam.

Make sure to also include your address so that your MP knows you’re a constituent; a constituent who can and will vote them out based on their action on these issues.

Finally, let’s not forget to keep applying the pressure to our political representatives, and remind them that we will keep campaigning for equality and making sure they use their position of power to incite justice and change. 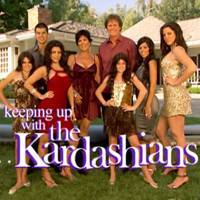 Kardashians: You won’t believe how different the famous family looked