A black dog. That’s how Winston Churchill described depression. A dark companion that lies quiet in the good times and is your master in the bad. Its arrival is hard to predict, just as its departure seems impossible until it has happened.

Depression is as varied as the people who experience it, as shifting in form as a murmuration. Yet its flavour is unmistakable.

It is twenty years since my own black dog stalked away. Twenty years since debilitating depression saturated my every thought and act. Survivors are forever wary that the dog will return. That it will overcome the new defences, leap the redoubts. It’s always out there somewhere, skulking; reminding us to watch our step.

Mental illness affects around a quarter of us at some point in our lives, with more than 300 million people battling depression worldwide and academics at greater risk than many. The pressure to publish, make an impact, win funding, chase tenure, engage the public, shine on social media and influence policy, combined with failing experiments, lone working and rigid hierarchies, are all threats to our well-being. Yet our job is a thing of beauty, too. To explore new ideas, to grapple with the unknown, and ultimately to understand: that is a privilege.

As scientists, we talk, a lot. To our students and peers, to policymakers and funders. We become experts in telling the world about our work and opinions, but we risk not truly hearing ourselves or those around us.

My own two decades of silence were borne of fear. Fear of ridicule and mistrust, of overt hostility and covert isolation. Talking to friends, sharing memories of the dark times, has tempered these fears. Although speaking openly about my illness still makes me anxious, it is nothing to the waking nightmare lived by my student self.

If I could speak to him now, I’d tell him not to be afraid, to trust in people. I’d tell him how wonderful the warmth of those he spoke to will feel, how sharing the pain of his mental illness would diminish its effects, not him. I would hug him and whisper: “You are not alone.”

Early one year in the mid-1990s my undergraduate road was nearing its end. Three years of marine biology, substance abuse, mild poverty and falling in love. By October, I was a doctoral student 500 kilometres away from family and the love of my life.

It was natural to be scared. New people, new place, unknown rules and expectations. On the tall stool at my carefully demarcated square of lab bench I sat each day, trying to fathom the instructions of my supervisor. The research was on impacts of warming in the Southern Ocean – growing algae in the lab for starters, maybe a trip south later on. It was a masquerade from the start. The techniques and equipment were alien, my nodding response to instruction, an act. I tried to mimic the easy confidence of the other students, to fit in. My supervisor and his group must have assumed I had some idea of what to do. I hadn’t. Not a clue.

Batch after batch of my growing medium went bad. Each morning, returning to the lab from my bedsit, the large glass bottles would have the unmistakable milkiness of contamination. Hours of weighing, mixing and sterilization would follow as I flushed with embarrassment and tried to suppress a mounting fear. Fear of being reprimanded. Fear that I was just too stupid. Fear that everyone would find out.

The days merged into weeks; the failures continued. My supervisor called me to his office. He was unimpressed. I needed to do better, work harder, get it right. Walking back to my bench that day, a black dog walked with me. When exactly it had arrived I can’t say. I was 21. My ramshackle mental defences had been crumbling for a while. I’ll never know what tore the breach. It may have been an admonishment from a lab technician or just one more cloudy culture bottle. Whatever had splintered the final defence, depression was my new master.

It is amazing how we can maintain a facade of normality while behind it a maelstrom of disintegrating sanity roars. By Christmas, I was thinner and quieter, but still me. Time with family and fiancée kept the black dog subdued. It waited.

Instead of seeking help, I counted down the remaining days of holiday like a condemned man. Sometimes you can see deep depression coming for you, slamming doors of escape, tightening the orbits of desperation. Deciding I would kill myself was a relief. I wrongly felt that it was the only door left open. One place the black dog could not follow.

Saying goodbye to my family when I returned to university that January was brutal. My mask could not withstand the warmth of those people I so loved. Through the sobbing, fear drove me on, piloting my body through the long journey back to my term-time lodgings.

Alone in the house I ran a hot bath, drank whisky without tasting it and selected the sharpest kitchen knife. I sat in that bath for an age. The knife hurt on my flesh, whisky or no. I wept and retched and wept some more. Too afraid to cut deep, anxious about what people would think, about the pain. I drained the bath and went to bed.

The months that followed were a fluctuating grey-scale of near-normality and despair. Depress-ion is exhausting. Even eating and washing felt irrelevant to my own contracting existence. Some days were doable, others I spent lying balled and wide-eyed, waiting for the night. When it arrived, sleep delivered only confused marathons of lost time.

My second attempt at suicide came just before Easter and was longer in the planning, the means gleaned from the Dick Francis mystery Comeback and obtained from the lab’s chemical store. An injection, some nausea, a short blackout, that’s all.

Throughout this period I self-medicated with alcohol, and cannabis when it was available; anything for oblivion. I didn’t seek help, therapy, or prescription drugs, nor did I quit my PhD. I survived long enough for help to find me, eventually.

By the summer, life settled. Research, relationships, even my supervisor: all the quakes that had brought down the walls of my mind were still. I laid plans for work on an icebreaker in the South Atlantic that coming winter. It was exciting, an opportunity I had dreamed of, and yet still one in which I pictured my own destruction: deep inside, thoughts of suicide lingered, a secret obsession. A vision of slipping unseen into a remote sea, all a terrible accident, a tragic loss.

It was people who saved me. They still do. A warm word from a friend, a joke and a moan with a colleague. Day by day, piece by piece, the people around me unknowingly brought my mind back to health. One man in particular – a beautiful human and can-do lab technician named Paul Beckwith – helped me to trust in others, to share and to belong.

In December, just over a year after the start of my PhD, I joined the research ship near the Falkland Islands and my convalescence accelerated. I sipped daily on a tonic of big-hearted, inspirational and funny scientists. Being stuck together in floating isolation for months could have been torment. Instead it was my salvation.

The cloudy jars and experimental despair were replaced by thriving baths of algae, and geeky thrills as the microbes responded to artificially induced future climates. Even through the darkest days, gripping my lab bench to suppress the convulsions within, I never hated the science. Now that I could finally understand how to do it, I loved it.

The savage beauty of the South Atlantic, its sparkling wildlife and scientists, will always be a touchstone for me. A month after joining the ship and at the end of a long night shift, I stood alone on its rolling deck. Dawn broke, and tears streamed down my face. Tears of joy and release. The black dog was gone.

The two decades since have sewn their own patchwork of light and dark. Deaths of those close to me, including the beautiful Paul, have called my black dog close again at times. But, for me, it is kept at bay by lucky brain chemistry, and the warmth and understanding of my wife (that love of my life), and of our children and friends. Not everyone is so fortunate.

As the supervisor of dozens of students and staff, empathy is useful, listening is vital. Just a chat, making time for people; it can mean the world. We are mentors, not therapists, but our university commun-ities are under enormous stress. Insecure jobs and mounting debt, endless metrics and poor management – all are risks to our mental health in the edifice of corpor-atization that our higher-education system has become.

Awareness is growing, with supervisor training, peer-support networks and counselling services now commonplace. More importantly, the stigma of mental health issues is fading. Whether it’s to a friend or loved one, a therapist or colleague, those afflicted by mental illness must feel secure in speaking out. Silence was for too long the enemy of my own healing. Next time that black dog comes close, it will be met with a roar. 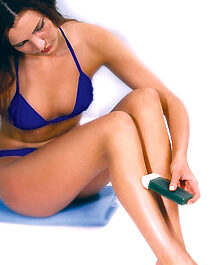 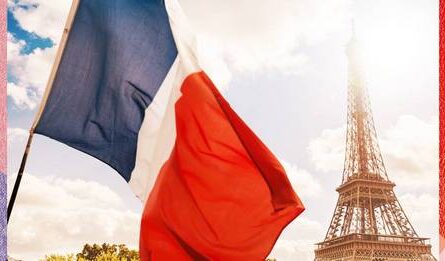