Whilst the Queen has a plethora of famous fur coats and cloaks for official duties, she has apparently decided to stop wearing the ‘cruel’ product.

The Queen will go fur-free for the first time, according to her official dresser, Angela Kelly.

In her new memoir, Angela Kelly writes: “If Her Majesty is due to attend an engagement in particularly cold weather, from 2019 onwards, fake fur will be used to make sure she stays warm”.

It is not yet known whether this rule extends to the official outfits she’ll wear for state occasions (she has several historic fur items in her wardrobe), but it’s certainly a bold new step in the right direction. 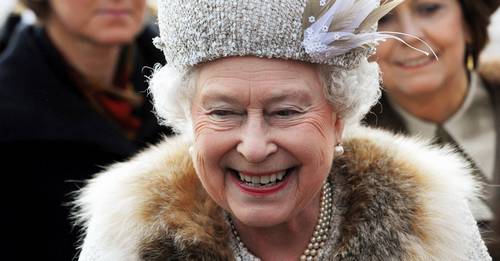 Speaking about the decision, PETA Director of International Programmes, Mimi Bekhechi, said: “PETA staff are raising a glass of gin and Dubonnet to the Queen’s compassionate decision to go fur-free. This new policy is a sign of the times, as 95% of the British public also refuses to wear real fur.”

Likewise, Claire Bass, Executive Director of Humane Society International, told The Telegraph: “We are thrilled that Her Majesty has officially gone fur-free. Queen Elizabeth’s decision to ‘go faux’ is the perfect reflection of the mood of the British public, the vast majority of whom detest cruel fur, and want nothing to do with it.

“Our Head of State going fur-free sends a powerful message that fur is firmly out of fashion and does not belong with Brand Britain.

“The UK banned fur farming almost two decades ago because it was deemed too cruel, now we must finish the job and ban fur sales too. We are calling on the British government to follow Her Majesty’s example and make the UK the first country in the world to ban the sale of animal fur.”

Although the main pride events have come and gone for the year, it doesn’t stop there for other voices in the community.

The leading charity for the LGBTQ+ Muslim population, Imaan, is celebrating 20 years since its launch and to commemorate, they started a Crowdfunder page to raise the £10,000 needed to celebrate a pride event celebrating LGBTQ+ and Muslims in a first of its kind event.

Often left on the fringes of the LGBT community, Imaan has created a safe space for those facing homophobic, biphobic, transphobic and Islamaphonic abuse. It’s a place to avoid intersectional abuse.

“We want to turn to our wider friends and communities to raise funds to cover some of the costs of a unique festival that will celebrate LGBTQ+ Muslims on the occasion of Imaan’s 20th anniversary. The event will build on the incredible events we organised in the past and feature panels, discussions, speakers, arts, culture and history – a first for LGBTQI Muslims,” says their Crowdfunder page.

The event itself is reported to include a range of talks and displays of arts and culture, and whilst there isn’t a set date as of yet, it’s a barrier-breaking event that we’re seriously here for.

Billie Eilish, Lizzo, Lil Nas X, and Everyone Else Who Took Home a Grammy This Year

5 Sex Positions Ideal For Anyone With a High Sex Drive