The discussion ended with not only a lively debate but with Edwina pulling a political fast one using the oldest trick in the book; distraction and scapegoating. The distraction? A toxic and passive aggressive attack on the size of my batty and using obesity as the scapegoat for the government’s incompetence.

Last week, on the 19th August 2020, I appeared on Good Morning Britain in a panel discussion with Edwina Currie, former UK Health Minister. We were debating whether the Government’s regulations on Covid-19 were confusing or down to using your common sense.

I’ve been very vocal on how I feel Boris Johnson and the government has had a disgraceful approach and response to the pandemic. The list of failures is extensive and in my opinion includes letting down nurses, porters and doctors with a lack of PPE. The high numbers of BAME deaths, which is less to do with the virus being prejudiced but more to do with how POC are valued and treated in our society.

I also went on to argue that Johnson’s consigliere, Dominic Cummings, gave the British public, a textbook definition in double standards and gas-lighting, as he apparently bent the lockdown rules to go on a 60-mile eye test drive on his wife’s birthday to a local beauty spot. The government’s flip flopping and nonsensical policies on its Covid-19 rules has also been eye watering.

In my opinion and those of many of my beauty colleagues in the Beauty Backed campaign, it was a misogynistic decision to keep the beauty industry closed when you could get your beard trimmed and have a pint without any masks.

We all saw the disdain and the PM sniggering in the Houses of Parliament when being questioned on opening the beauty industry, which generators £28 billion and employs over 600,000 people many of them women. I personally signed a letter to Boris Johnson along with many of my beauty colleagues, which saw yet another U turn happen.

The lack of trust and, in my opinion, total negligence in the disaster over the GSCE and A Level results, as well as the U turn on secondary students now being asked to wear masks in communal school areas, has left many of us confused and concerned over our safety.

I made all these points on GMB and when it looked like Edwina was drowning in a sea of facts, she pulled a fast one and offered misdirection, literally in the shape of my body and millions of others.

Edwina Currie cited obesity as the culprit and insisted people at home should shape up and drop the weight. Now, I’m not saying carrying extra pounds doesn’t lower your defences when fighting illnesses but the cynical way she tried to bait and blindside the debate was extremely disappointing.

After the debate, I was bombarded with racist, misogynistic and body-shaming bile on my Twitter with people telling me to “eat a banana”, of all the fruits this smacks of being just a tiny bit racist. I felt the subtext being how dare I speak up, I was told I was a know it all, I was only on GMB as they were desperate to have more black representation and not because of the quality of my arguments and 20 year career as a journalist.

Some trolls even asked why GMB had asked a beauty journalist on to debate politics. Are we in 2020 or 1920? Can’t I talk about the power of a red lip and politics, do people really think I can’t discuss both and that they both have equal value …. well to quote A Handmaiden’s Tale…”under his eye”. Truly terrifying times we live in.

The whole sorry episode on Twitter on how people feel they can attack my melanin, profession, question my intelligence and debating skills and body has been illuminating and I’m thankful to the trolls.

Most people who think of themselves as not racist, often don’t see this vicious, vile racist side of society. It’s locked behind closed doors, around carefully selected dinner parties and huddled around the water fountain in offices. When I talk of microaggressions and racism in the UK, I’m often told these no longer exist. So I thank Edwina Currie and the trolls for showing people what I’ve been discussing and trying to highlight.

When Currie came for my body in a thinly veiled attack and tried to lay the blame, in my opinion, on obesity rather than the government’s poor excuse of a pandemic response, I wasn’t shocked. Throughout my career and life people seesaw between underestimating me based on my melanin and then getting angry at my “uppity” audacity to clap back.

Scapegoating is nothing new, Hitler blamed the Jewish community for the economic post WW1 depression, Trump has blamed the socio-economic sickness of America on Mexican illegal immigrants and promised to build his wall (the only one being built was the one he hid behind when the streets of America were on fire with BLM protests).

I remember John Major’s government blaming single mothers for all our economic woes and his pledge to go back to basics with good all fashion decency and ideals….I don’t think an illicit extra marital affair with Edwina Currie was quite what they were thinking of? Well today ladies and gentlemen, we have our very own scapegoats and the first victim was alluded to with the size of my batty on live TV.

I think the trolling I faced wasn’t about concern over my BMI but that I dared to be me, with my dark skin, curvy West African body, 4C coils and as a beauty-loving woman speaking about politics on TV.

Where was the meeting that says you can only discuss politics and be taken seriously if you’re a middle-aged grey man or women in a grey suit? where was the meeting to say I can’t be me wearing a glittery crown (many dismissed my headwear as Christmas tinsel) and have the right to go head to head with the ex UK Health Minister and debate the facts?

I have a thick skin and a Teflon soul thanks to my father who had a touch of a sociopath about him and as a teenager told me that no one would ever love me based on my size.

I can spot a bully in 10 paces. I don’t sweat the small stuff like Edwina Currie and a few cowardly trolls. I welcome respectful debate and counter arguments. It’s a sign you’ve lost the debate when you feel the need to comment on appearances instead of the facts.

Judging and feeling the right to comment on women’s bodies and scapegoating stretches back for centuries. It’s sad to see we haven’t really come that far in 2020. Women for centuries have been made to feel they should be small in every sense verbally and physically. The fact I dared to take up space with not only my voice but also with my black body really triggered lots of people. Good.

Enough is enough and it’s time to acknowledge these issues, discuss them and lance the boil so to speak. The world has changed post Covid-19 and I don’t want to go back to normal but move forward into a more just and equal world. 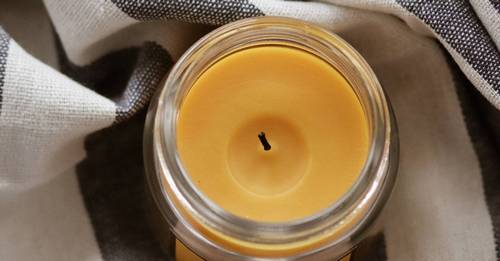 Are your candles tunnelling in the middle? Follow this genius hack to fix it