Despite their intense attraction for one another, there is one big issue that constantly pulls them apart: Daphne wishes to marry and have a family of her own, while Simon has sworn off of having children. As their romance unfolds, it becomes very clear that they aren’t the best fit for each other.

When I heard that Netflix’s new series Bridgerton was essentially Gossip Girl with a period piece twist, I was all in. As I binge-watched the series, I became fixated on all the drama and romance, but as I neared the end of the first season, I found a lot of fault with the two main love interests.

For starters, Daphne and Simon are two very different people. While opposites attract, it’s their opposing outlooks on what they want for their future that really drive a wedge between them. From the get-go, they are trying to change each other. 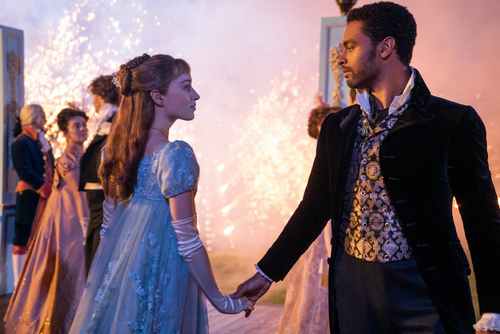 Despite Simon making it entirely clear that he doesn’t want kids, Daphne constantly tries to change his mind, which just leads to more conflict. On the flip side, Simon isn’t entirely honest with Daphne about why he isn’t able to have kids. In a healthy relationship, you should grow together. What you shouldn’t do is push the other person to be what you want, while you selfishly stay the same. It should be a two-way street. 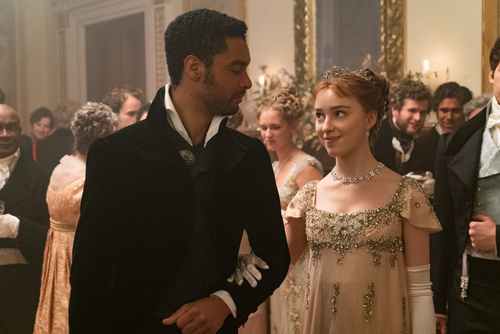 While their relationship is consumed in fiery passion, it’s also overwhelmed with darkness. As they constantly try to make their relationship work, they become the worst versions of themselves. When a steamy kiss between them jeopardizes Daphne’s social standing, Simon would rather participate in a duel and die than marry her. Even though he has feelings for Daphne, he insists on holding onto a vengeful promise he made to his dying father to never produce an heir, rather than have true happiness.

While their relationship is consumed in fiery passion, it’s also overwhelmed with darkness.

Even though he does eventually marry Daphne, their relationship doesn’t get any better after their wedding. Daphne gives into her dark side when she realizes that Simon isn’t unable to have kids, he simply won’t allow himself to have them. Overwhelmed with anger and resentment, she takes matters into her own hands and tries to get pregnant, despite his wishes.

As a result, Simon vows that if she doesn’t end up being pregnant, they will remain married “in name only.” If that isn’t the definition of toxic relationship, I don’t know what is.

Listen, I love a star-crossed romance as much as the next person, but the truth is, they don’t usually make the healthiest relationships, onscreen or otherwise. While Daphne and Simon are able to set aside their differences and come together by the final episode, that doesn’t make the foundation of their romance any less unstable. Their relationship was literally based upon lies and deceit. Since the season finale sees them welcome their first child, it will be interesting to see how they navigate their relationship with all the struggles that come with parenthood in a potential second season.

Netflix’s Animated Musical Vivo Normalizes Latinx Representation For Us All