As a kid, my household was abnormally draconian. We lived in a suburban neighbourhood we couldn’t afford because my parents wanted my two sisters and I to get a better education.

There’s a common stereotype that Muslim men are ‘abusive’, so I want to make it clear that this is solely my experience and isn’t representative of Muslims as a whole, but my father was very controlling. He juggled three jobs and was under a lot of pressure. He had to know where we were at all times, and we had to seek permission to do anything – even after-school activities – and as the eldest, I looked after my younger sisters.

Throw in the times I was called ‘primitive’ or a ‘demon-worshipping terrorist bitch’ by my classmates, and when I was held back in Qur’an school because I couldn’t understand Arabic, and it’s safe to say I felt a lot of pressure surrounding my faith and identity growing up.

It didn’t help that I was queer which felt very isolating – I couldn’t talk about sexuality at all, even if it was a heterosexual crush. And that hasn’t changed when it comes to my family. My parents have a very narrow view of who I should marry. It’s almost a political decision; if I rejected our culture and religion by marrying outside of it, to them, I’d be rejecting them, too. 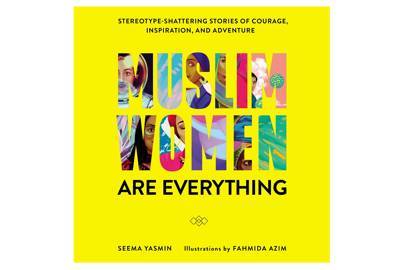 But slowly, as the years passed and I met new people outside of my family and school – including other queer PoC Muslims – and listened to their stories, I realised that I could be accepted for who I am by my wider religious community, and by the world. Sure, I felt more connection to my other communities – my queer and PoC communities, and the grungy, punk, rebellious subcultures I gravitated towards – than I did to my religious circles. But crucially, I learnt that ‘Muslimness’ wasn’t incompatible with the other sides of my identity.

We’re a kaleidoscope of intersecting cultures, ancestors, orientations and sexualities touched by the same spiritual thread

It’s not my parents’ fault that I didn’t realise this sooner; they’ve been subjected to so much prejudice and their entire lives have been moulded around survival.

But I don’t want other women to feel like I did, and that’s why I want people to know that there’s no singular way to be Muslim. We are so varied in our experiences. We’re a kaleidoscope of intersecting cultures, ancestors, orientations and sexualities touched by the same spiritual thread. It would be hugely ignorant to flatten us to a single representation, yet we are so often confined and constrained by society’s definitions and expectations.

As Muslim women we are all different, yet everyone – from school-kids to the government and the media – seems to have an opinion on what we can and can’t do. Alongside regular microaggressions and systemic prejudice, there’s a never-ending parade of preconceived, predetermined expectations and judgements of what we can wear, where we can go, who we can love, and what ambitions we can have.

I hear these judgements all the time. I’ll go out dancing with friends, and if someone finds out I’m Muslim, they’ll say: “What, like Muslim Muslim?”; the underlying subtext being that Muslims can’t be fun. I’ve dated people whose friends, when they find out I’m Muslim, have made comments like: “I didn’t know you were into that.” Just because I don’t wear a hijab, people constantly assume I’m Hindu or Indian.

Someone I’ve known for over a year – so is aware that I’ve got a book out on Muslim women – was flirting with me recently and said: “Your name is beautiful, are you named after a Hindu goddess?” Random people will even greet me on the bus with ‘namaste’ (yes, I’m being totally serious).

That’s why I think we must normalise the different ways Muslim people express our spirituality, and that it’s not just following every letter of the Qur’an. I’m not super pious. I’m not a stickler for praying five times a day, I don’t go to masjid all the time, wearing the hijab isn’t for me. But religion has always been a big part of my life and has shaped my world immeasurably.

So, there’s a wide variety of women in the book I’ve just illustrated who express their piousness in different ways, from those who eat pork to those who live by the Qur’an. It’s so important to me to use illustration as a tool to help reclaim control over our image, our narrative and our boundaries for what we think is possible for Muslim women. Is it overly grandiose to think I can draw myself – and my community – to liberation? Yes. But every now and again, I get messages from people who say my work helps them feel seen. So in a small way, maybe it’s working.

Has lockdown sent anyone else on an absolute emotional rollercoaster?

At-home acupressure is a clever shortcut for some self-soothing