Winged eye-liner is a daunting step in most of our makeup routines as it can make or break an application. Yet, for some reason, most of us out there put ourselves through the anxiety of getting that flick right every.single.day.

I can confidently put my hand up and say that I am THAT person and it is a stressful part of my morning routine. Especially for someone like me who has slightly hooded eyes, making smudging and zig-zag flicks a common occurrence.

As a result, brands have endlessly attempted to make liquid liner as fool-proof as possible for us, from gems such as Kat Von D’s Tattoo Liner to Charlotte Tilbury’s Feline Flick. However, now Ciaté have teamed up with Drag sensation and Ru Paul star, Courtney Act, and taken it one step further. 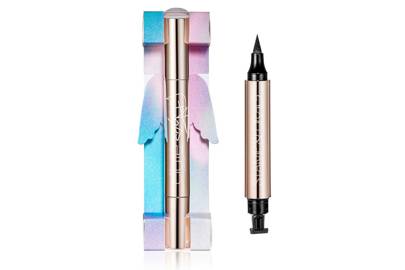 Rather than just a liquid liner, they have released a dual-ended stamp called the Stamp and Drag Liner, which claims to enable you to create the perfect symmetrical wing.

You *stamp* the wing onto each corner of your eye and then *drag* the liner to create the perfect wing.

Is this the answer to finally stop winging winged eyeliner, or just a gimmick? I’d try anything for a few extra minutes of beauty sleep in the morning.

Fair complexion, with slightly hooded eyes (that I could swear are different shapes) making one eye easier than the other when it comes to winged eyeliner and tending to ALWAYS make my flick fatter than intended – Cleopatra who?

Now, for someone who lines the eye first and then attempts the flick, this reverse application was alien to me – especially as the stamp initially looks FAT, way thicker than I would usually (intentionally) make my flick.

I’m not going to lie, I spent a hot minute hovering the stamp over the corner of my eye absolutely terrified to press down, but once I committed, the wing came out as the perfect jet black flick – better than anything I could have ever done with a standard pointed liner.

Then I took the liner end and lined my eye, connecting the wing along the way which, thanks to the sharp pointed tip, I literally did in one swipe.

The real test was getting the second eye symmetrical. This took another (flustered) minute of me altering the angle of the stamp back and fourth – not dissimilar to a windscreen wiper – in attempt to get the wing flicking the same way.

This eye took a bit more fixing up but it is definitely a case of practice makes perfect – and remember, just like eyebrows, your flicks are sisters, not twins!

Have you ever had one of those rare days where your eyeliner is so on fleek you feel you need to take 100 plus selfies just to document the proud moment? The stamp end of the liner creates the perfect shaped flick that that is reminiscent of those days and completely changes the game.

Even though the packaging is chunkier than the usual thin liquid liner, it’s this exact design that makes the stamp so easy to control.

Also, the actual product inside is insane. Not only is it jet black in colour but she does not budge. I wore this the whole day throughout GLAMOUR’S KylieXGlamour pop-up and my stamped wing did not move, smudge or crease an inch by the end of the day.

*Spoiler alert* I haven’t worn a different liner since.
The only catch is that it definitely takes a little practice to get the placement of the stamp right which is nerve wracking at first – but before you know it, you’ll be cutting minutes off your makeup routine. It’s a great product for anyone learning how to do winged liner but also for everyday use when you just cant be bothered to get through a thousand Q-tips trying freehand.

It felt like a crime when it came to taking off my makeup in the evening, literally removing perfection. I even had an internal debate about how bad it would be to keep the liner on – answer *very bad, don’t ever do that*.

The best liquid eyeliners to get that perfect line every time 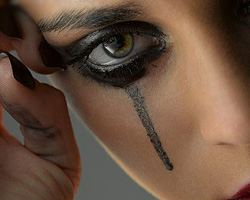 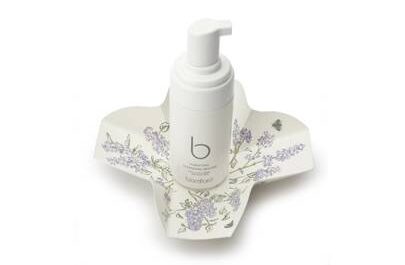 Hey you with the dirty face, try these cleansers 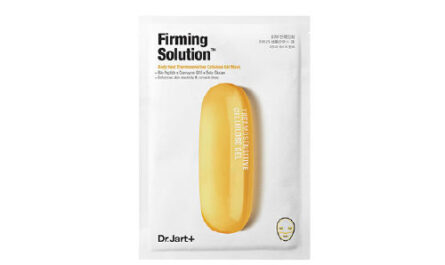 16 of the most effective tissue masks