When you’re in your early thirties and you don’t have children, people like to remind you that your fertility will plummet the second you blow out the candles on your 35th birthday cake.

Scaremongering news headlines start to shout directly at you: I certainly fit the profile of a career-focused, urban-dwelling type who’s ‘putting off’ having children to a tee. But far from ‘putting it off’, I’ve always dreamt of having children. It’s just that, until recently, I hadn’t met someone to have them with.

After a string of relationships in my twenties that didn’t work out – a valuable learning curve – I met my current boyfriend. I was 31, he was 27. Of course, I worried about him being younger than me, but he was grounded, kind, loving and, in many ways, far more mature than older guys I’d dated.

Before long, we were discussing our future and although children were part of that, it was clear he wasn’t ready yet. We agreed to try for a baby in a few years’ time, but it wasn’t ‘problem solved’ – my relief that we had a time frame in place was short-lived. What if ‘in a few years’ was too late? My anxiety grew. Well-meaning enquiries from loved ones about my future plans began to elicit an unpleasant sting. Every day, I felt my chances of being a mum were dwindling.

“Endometriosis took away my dreams of having a big family, but I’ll never stop fighting it” 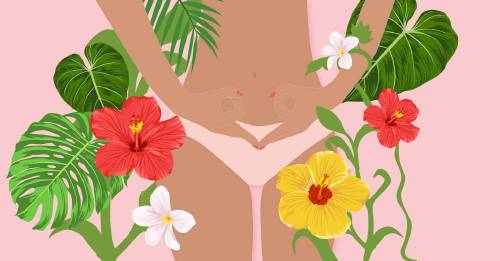 During one of my increasingly frequent, angst-filled bouts of insomnia, I googled ‘fertility in your thirties’ and I stumbled across a ‘Fertility MOT’ service offered by The London Women’s Clinic, a private fertility centre based on Harley Street.

For £370, they would test my blood to measure the levels of anti-Müllerian hormone (AMH) and give me an ultrasound to determine my antral follicle count (AFC), both of which provide an indication of your ovarian reserve, ie how many eggs you have left. The ultrasound would also check my reproductive system for fibroids (non-cancerous growths on the uterus) and ovarian cysts, which can interfere with fertility. The tests would be followed by a consultation with a specialist obstetrics and gynaecology doctor and a counselling session, if needed.

The next morning, I rang the clinic and booked my MOT. While I was hoping to get reassurance that time was on my side – and the baby-making could wait – I’d had enough of grappling with abstract fears about my fertility. I needed to know where I stood, for better or worse.

Before my appointment, I spoke to Dr Zeynep Gurtin, a senior research associate at The London Women’s Clinic and a visiting researcher at the Centre for Family Research, University of Cambridge. She told me that the clinic sees around 100 women a month for this service; the majority are in their thirties and around half are single. “It gives a woman detailed and specific information about her fertility status, including her chances of conception now and in the future,” says Dr Gurtin. “Even when the results are uncomfortable or upsetting, the knowledge can be empowering and increase an individual’s options.”

Uncomfortable, upsetting truths? Gulp. When I told my thirtysomething friends about my upcoming fertility check-up, I was met with mixed reactions. Some shrugged it off as unnecessary (“you can have a baby at 40 these days”), others were shocked that I’d want to find out.
For my friend Claire, 34 and single, too much knowledge would panic her. “The possibility of a ‘negative’ outcome would only exacerbate the anxiety I already feel and add even more pressure to meet someone,” she says.

Laura, 32 and also single, adds: “The truth is, I’m not in a position to have a child right now, whether my body is or not.”

Olivia, 33, has been with her boyfriend for two years but still falls into the ‘rather-not-know camp’. “We simply aren’t there yet,” she says. “It’s not that I’m naive about my fertility, but it just seems silly to put pressure on a lovely relationship before we are both ready.”

Their concerns worried me, too – but then I spoke to my friend Katherine, 33, who had a fertility MOT as part of a wider investigation when she struggled to conceive naturally. She discovered that a totally natural conception wouldn’t be possible due to a ‘luteal phase defect’ (where the second half of a woman’s cycle is too short for a fertilised egg to embed in the lining of the uterus). “The doctor prescribed progesterone to be taken daily to extend my luteal phase, and 18 days later we had a positive pregnancy test,” she told me.

Although she had her MOT under different circumstances to my own, I was impressed at the information Katherine had gained. I understood why some women would prefer to roll the dice when it comes to fertility, but for me this was a positive decision. My boyfriend agreed and supported my plan.

I had the initial blood test at The London Women’s Clinic and returned the following week for my consultation. With my legs in stirrups, Dr Ajit Gill, who performed my ultrasound (painless, felt a bit like having a smear test) remained quiet as she swooshed the wand around. No gold star? No, “Wow, you have zillions of eggs”? After ten minutes, I made my way to a consulting room where Dr Gill explained that for a woman of my age, she expects to see an AMH reading of between 6.8 and 47.8. She then said that mine was 7.8, on the low end of the scale. My AFC should be between 15 and 25, but the results showed ten. Pummelled by this news, I struggled to take in what was happening.

Dr Gill asked me a series of questions about my medical and family history, and suggested that I quit smoking and cut down on my drinking (I’d conservatively estimated I consume around 21 units a week) as these factors could negatively impact my AMH levels. Then she advised that I start to plan conception within the next six months, or consider freezing my eggs (a process I knew to be expensive, with a relatively low success rate). By this point I was holding myself together by a thread.

As I left the clinic, a tidal wave of emotion floored me.

I stood alone on Harley Street, clutching an ultrasound of my insides and a printout of my results. Why hadn’t I brought someone along for moral support? Suddenly, I remembered a past abortion and a deep sense of sadness engulfed me – in terminating a pregnancy years ago, had I passed up my one chance of becoming a mum?

Over the following days, the shock started to ease and made way for more rational, clear-headed thinking. My numbers were low, but not dire. I was reminded of all the love and support that surrounded me, particularly when I discussed the results with my boyfriend. Far from running for the hills, he steadied the ship. We had a long talk about it: the results forced us to deal with the reality of my fertility there and then. While it wasn’t an easy conversation, it reaffirmed our ‘togetherness’. It felt that this was no longer ‘my problem’, but something shared – metaphorically and literally he was right there, holding my hand.

A few months later, with some emotional distance, I’ve found a sense of calm and clarity. My initial devastation at the test results served to highlight just how important having children is to me, and I think of my fertility MOT as a step in the right direction on my path to starting a family.

Instinctively, I know I will be a mother. How and when that will happen is still unknown – but now, thanks to my test results, I can make decisions about my future based on a clearer reproductive picture. Whether I decide to freeze my eggs (which I know is not a fail-safe option), try to conceive naturally sooner, or revisit this somewhere later down the line, I now have knowledge and I have options – I’ve found a real sense of empowerment in that. And I’m sleeping a whole lot better, too.

The NHS recommends seeing your GP if you haven’t conceived after one year of trying, and sooner if you are 36 or older or have an existing medical issue that might affect your fertility (such as cancer or a sexually transmitted infection). It’s best for your partner to visit their GP too, as fertility issues can affect both men and women.

“Tests undertaken in fertility clinics (such as AMH blood levels, or ultrasound-guided antral follicle counts) are useful ways of estimating ovarian reserve. They do not provide information on the quality of those eggs,” says GP Dr Babak Ashrafi. “Most, if not all, NHS fertility clinics will also provide these tests where appropriate.” 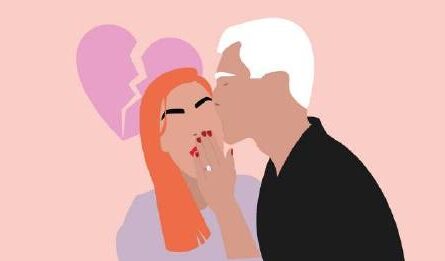