Meghan Markle’s half-sister, Samantha Markle, has apparently told the royal that her New Year’s resolution should be to ‘be honest’ and thank her father, Thomas.

Samantha told the Daily Star that Meghan should thank their father Thomas for ‘building every stage you set foot on’. Here, one writer argues why she agrees with Meghan that blood is not thicker than water…

A grim realisation of adulthood is that here is no happily ever after, every fairytale has its twists and turns, even real fairy tales. So, when Meghan Markle became the Duchess of Sussex at the grown-up age of 37, she knew there would be bumps in her carriage ride to the castle. She just may not have expected them to come from her own father.

Thomas Markle’s behaviour – staged photographs, explosive tabloid interviews, shocking appearances on live television, all with handsome sums of money attached – has promoted pity and disappear in fluctuating amounts from the British public. Couldn’t the Royal Family have treated him better? Brought him under their wing? Does he want to ruin his daughter’s second chance of happiness? Is he only and always just thinking about himself?

But I can understand the Duchess’ refusal to be dragged into an emotional battle with a father who has let her down. News has emerged they hadn’t been on speaking terms for a while, that adult Meghan was always closer and more similar to her mother and her mother’s side of the family, and that this very public (and quick buck earning) devotion of her father – and a raft of half-siblings – is more because they are drawn to her new currency (fame, fortune) than an old love. 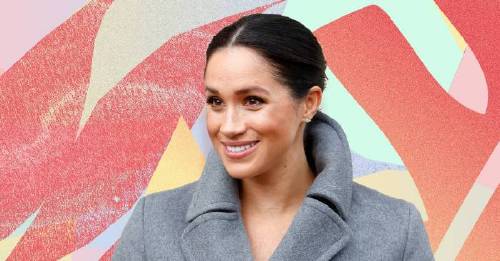 That some social commentators feel Meghan should put up with her family regardless of how they’ve treated her makes me nauseous, because I too have cut off all contact with my birth father and his family, and have never regretted it.

I have only seen my birth father once as an adult. I was 19-years-old and shopping with a friend when I heard a voice I recognised behind me. As the hair on the back of my neck stood up, I knew it was him and turned around to see what his reaction would be. He carried on his conversation with the woman he was schmoozing, looked me up and down and turned back again with no flicker of recognition. I felt a wave of nausea and stumbled away before bursting into tears. My friend followed me in horror and couldn’t understand my mad ramblings. Later, back home and calm, my overwhelming feeling was one of relief: he didn’t know me. He had never been a major influence on my life and I had chosen it to be that way.

From Rachel to royal, these are Meghan Markle’s best beauty moments to date

It is unfashionable to label fathers as villains, but mine was. Unfaithful and spiteful to my mother, disinterested and unsupportive of me, my mother divorced him when I was six and we had irregular contact, always at his whim, for the following five years. When my mother got remarried to a lovely man who was willing to take up the role my real father had abandoned, and a social worker told him if he signed my adoption papers no one could come after him for outstanding child maintenance, he practically begged her for the pen. He could not sign away his legal or financial responsibilities fast enough. I was thirteen and that signature has left a father-shaped hole in my life ever since. My stepfather is a kind and wonderful man, but when your real father doesn’t want you, you question your value in general.

Which is why a recent revelation baffled me. An old friend of his, randomly bumping into my mother, told her that on my real father’s desk at work is a mini-shrine to me. There are pictures and copies of my articles and when visitors ask what it’s all about, he happily fills them in on his author daughter, who inherited his height, good luck and way with words. When I last saw him all those years ago, he didn’t recognise me. But when I became a success, he started showing an interest. What a shame he didn’t feel the same when I was a child desperately in need of her father’s affection.

Finding out about my errant father’s pride unnerved me. I pushed him to the back of my mind when he pushed me aside. So, when this long-lost family acquaintance revealed his renewed interest in me, I felt scared that he’d try to find me and angry that he was taking credit. I was also, as I imagine Meghan is, confused – should I contact him, shouldn’t I?

Ultimately, I came to a conclusion that shocked people who haven’t been through their parents’ divorce or separation, or dealt with a parent that picks and chooses their time to love you: blood is not thicker than water. You do not owe a parent or sibling anything just because you share DNA. If you find love, support and honesty in friendships over family, as Meghan has, well done! Meghan was criticized for only having her mother at her wedding to Prince Harry – no siblings, cousins, aunts or uncles. As someone who understands that not all familial love is constant and unconditional, I commend her for showing her truth to the world and for filling the pews with besties, colleagues, classmates – people who have been there for her.

In this world where we’re running out of time and being pulled in a million directions, we should only make room for those who deserve the space. That is why I happily reject the fake devotion of a father who doesn’t deserve to be part of my life, and that is why I admire Meghan for publicly making that stand, too.