I’m part of a growing number of women in the UK – some even in their twenties – who are becoming solo mothers by choice, mainly through the use of donor sperm. (Latest figures from the Human Fertilisation and Embryology Authority reveal that the number of treatment cycles where women use their own eggs with donor sperm went up by 50% between 2015 – 2018.)

Like myself, for a lot of these women this is not a last resort or a back-up plan because we’ve ‘left it too late’, but a conscious and conscientious decision to take control of our fertility, not be hindered by our biological clock or settle for the wrong partner because we’ve run out of time. We’re financially independent with a strong support network and enough love in our lives to ensure our children get the best possible start in life.

Sitting across from my GP in his surgery in my small hometown of Cullompton in Devon, I asked him what my options were as a single, heterosexual 31-year-old woman wanting to become a mother on my own.

He looked at me blankly and said, “I’ve never had anyone ask that before; I’ll have to speak to the local fertility clinics and get back to you.” That was two years ago, and last week I celebrated my son Phineas’ first birthday.

I’ve always wanted to be a mum and by the time I was 24, I realised that I never saw myself with a partner I would want to have a baby with. Yes, it was quite young to think that, but I just hadn’t met that person who I clicked with. I tried to date with little success, and I just kept coming back to the fact I was happy on my own. 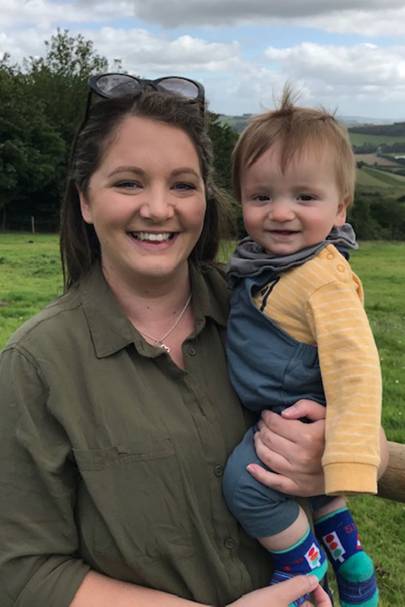 I knew nothing about the process of becoming a solo mum. I was living in London at the time working as a nanny, and one day while on the tube, I saw an advert for the London Women’s Clinic alongside information about the sperm donor clinics they use. It was then I realised I could do it on my own.

When I told people about my plans, it was seen by some as an unusual or unexpected. A few friends were worried about me being on my own, so for a while I did try to continue dating, but it was half-hearted. Sometimes I would feel guilty that my mum would not get to be part of my wedding, but the whole fairytale wedding was never something I wanted and I have always been fiercely independent.

I also realised that if I took the time factor out and decided to have a child on my own at a younger age, I had the rest of my life to meet someone for the right reasons and not feel pressured into finding the father of my child.

Once I was sure of my decision, my closest friends and family were nothing but supportive. I was 28 by then and had saved all the necessary funds around £5,000 in total for tests, sperm and treatment. Before I went ahead I was chatting to my younger brother and he offered some advice that influenced my final decision. He advised that I wait until I was 30 and had my own home, so that people would be less likely to judge me about ‘having plenty of time’ and would see I was serious. So, I moved back to Devon to be near my family, bought my first home, gave up my job in child care and started working in sales and marketing at my family freight forwarding business. 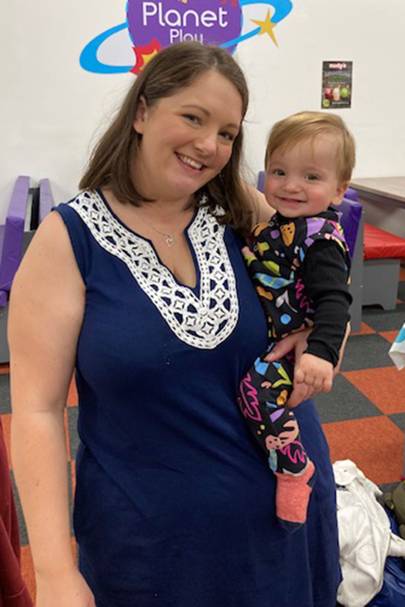 Then, shortly after I turned 31, I made that initial appointment with my GP. I wanted to enquire whether I could receive any NHS funding, because I know couples who are struggling to conceive are assisted, as are same-sex couples, but at present it is extremely rare to receive funding as a single woman on the NHS.

After a few tests with my GP and an initial consultation at the fertility clinic I was offered the choice of IUI or IVF and we agreed IUI was the way for me because I was young I didn’t have any fertility issues.

I bought two straws of sperm from the European Sperm and I found choosing my donor much like using a dating website, and while I was never really enthusiastic about the likes of Tinder, I found this really exciting. You get a lot of information on the donor; their favourite food, hobby, education history and even a recording of their voice and a written letter for any future child conceived. I knew I wanted to prioritise the child resembling me. I was also keen to know the donor’s genetic history and had access to their family information; careers, medical history and what their relatives died from and at what age. I was extremely lucky and conceived first time. 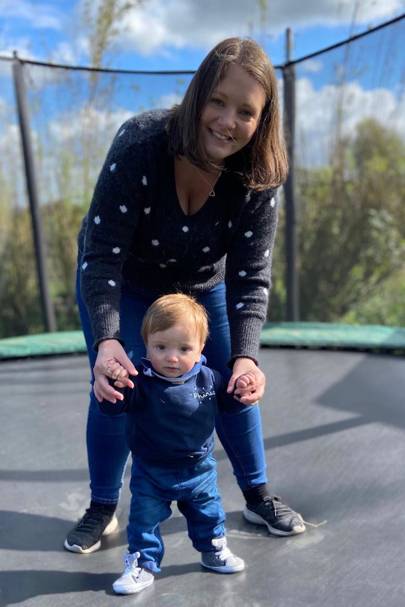 Sometimes I feel a little sad that I am raising Phineas without a father, especially as my own dad, who died when I was 23, was amazing and very involved. But there’s no guarantee that the person you have a child with will be a great father. I think it is more important that you have multiple people in your life to help you and I have a very loving family – my mum lives 10 minutes down the road and I also have relatives nearby.

The hardest thing about being a solo parent is the financial aspect. However, I think that the cost of conceiving using a donor means women who go into it alone often put a lot more thought into having a baby and the financial implications, not just with conception, but also with the child’s future and childcare. Today we live in a world with so many more options and I believe it’s important to make the most of them to ensure you lead a happy and fulfilling life – and that is what I have with my son; he is the biggest gift and I couldn’t imagine my life without him.