On the 17th October 2018 I gave birth to my daughter. And for the whole of the next week, I ate my placenta.

If you’re not trying not to gag at the above statement, you’re probably rolling your eyes thinking, ‘another misguided earth-mother’. But before you jump to any conclusions, you should know that the practice of eating your placenta is near ubiquitous in other mammals. In fact, practically the only animals who don’t eat their own placentas are the animals who reabsorb it rather than birthing it – and humans, who unceremoniously chuck it in the bin.

The placenta is an organ that grows alongside the foetus, and the two are attached via the umbilical cord. It provides the baby with the nutrition and oxygen it needs throughout pregnancy, as well as filtering away waste products. In other words, it’s a pretty precious piece of kit and to simply throw it away seems all too careless. 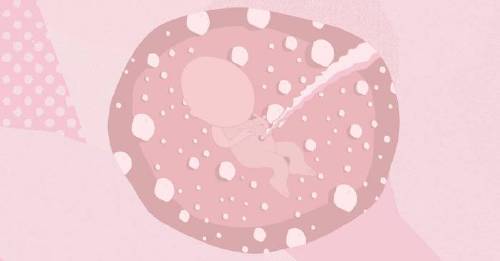 That’s not to say I’m not a hippie. I am. I’m vegan, I recycle as if my life depended on it (it does), and I grow my own vegetables. My birthing process was almost entirely uninterrupted by modern medicine, with gas and air only introduced at the very last stage. And I had my baby at home, so there was no doctors flapping around, or stressful bleeping sounds from multiple machines. And the decision to eat my placenta was the one that made sense to me.

I’m not the only one, though. There’s been a movement of mothers deciding to do exactly the same, and the practice is common in some cultures. But more than that, there’s an argument to say that it’s beneficial for you and your baby to eat it. It’s thought that the placenta contains oxytocin, helping to relieve stress, as well as vital nutrients like iron that help with everything from tiredness to producing milk. So, after reading the arguments for it, I thought ‘why not’?

Since I wasn’t in a hospital, there was no awkward negotiating with clinical staff after I passed the placenta (“Oh, ‘scuse, I’ll take that, thanks”). I’d fully briefed my midwife, and my husband, on my plans so they were ready and waiting with a bowl and off it went into the freezer.

The rise of baby-bullying: We’re freethinking feminists so why are people still criticising each other’s parenting styles?

If I had to describe what a placenta looks like, I would say it resembles a very fibrous, dark red steak. It’s a pretty impressive sight to behold, actually. You can see how the veins and tubes weave together to form a life-sustaining network. It’s not exactly every day you can study a vital organ so close up, let alone the one which supported your own baby for nine months.

For the next five days, while I was breast-feeding first thing in the morning, my husband would go downstairs and blend me a placenta smoothie. He would use a chunk of frozen placenta, strawberries, bananas and oat milk. It was delicious. The prevailing flavour was that of the fruit, so there was no metallic or bloody taste whatsoever.

It may have be placebo, but I felt incredibly calm after giving birth and attribute it, at least in part, to my decision to eat my placenta. In fact, I was so impressed, I’d do it again in a heart beat.

Posture health is a major wellness trend for 2020

How to avoid skin irritation from wearing a protective face mask

Inside the mind of a compulsive skin picker