Eve and Jess Gale, who are 20-year-old students and VIP hostesses from London, are fiercely close and despite having the same taste in men, assured us a man wouldn’t come between them. Here, Eve and Jess tell GLAMOUR about their ultimate girl code, views on cosmetic treatments and what happened on their night out with Tyga…
Just when we thought this year’s Love Island cast couldn’t get any better, the producers revealed that a pair of twins are heading into the villa – and after meeting them in Cape Town, GLAMOUR can confirm that they’ll be bringing some serious energy to TV’s most scintillating show.

Jess: People might get a bit intimidated because there’s two of us so we are stronger together. People often say when they first meet us they are scared to approach us. If I saw two really close best friends, I’d feel awkward coming in. But we try and be very open and welcoming and inclusive – we don’t sit there whispering to each other. When we’re together we make all our jokes, around other people we try and hold back the inside jokes. We have banter and become weird with each other so we’ll see what comes out!

Eve: I feel like it could definitely cause more arguments and tension as we always have each other’s backs.

Eve: Everything she goes through, I’m watching.

Jess: But then again, it’s like a massive advantage just the fact we’ve got each other. We’re not going to get as homesick, it’s just always nice to have afriend in there.

Eve: It’d be so bad if one of us got dumped from the island. We’re rarely apart so it would be stressful and sad as we wouldn’t even be able to contact each other. Even when we are apart, we are on Facetime.

On having the same taste in men

Jess: We’ve never argued over being with a guy, we’ve not tried to fight over guys, we have respect for each other, the ultimate girl code. We both mutually agree if we see a guy we like, he looks really attractive. I don’t know how it works but it just seems to work. It just happens that one of us goes for them.

On cosmetic treatments and trolling

Eve: I’ve been having my lips done since before I knew I was going on Love Island. If you want it then I am never going to judge anyone, you do you. Personally myself, I wouldn’t want to go wild, I’d just stick to my lips but each to their own.

On Tyga sliding into Eve’s DMs

Eve: We were on a night out and he was at the club performing so that’s where we met and we messaged after that. We were messaging like ‘where ya at? What ya doing?’. Just because someone is famous doesn’t mean I’ll be like ‘let’s meet up’ but you know, if it’s right place right time then let’s go on another night out, just stuff like that. Some people, just because someone’s got loads of followers, they’ll be like ‘wow’, but I kind of know what they’re like. They’re probably like that to every girl because they can.

Eve: It would be made known! I’ve been in a situation before where I’ve been with someone that Jess didn’t like and it has ended in disaster! If Jess doesn’t like them then I’ll try and get out of it, it’s hell, it doesn’t work. I am so close with Jess and obviously I am going to be so close with the person I am with and so it just doesn’t correlate.

Eve: Normally we agree if we don’t like someone. We have the same group of friends.

The Grammy nominations are out 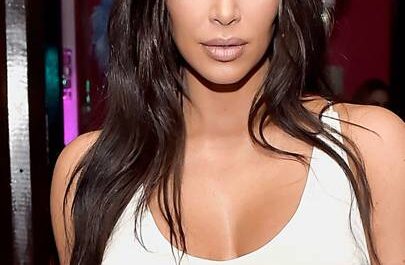 The incredible new Olaplex shampoo and conditioner, has just launched in the UK and it will totally transform damaged hair