The quest to lead a more sustainable life starts with small changes. And whether you’ve decided to boycott single-use plastics, make sustainable fashion choices, or switch to vegan and cruelty-free beauty products, every little bit helps.

Tackling plastic pollution in our oceans may seem like a huge task for one person, but don’t ever think your efforts are going to waste; “The power isn’t just that you’re not personally bringing any more plastic into the situation, it’s that you’re denying the company producing the plastic your money and demanding change”, says Pixie Geldof.

And when it comes to change, it’s big companies that will make the difference. This is exactly why Pixie has partnered with The Body Shop for the Plastics for Change initiative; where The Body Shop will buy recycled plastic collected by the waste pickers in Bengaluru (India) and use in its packaging following a thorough cleaning process.

The trade will support 2,500 waste pickers, providing the organisation with a fair price for the waste material (other facilities tend to underpay), as well as reducing plastic waste in the streets, rivers and oceans.

Having recently visited the facilities in Bengaluru herself, here Pixie talks to GLAMOUR about her hands-on experience and how we can all continue to fight the good fight at home…

“Seeing first-hand the impact of single-use plastics was overwhelming”

In Bengaluru there are rubbish dumps piled higher than buildings, mostly containing single-use plastics. On their trip through India, Pixie and The Body Shop visited the facilities tasked with sorting through this rubbish.

“We’re all aware of the plastics problem and we’re all aware that you know, single-use plastic is ‘the devil’ and such, but it’s really quite different when you’re standing in an entire facility built around that problem”, says Pixie.

“It’s literally spilling through onto these conveyor belts, not just a trickle, it’s literally pouring through non-stop, and what you’re looking at is quite overwhelming.”

“It’s incredible what difference a little funding can make”

It wasn’t just the volume of rubbish, but the difference in work conditions for the ‘waste pickers’ when it came to funded and non-funded facilities, both of which Pixie visited.

“At the first place [non-funded] there were people literally just sitting in the rubbish, picking through it with their bare hands in the heat, and no gloves”, says Pixie. “And then the second place [funded] were indoors and all of the rubbish was properly managed with a conveyor belt and people were propped up on chairs, weren’t putting their backs out and they had gloves.”

Not only does The Body Shop’s funding help to improve work conditions, but they’re also offering fair prices for the waste materials and employees of the facilities.

“On the last day, we sat and chatted to a few women who were waste pickers and they had been waste pickers for their whole lives, since they were very young”, says Pixie. “These amazing women basically supported their entire families doing it and sent their children to university.”

“I met women that said they love doing it, one woman who had worked her way up and now runs her own facility and one woman who said her parents did it, so she did it and now her children don’t have to.”

As well as reusing plastics sourced from Bengaluru for their packaging, The Body Shop are starting an in-store recycling scheme with Terracycle, so that customers can bring back all of their empties to be properly recycled.

“That’s what I love about The Body Shop”, says Pixie. “They listen to their consumers and they also have a conscious and understand these things need to change.”

By 2030, The Body Shop aim to have a complete ‘closed loop system’ for all of packaging, which means that they will repurpose or re-package 100 per cent of their packaging.

While the Plastics for Change initiative is a big step in the right direction, there’s still a long way to go when it comes to plastic pollution and the impact on our oceans.

In the future, “I would love more things like this initiative, because plastics aren’t the enemy”, says Pixie. “Single-use plastic is a nightmare, but plastic itself is durable and the impact of creating plastic is quite a lot less than some other materials that we use.”

“It’s not an evil product, it’s more about the way we use it, how to use it sustainably and in a more careful manner.”

It’s these types of misconceptions about plastics that can deter from the issue at hand and stop real change from happening.

“I think I would like more understanding of what the issue is. Even personally I need to understand exactly how this is going to stop and change”, says Pixi.

“So I think this kind of ‘greenwashing’ needs to stop and I would love for everything just to become transparent and more like; Here’s the problem, and here’s how we’re going to fix it.”

What’s next? Overfishing and sunscreen according to Pixie…

The ocean is a big focus around the world right now, something which Pixie couldn’t be more pleased about.

“For me, the next big thing is overfishing”, she says. “I very much hope that we start talking about the fact that we’re fishing out almost every fish there is and quickly.”

“I also think sunscreen is going to be a very big thing this year. There’s four or five chemicals in sunscreen that are very unnecessary – you don’t need them to protect you from UVA or UVB’s and they’re taking it out of a lot of them, but there are still many brands not doing it.”

“Hawaii has just banned the chemicals and any non-reef safe sunscreens, so I think and hope they’ll be a ban soon with those chemicals.”

She ends with, ‘no matter what the issue, you may be one person, but every little bit helps.’ 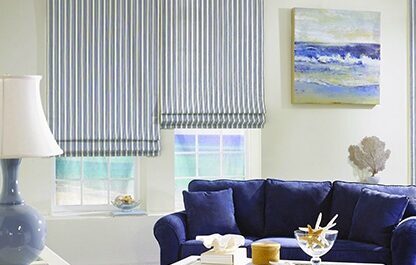 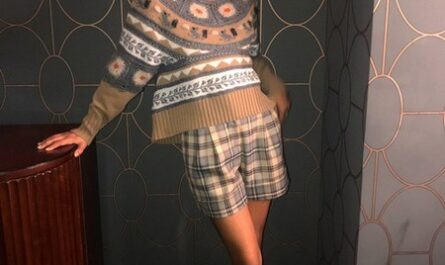 Why 2019 will be the year, of the male feminist