Lending to a home flipper used to be a quaint transaction. It could be as simple as an aspiring flipper meeting with a local big-wig with money to burn at a country club, having a chat over whiskey, and leaving with a loan to finance the next house flip. Although bigger markets had more formal operations, home flipping was generally a fractured, market-specific business.

But since the housing bust 10 years ago, firms from Silicon Valley and Wall Street have nationalized and institutionalized the “fix-and-flip” loan market by leveraging big data and technology. The transformation has attracted the type of big banks, Wall Street players, and venture capitalists that had traditionally shied away from making investments in home flipping, turning the once hyper-local business into a global FinTech industry.

“We thought it was a unique opportunity to institutionalize this asset class [home flips],” said Roc Capital cofounder Eric Abramovich. His firm lends to intermediaries that then lend to thousands of home flippers. “Our background is in [quantitative] trading, and we are now using a similar data-driven perspective to real estate lending and thus bringing this product to large institutional investors. This is what makes it interesting for us.”

As the housing market has gone from recovering to roaring over the last five years, home flipping has also increased. Both investors and flippers have gained confidence that home prices will keep climbing long enough for them to execute a flip, which usually involves rehabilitating the house as well – hence the term “fix and flip” loans.

According to data provided by ATTOM Data Solutions, a real estate data provider, some 138,410 flippers invested $56 billion in home flipping in 2017, 34.8 percent of which was financed as opposed to executed in all cash. Prior to the housing bust, the same type of easy credit that infected the traditional mortgage market was also present in home flipping. At the peak of the housing bubble in 2005, more than $100 billion worth of homes were flipped by 287,929 investors, and 66 percent of those home flips were financed with loans.

Fannie Mae, the government-sponsored mortgage facilitator, doesn’t allow an investor to finance more than 10 properties at a time. Because banks and traditional lenders prefer to sell their mortgages to Fannie Mae or Freddie Mac after originating them, they typically shy away from writing home flip loans. This rule has led the more aggressive home flippers to seek financing outside of traditional channels, such as Roc Capital, LendingHome, LendingOne, and Anchor Loans.

Fix-and-flip loans are usually 12 to 18 months in duration, and generally come with higher interest rates than traditional 30-year mortgages. They can have rates as high as 15 percent, compared to the current mortgage rate of around 4.4 percent.

“What some of the institutional capital really likes is, they’re charging higher interest rates, but it’s a short window,” said Daren Bloomquist, senior vice president at ATTOM Data Solutions. “They’re getting their money back much earlier, and then they can redeploy it [into another investment].”

Along with Roc Capital, LendingHome was among the fastest growing home-flip lenders in 2017. It uses an online platform that allows home flippers to apply for a loan by answering a brief questionnaire, and the company can close on the loan in a matter of days; traditional lenders typically take much longer. (LendingHome also offers traditional mortgage services.)

The flip side of the platform is that it allows individual accredited investors, or individuals who either make $200,000 per year or have a net worth of more than $1 million, to invest in individual pieces of those loans. The company also manages funds comprised of fix-and-flip loans that larger institutions such as banks or hedge funds invest in. Investments in the funds can be as much as $40 million.

Dozens of other companies tried and failed to enter the space in recent years. Companies such as Anchor Loans, LendingOne, and even traditional banks or hard-money lenders have similar offerings. In what may be the clearest sign yet that traditional banks are ready to get into home flipping, Genesis Capital, an offline fix-and-flip lender, was acquired by Goldman Sachs in 2017.

If these online platforms using data to connect home flippers with investors sound familiar, it’s because new companies formed in the wake of the housing bust have applied similar FinTech concepts to virtually every stage of real estate transactions.

Opendoor and OfferPad, dubbed “iBuyers,” use online platforms and data analysis to buy houses from people looking to move, and the automation and algorithmic pricing allow the companies to close on deals in days. A similar company, Knock, uses an online platform to buy customers’ next homes and, after they move in, sells their previous homes.

The effects of institutional capital turning home flipping into a financial product is open for debate. Affordable housing advocates say home flipping puts upward pressure on rents and home prices, thus contributing to affordability concerns that have arisen as housing markets across the country recover from the housing bust a decade ago.

Home flippers, on the other hand, would argue that in the process of the flip, the rehabilitation of the home – which can include anything from installing a new roof to updating the appliances – helps keep an aging housing stock fresh, making it a better investment for the eventual owner-occupants.

“Millennials simply aren’t going to buy something old and rundown and fix it up,” said LendingHome CEO Matt Humphrey. “This network is what keeps the housing market fresh. We are financing loans with a fair price, and to borrowers that will exit their homes often to first-time homebuyers who, in turn, won’t have to pay as high a price for their home because the lending was fair. This cycle makes communities stay revitalized. If the loans are done right, this is net-net good for communities nationwide. That’s the fundamental difference to how we do it, compared to the country club style.” 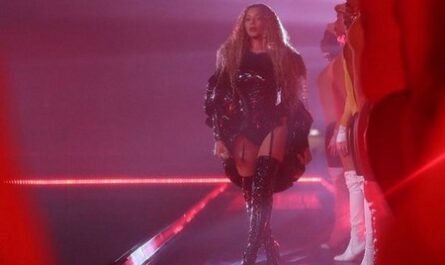 Where to buy plants online 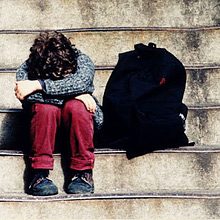