Twitter threads are for those times when one Tweet is not enough. For when you have a story to tell, a longer message to convey or a rant to share. They enable you to tie a series of Tweets together to form a (hopefully) coherent message for others to digest and understand. 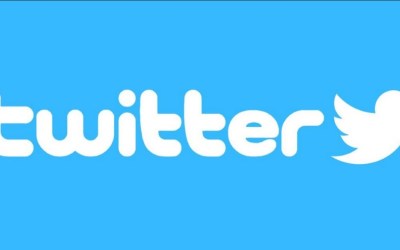 This post is going to show you how to create a thread on Twitter as well as some suggestions for creating your first Tweetstorm.

There is distinct difference between threads of a single Tweet and replies and new threads. The new Thread is a number of Tweets from a single account published in series to tell a longer story than 280 characters could. So if you don’t have the creativity to overcome character limits, a thread will do.

Twitter threads are a curious beast. It’s a love-hate thing and nobody can seem to make their mind up which side they are on. Those who say they hate them use Twitter threads to tell us why and everyone seems to use them on a regular basis. As always on Twitter, some Tweet threads are better than others. 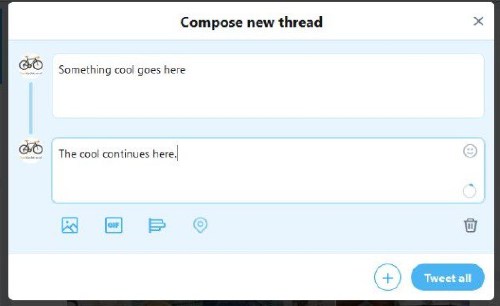 It doesn’t take much to get in on the action which should be obvious from the sheer volume of threads on the platform. Here is how to create your own thread on Twitter.

When you select the ‘+’ sign, a second Tweet window will open below the first one. You will obviously type your second Tweet there and hit the ‘+’ again to continue. Rinse and repeat until you’re done. Then hit Tweet all. You can use images, videos, GIFs and all that good stuff as you normally would at any stage of your Tweetstorm.

Once you hit Tweet all, the first couple of Tweets will land in feeds. For users to see all of your thread they will need to hit ‘Show this Thread’ which will appear underneath the first Tweets. 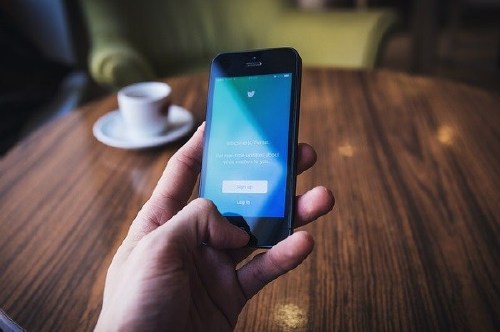 How to use Tweetstorms for best effect

As every Twitter user will know those annoying series from people who think they know everything and need you to know it too. They are usually pointless, dull and not captivating at all. While they may use the letter of the law on threading, they completely miss the spirit of it.

The idea behind good Tweetstorms is to offer value. Like any Tweet, whether for business or pleasure, they should have a point and offer value or at least insight into a topic. The best Tweets offer unique insights, answer questions or solve problems. Effective ones also ask questions and invite opinion, although you do have to be careful with those!

Everyone has problems but don’t write 99 tweets describing each one. Start with a single problem and then offer several solutions. Post the question or problem in your first Tweet and then an actionable solution in each subsequent Tweet. It’s important to offer an actionable point in every single Tweet to keep your readers wanting more.

If you have an interesting story to share, you can do it in a Twitter thread. Compose your story in bitesize pieces and work your way through it before publishing it. The challenge here is using cliffhangers or hooks in each Tweet to make the reader want to see the next one and the next one. The advantage with how Twitter has implemented threads is in the ability to see the entire thread before publishing. You can edit, tweak and polish before it goes viral, hopefully.

If you have the inside track on a public interest story or are witnessing an event as it unfolds, you can use a Tweetstorm to tell it. Spend a few minutes collecting your thoughts and composing the thread and for any unfolding situation to have enough going on to warrant a thread rather than a series of individual Tweets.

While ranting is a viable method of getting attention, you have to do it carefully for it to work properly. We tend to switch off when someone rants on about something or other and you have to avoid that. Make sure you have authority enough to make the rant, add humor if you can or a unique viewpoint. You need to avoid the usual diatribes that infect Twitter and add value or the opportunity for others to agree with you for rants to work. 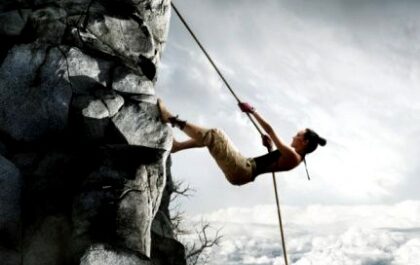 DNA points to a frog-killer’s birthplace

One thought on “How To Create a Thread on Twitter”