Wild horses for the soul. I enjoy photographing everything in nature, but wild horses are my passion. I first heard about Alberta’s wild horses 20 years ago. Ever since, I had wanted to see and photograph them.

A friend of mine, who loves and advocates for “wildies,” heard about my wish and in March 2017, I was fortunate enough to be able to accompany him to see the wild horses in the Williams Creek area of Alberta. It was an incredible experience.

We saw more than 100 horses – I was in heaven. We spent a day there on our first visit, and have been back to the same area three more times since then.

On one occasion, while taking photos of a band of around 30 horses, I didn’t realize that not 20 feet away, a foal was sleeping behind a tree. All at once, he awoke, jumped up and just stood there allowing me to get several great shots of him. As I was snapping away, the herd stud realized how close the little guy was to me and came running over, snaking his neck with his ears back, as if warning the colt, “Danger, get away!” 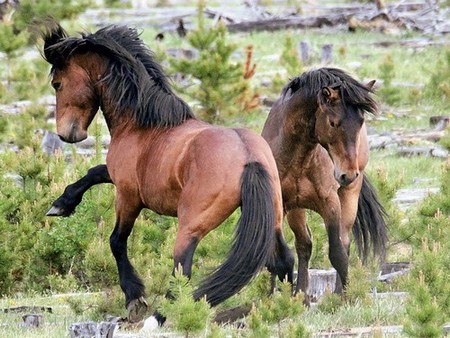 The colt didn’t seem to understand what he was being told and stayed put, until his mom came over to get him. I didn’t feel threatened at all by the stallion being close to me and kept taking photos. It was an encounter that I will always cherish.

Another time, I managed to capture a great shot of a foal running and jumping for the sheer joy of it. He was having such fun all by himself while the rest of his herd grazed peacefully – it brought a smile to my face.

While on a photography day trip with friends in June 2017, I snapped a funny pic of a red roan stallion with a cowbird perched on his back. Later, the same roan was with another bachelor stud and they were both very tolerant of our presence, allowing us plenty of time to take photos.

Having been out with the wildies several times now, I hope to visit again – as often as possible! They’re magnificent and truly nurture my soul. I’m so thankful for the privilege of having the opportunity to spend time with them. These horses are born wild and free, and deserve to always remain so. 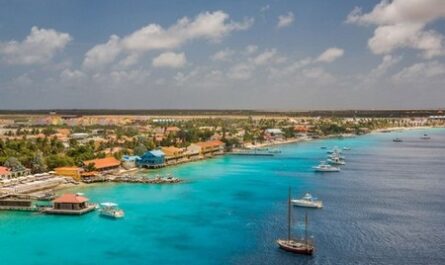 12 Best Things to Do in Bonaire (Besides Scuba Diving)

Saskatchewan: Celebrating the Beauty of Canada’s Most Underrated Province