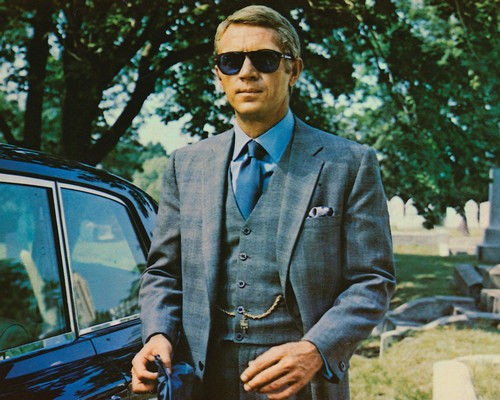 Leonardo Del Vecchio is quite simply a genius. A business savant who not only controls a celebrated eyewear empire, but is responsible for permanently altering that very market in the first place.

He didn’t invent sunglasses, or even many of the brands that he now owns. Rather, Del Vecchio’s genius runs in a similar vein to that of Howard Schultz, former Chairman of Starbucks, who figured out that with quality products, charging a little more more can be a way to not only bring in more revenue, but raise the perceived value of the merchandise.

Just as Schultz figured out a way to make it financially acceptable to pay a huge markup on quality coffee, Del Vecchio has cornered the global glasses market through his company, Luxottica, by marketing and pricing his wares in a way that enhances the perception of them as super-luxury goods, despite the relatively low cost of manufacturing such items.

Simply put, he understands the industry, and the role of perception in the market, better than anyone else, enabling him to amass a fortune that places him amongst the wealthiest billionaires on the planet; Forbes estimates his family’s net worth at around $20 billion. 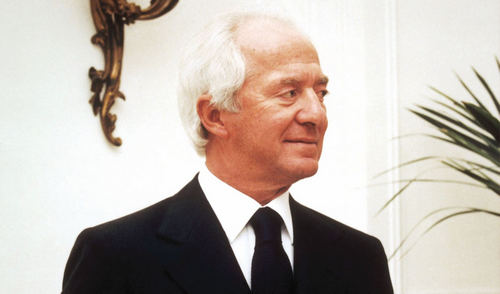 Del Vecchio started from the humblest of roots. Born and raised in Milan, he was sent to an orphanage at the age of seven as his widowed mother couldn’t support Leonardo and his four siblings. Starting as an apprentice, he trained as a tool and die maker at a local factory.

Hoping to find a way to better utilize his skill set, the 25-year-old moved to the traditional home of Italian eyewear production, Belluno province, in 1961 to apply his craftsmanship to fabricating glasses and components.

By 1967 his company, Luxottica, was producing its own frames, and by 1971, the company had released its first Luxottica eyewear collection at MIDO, the international optics exhibition in Milan.

Some entrepreneurs and craftsmen would be satiated by this relative success, but Del Vecchio was far from content. He saw the inefficiencies in this market, and moved to take advantage of them.

Before long, Luxottica had become vertically integrated, handling every step of the process from design to manufacturing, assembly and distribution. It was this brilliant restructuring that not only contributed to the success of Luxottica, but laid the groundwork for Del Vecchio to build the eyewear empire he controls today.

You see, Luxottica, (which last year merged with Essilor, a French lens and glasses conglomerate, creating a parent company named EssilorLuxottica) does far more than sell its own glasses. By overseeing the production and distribution process, it has the infrastructure and manufacturing capabilities to produce products for many of the world’s most famous, and desirable, fashion brands.

Elite labels like Giorgio Armani, Chanel, Dolce & Gabbana, Prada, Burberry and Versace all utilize Del Vecchio’s services to produce their brand’s sunglasses, which can easily cost hundreds if not thousands of dollars.

Furthermore, Del Vecchio has been selectively aggressive in adding brands to his company’s portfolio. Globally-adored brands like Persol, Ray-Ban and Oakley have all been expensive acquisitions for Del Vecchio and the Luxottica Group, but each has proven to be a wise investment, and has ensured the company maintains a huge position in the multibillion-dollar global eyewear market.

Such moves also ensured influence within the retail section of the industry, with the company purchasing brands like Sunglass Hut and Pearle Vision, continuing to expand its influence, and broadening the availability of its labels and licensed products in more retail locations.

In fact, it’s the scale of Del Vecchio’s reach that has created not only his success, but much of the criticism aimed at him and his company. In a recent tell-all with the Los Angeles Times, former eyeglass industry executives admitted that throughout the glasses industry, markups are often as large as hundreds, if not thousands, of percent over the cost of production.

As E. Dean Butler, founder of LensCrafters back in 1983, explained to the paper regarding wholesale prices, “You can get amazingly good frames, with a Warby Parker level of quality, for $4 to $8. For $15, you can get designer-quality frames, like what you’d get from Prada.” 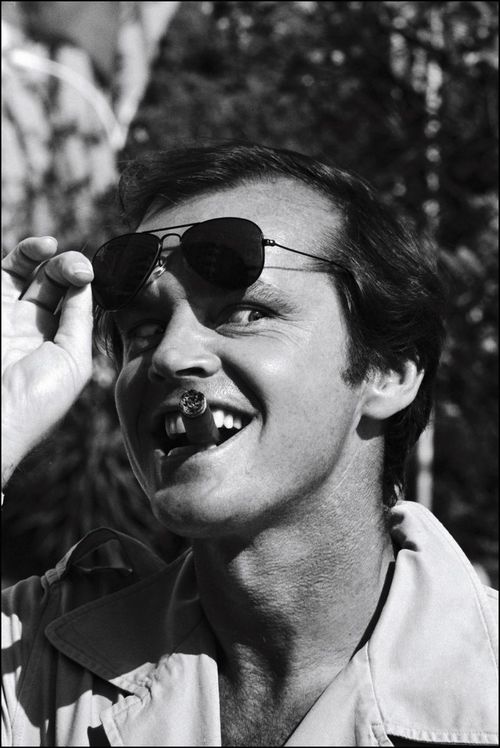 Jack Nicholson sports a pair of classic Ray-Ban aviators with his trademark grin and cigar.

The industry expert further revealed that one could get “absolutely first-quality lenses for $1.25 apiece.” Another industry veteran, Charles Dahan, who also worked with LensCrafters before its purchase by Luxottica, admitted as much to the Los Angeles Times, claiming “There is no competition in the industry, not anymore. Luxottica bought everyone. They set whatever prices they please.”

But is this truth, or simply jealousy? The reality likely lies somewhere in the middle. For decades Nike has made sneakers extremely cheaply and sold them for up to hundreds of dollars and Phil Knight was considered a genius. Schultz convinced Starbucks customers to pay premium prices for a product with relatively low costs.

The fact remains that business genius isn’t always about creating the best product, but about creating the perception in the marketplace that your product is worth what you’re charging, regardless of profit margins or markups. This is where Del Vecchio’s true brilliance is evident.

For all of his critics, who claim that Luxottica and its immense influence and market share is the reason why glasses cost so much across the industry (with some going so far as to call it a monopoly), Del Vecchio can simply point at the willingness of customers around the world to pay hundreds of dollars for his products, despite the existence of numerous competitors.

After all, relative newcomers like Warby Parker have established entire businesses on finding a price point that’s often below that of Luxottica’s offerings, while still making large margins (a standard pair of WP glasses start at less than $100). There’s further competition from Zenni Optical and America’s Best, brands also trying to find a price point that can undercut the offerings from Luxottica and its subsidiaries.

If anything, Del Vecchio didn’t create a monopoly, but rather built a dominant player who has forced everyone else to either rethink their business model or search for greener pastures in other industries. Despite the obvious reach of the current EssilorLuxottica conglomerate, the numbers can still be staggering.

According to the company, the combined market cap of the conglomerate when it merged was around $50 billion, and the organization maintains a workforce of more than 150,000 people.

Del Vecchio’s might be the ultimate rags-to-riches story, but that has never stopped him from continuing to work on reaching greater heights with his lifelong project. Following the merger with Essilor, it would have been easy for Del Vecchio to call it a day, and enjoy a retirement fit for a globe-trekking billionaire.

After all, he is now one of Italy’s richest men, and he owns the reportedly $40 million yacht Moneikos, which is not a bad way to enjoy one’s retirement. But that’s not his style.

It was back to work for the Italian octogenarian following the merger, retaining his title and responsibilities as Executive Chairman. After all, what would you expect from a man who dragged himself from the inauspicious beginnings of poverty into the highest echelons of the global elite?

The future looks incredibly bright for Del Vecchio and his empire, so if you don’t want to squint, you might want to grab a pair of his sunglasses. You can find them…everywhere.

Lucky Bettor Wins $147,000 at the Kentucky Derby Thanks to Maximum Security’s Disqualification