In our long-running series, “How Im Making It,” we talk to people making a living in the fashion industry about how they broke in and found success.

Its not easy for stylists to straddle the worlds of celebrity-dominated red carpet styling and more directionally-driven editorial work, but Julia von Boehm manages to do just that.

Between her work for client Nicole Kidman – which regularly lands her on the lists of Hollywoods top stylists – commercial work for brands like Pomellato and Omega, and freelancing for the likes of Porter, German Vogue and the Pirelli calendar, von Boehm has proven that shes more than capable of juggling many different kinds of fashion clients.

“I always say I have two brains,” von Boehm says. “I have an editorial brain and a red carpet brain; when I look at a runway show, its two different brains. Im actually very happy that I have that side, because I feel like its very rewarding.”

Thats perhaps what makes her the perfect fit for the role of Fashion Director of InStyle, a magazine which seeks to combine the worlds of high fashion and celebrity while making it all seem super accessible. We hopped on the phone with von Boehm following the announcement of her new gig to get her take on everything from how shes seen the styling industry change to what she learned from mentor Carine Roitfeld (ever heard of her?). Read on for her insights.

I started very, very early to be interested in art and drawing and painting. I was very much into colors – obsessions, I would say – and my room had to be painted all light blue because I was into light blue when I was young. I loved to look through fashion magazines; I was just interested and intrigued by the whole world.

I decided very young to go to a special school where you learned French as a first language because I always knew I wanted to move to Paris and do fashion. I did a lot of art and I learned French, and when I was 18, I moved straight away to Paris and I went to a fashion design school, which is called La Chambre Syndicale de la Couture Parisienne. I started working there and studying there, and through a friend, I met Carine Roitfeld, and I started assisting her a little bit as a second assistant.

Then the second assistant left, and she asked me if I wanted to become first assistant. I kind of dropped out of school and started working with her, because I was intrigued by the whole world of styling, which I didnt even know existed before. 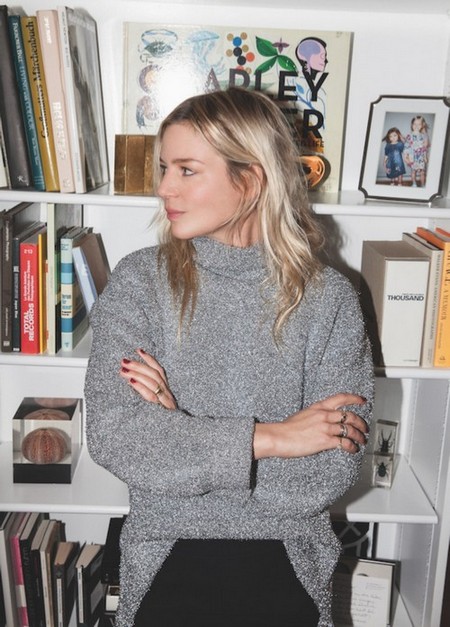 What would you say that you learned working with Carine?

Oh, I learned a lot, a lot, a lot. I was like a sponge, looking at how all of this worked, and being very attentive. I learned – not everything, because you learn a lot when you branch out by yourself; the reality is a little different then. You start working in your own way, not in the way that the person you worked for works; you find your own ways of dealing with problems, your own way of how to prep a shoot or how you get ideas about styling and how you work together with photographers.

Ive learned two things actually: I learned the freelance side of things, because she was freelance when I started working with her. Then she became Editor-in-Chief of French Vogue, where I learned a lot about the whole magazine side: managing a magazine and coming up with ideas, but also building teams together, booking the photographers.

How did you decide to go out on your own?

I always say to my assistant that, when you feel it – that youre not satisfied anymore with just helping the person that you love and that you love to help – you should be brave and just say it, and start on your own.

I kind of did it that way. To really branch out on my own, I did it a little bit in little steps because at first I was not Carines assistant anymore but I stayed in the magazine as an editor. But then I felt that, if you have worked for a person as an assistant and you stay in the same environment, its really hard to actually grow, because youre always going to feel a little like an assistant.

I thought it was best for me to just move on and branch out by myself, which was kind of scary because freelancing is very insecure. You dont know how many jobs youre going to have, but I just thought Id try it. It worked out really well, and I felt more free than I felt by staying in the magazine, actually.

How did you build your red carpet clientele?

That actually happened through shoots that I was doing with celebrities. If you take Nicole Kidman as an example, I was doing a couple of jobs together with her for Jimmy Choo; she was doing their advertisements. I was doing custom editorials with her, and for some reason we kept meeting again and again. At the time, she was looking for a stylist and she just called me. Id never done red carpet before.

Thats what she liked about me, that I had an editorial background and I wasnt just a red carpet stylist, because she thought that Id have a little more insight of high fashion and the runway. And she was right, in a way, because I do by doing a lot of editorials. I actually really, really enjoy doing the red carpet as well, which I never knew before that I would.

What was appealing to you about the InStyle job?

A lot of things! Laura Brown is very appealing to me because shes a great person to work for, I believe. We have worked together on and off in the past, mostly at Harpers Bazaar, but we have done a lot of covers together. I have seen the way she works, she has seen the way I work, and were a good match. So Laura, what she does with the magazine, and the worth she gives to the people she features, that was very appealing.

The other thing that was very appealing to me is to marry that fashion knowledge I have with the celebrities, and also to have a long term project – not just being like, one shoot here, one shoot there, which is the world of a freelancer. Its very short term, in a way; the shoots are three days prep, and two days shoot, and then bye. I really liked the idea to work with a team, and build real relationships with people in a magazine background.

What are your plans for fashion in InStyle?

I definitely want to bring my sensibility for fashion to the magazine. Maybe make it a bit more directional; maybe feature a bit more of whats going on in the trends and whats happening, and really try to think about what celebrity could wear which fashion without doing that over the top.

How have you seen styling change since starting out?

Oh, a lot! A lot. When I first started, everything was kind of allowed, so you were able to mix the brands to get really creative, to come up with crazy ideas. When I worked with Carine, we cut up t-shirts and put the brands name on it. I always try not to lose that creativity, but to kind of adapt it to whats happening now.

Sometimes some brands tell you to style the look totally as it is, but you still try to find tweaks to put your own signature in it, and to make it look the way that you like it to look. Because otherwise its not a lot of creativity, and so I try also sometimes not to respect those rules. Laughs

It also changed in the way that, I think, the celebrities are much more important, and therefore the red carpet is much more important. For me, it has changed a lot, because all of a sudden thats another direction that Ive taken, and thats a totally different direction.

How important have mentorships, like yours with Carine, been in your career?

I think mentorship in our job, in my career and any creative job is very, very important, because its very hard to learn these things in a school. Everything happens on site. I find that mentorships, to me, have been everything. You just watch and be like a sponge, and take it all in, and then transcribe it into your own reality afterwards.

What advice would you give someone looking to follow in your footsteps?

I think the advice would be to go a little bit to fashion design school because its great to have a fashion background in a sense, to learn fashion history. The more you know about fashion history, the more you can actually include it in your styling and in your ideas, and they will give you ideas. Especially when you consult, its important to have a library in your brain that has different fashion histories in there.

And then I would say to assist; I think assisting is very, very important, to watch, to learn, to work hard, to listen. Then, in the end, to be brave enough to branch out on your own when you feel that youre ready.

What do you look for in someone whos going to work with you?

Hardworking, organized, a good team worker: Id say that these are the most important things that I would be looking for. You work very closely together, and very often in stressful situations, so you have to get along with the person when you work for them; you cant be afraid of your boss. You have to react very quickly very often, because things change and all of a sudden you need something that you didnt know you were going to need, and you need to run out and find it and be quick.

I look for someone that is excited about what theyre doing, because Im excited – Im still excited about every little thing Im doing, and thats very important.

What would you say youre most proud of doing in your career so far?

I would say two things. To be brave and branch out on my own – I moved to New York out of the blue, and Id not really prepared for it. I had no clients here, I had nothing. Like, I just rented an apartment and said, “Okay, Im gonna try this.”

Im pretty proud of my styling that Ive been doing with Nicole Kidman in a funny way, because that was another surprise. I never knew that that would happen, and I would never have seen myself doing that before.

So I would say these things – and then, hopefully, what I do at InStyle!

What is your ultimate goal for yourself?

To keep enjoying, as much as I do right now, what Im doing, for the rest of my career. That would be ideal. If that happens, then Im very happy because I just love my job. Im really happy every morning to go and do it, and I still enjoy it very much.

Brandless Pop-Up with Purpose – May 1st – 13th in West Hollywood 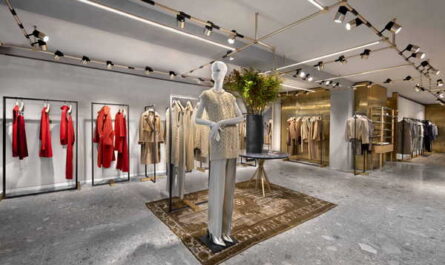 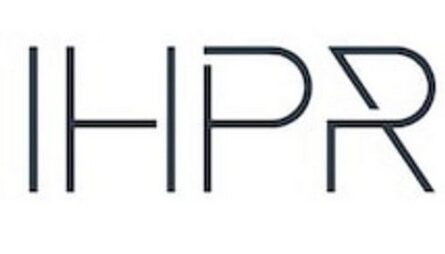