To me, I’m using virtual racing to combine two of the things I’ve turned to most during the tumultuous year of 2020: running and volunteering. I’ve managed to find a way to run safely throughout 2020.

Although it’s been difficult and I’ve had several setbacks and mental hurdles to overcome, I’ve learned that running really is a constant for me, and even if I’m not the same runner I was a year ago, I’m still a strong and capable one. What’s more, I’ve learned the art of slowing down and restarting.

For someone who has bucked virtual races in the past, I’ve fully embraced the racing alternative this year. Sure, a lot of it is out of necessity. But a lot of my newfound love for the DIY-style race has come from the freedom a virtual race gives racers. Not only is it a great first step for newbies, but it’s also a great way to set new goals and run a race exactly your way.

But running hasn’t been the only activity that has propelled me through some harder times. I’ve joined forces with a local community group that collects litter from the streets after citywide budget cuts have left my beloved New York City looking a little worse for wear. For two hours each weekend, I’m able to put my head down and hit the streets with other members of my community. 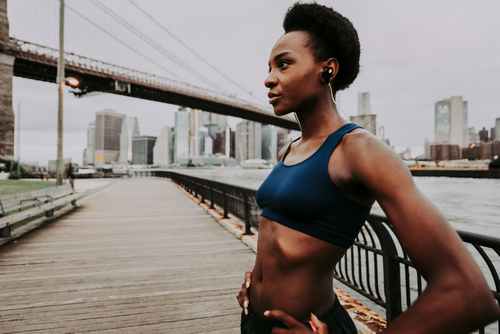 However, in participating in this activity, I’ve had my eyes opened: I can no longer ignore the litter around me. I also realized that I spend much more than two hours a week lacing up my UA HOVR™ Phantom 2 Metallic Running Shoes ($160) and enjoying the streets of my neighborhood. In fact, I either walk or run multiple miles a day, and during those miles, I let pounds and pounds of garbage get by me.

So, in the last few months of the year, I’ve decided to use the two activities that have kept me positive and combine forces. I’m building my upcoming virtual 5K to be a community cleaning opportunity.

You see, normally, races are about speed and personal goals. But this time, I’m not focusing on being fast or impressing those around me. Because I can build this race my way, I’ve been using the training opportunity to hit the stretches of my neighborhood that need TLC the most and collecting some garbage along the way.

It’s not easy stopping and picking up litter every few yards, and no one loves carrying a grocery bag of garbage around for miles, but I can’t imagine a more meaningful finish line for my next virtual race. Racing doesn’t have to be about how fast you go or what goals you crush, but rather what logging those miles mean to you. And this time, my miles mean a lot more.

Laverne Cox on White Beauty Standards: “We Should Be Able to Wear Our Hair Any Kind of Way”