Even if you’ve never eaten in one, chances are you’ve heard of Dekar Design’s restaurant projects. The firm, led by Dolores Suarez and Caroline Grant, is responsible for the interiors of some of New York’s buzziest eateries, including hard-to-get-into spots like By Chloe, Benoit, Claudette, and Rosemary’s.

Their latest venture: Rosemary’s Pizza, an offshoot of the popular West Village restaurant specializing in New Yorker’s Italian meal of choice. Though all of their projects boast superb food, they also have another unifying (and alluring) factor – cozy, layered interiors that feel inviting and refreshingly un-restaurantlike. There’s a reason for that.

“When we approach a commercial space, we start as we would a home,” says Suarez. She and Grant, who have known each other since they were children, began their firm doing residential interiors, and carried over the same penchant for the comfortable and the unique to their restaurant projects. (A previous shared career in decorative painting is also evident in their careful attention to texture.) “When you come into our restaurants, we want you to feel like you’re in someone’s house,” Grant explains.

“That’s what makes it a more transportive experience.” Days after the opening of Rosemary’s Pizza (which is already racking up rave reviews), AD PRO chatted with Grant and Suarez (the latter calling in from a vacation in France) to learn more about how they execute their uniquely welcoming style in some of the country’s most highly trafficked spaces. 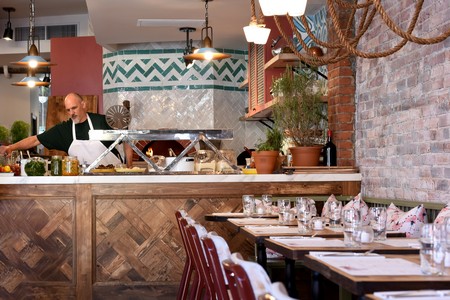 “We always take direction from the bones of a space,” says Suarez of the duo’s approach. “If it’s an old townhouse, we embrace that and expose the brick, or use an old fireplace.” Grant agrees: “You always want to find what the bones are and then accent and accentuate that – it feels more authentic that way, and you don’t get gimmick-y or theme-y.”

On Mixing and Matching

Variation is the most important part of Dekar’s layered style. “We’ll never use the same light throughout a space, just as we’d never do it in someone’s home,” Grant says. Instead, they’ll select different fixtures or floorings for various areas, adding visual interest while also helping to define different spaces. At Rosemary’s Pizza, the main dining space has reclaimed wood floors, while the entry and wine bar use tile.

“People usually use the same flooring and lighting to create a certain look,” Suarez explains. Dekar’s look, though, is that lack of uniformity – which, as Grant and Suarez see it, also means a lack of any blah square footage. “We’ll use different tables or a swing-arm sconce to make even the nooks and corners special,” Suarez says. “We have a philosophy that there’s no bad seat in the house.”

Of course, restaurant projects present a whole different (and very specific) set of demands than residential interiors, which see only a fraction of the traffic and usage. “We’d want to have a banquette with a fabric in a restaurant like we would in a home and we’d run into the issue of how to make that fabric commercial grade quality, to hold up to fire codes, to be durable, stain proof,” Suarez says.

The duo ran into the same dilemma with cement tile which, Suarez notes, “has been popular for many years because they come in fantastic colors and patterns and are relatively affordable but they’re not very commercially sound – they stain quite easily.” So, Suarez and Grant set out to solve that problem on their own, developing lines of commercial-grade fabric and cement-style tile made from the far more durable porcelain. “In terms of looking at durability, we have to come at it from every angle without sacrificing aesthetics,” Suarez says.

On Knowing the Clientele

Another big difference between commercial and residential design? For one the client is an individual or family; for the other (especially at restaurants as popular as the ones Dekar works on), it could be a whole city. As such, research is paramount, say Suarez and Grant. “We did a project in Houston for example, and before we got to work, we toured 20 of their competitors to get a sense of the aesthetic, the clientele, the energy of the city,” Grant recalls. “It’s so important to understand different customers because different things are important in different places. In New York, you don’t mind being kind of squeezed in somewhere; in Texas they basically have these big armchairs as dining chairs. They have four feet between tables!”

On Timelessness and Placelessness

That said, both designers are quick to note that there’s a difference between being informed about your location and trying too hard to conform to it. “Making something timeless and somewhat placeless is so important,” Suarez says. “For example, right now I’m in Brittany, France. We would never want to just take the look here and transplant it somewhere. If you do that, it feels gimmicky, a little Disneyland.” In fact, that attitude was another player in their product design. “We couldn’t find a tile that was placeless,” Suarez recalls. “It either felt too Moroccan or Portuguese or traditional English, so we came up with a design that felt vintage without it screaming any particular country.”

A banquette at Bobo.

The distressed walls in Bobo are inspired by Venetian plaster work Grant and Suarez did as decorative painters.

On the Power of Vintage

One way the duo incorporates more heritage without going thematic is through clever repurposing of vintage items. “I think when you have something that’s vintage, there’s more a sense of layering,” Grant says. Suarez agrees. “It feels more authentic when you use vintage that aligns with the era of the space or the kind of food. It can be a more subtle nod.” At the original Rosemary’s, for example (which Dekar describes as an “urban farmhouse”), the mirrors lining a back wall are made from zinc saucers used for chicken feed.

On the Importance of Styling

For designers, one of the hardest parts of a project can be relinquishing it at the end of design – this is perhaps even more true when it’s a public space. Grant and Suarez learned early on that they had to be proactive to ensure their design vision stayed true after they handed over the reins. “On our first few projects, we’d style the restaurant and then we’d come in later and say, ‘Oh no, what have they done,’” laughs Grant. “So now we take photos of everything and make a handbook of styling.”

On Their Biggest Learnings

Suarez has no shortage of valuable lessons learned on the job: “Not all quote, unquote ‘durable fabrics’ are the same, cement tile does stain, glow lighting is very important, and, though straight paint is easier to touch up, it’s something you constantly have to touch up as opposed to more textured walls,” she says. As for Grant: “Proportions are super important,” she says. “When you buy commercial-grade chairs, the scale is quite small, which is great for fast casual restaurants, but for more higher-end restaurants, the experience doesn’t feel as luxurious.”

At Rosemary’s, mirrors on the back wall are repurposed chicken feeding trays.

So what do two designers who’ve made a living creating restaurants notice when they’re dining out? When I ask, Suarez jumps in with “I know Caroline’s!” Says Grant, “I’m obsessed with lighting.” (“Yep,” Suarez replies). “I’ve gotten up and walked out of restaurants if I feel like there’s a spotlight over my head! It just ruins the meal for me. Besides that, comfort. That comes into play especially at the bar.

Now, more people eat at the bar, so we’re using fewer backless bar stools.” Suarez’s choice is a bit more detail oriented: “I’m obsessed with wall textures and what people choose to do on them,” she says. “I see it as an opportunity and I get frustrated when either nothing is done or a lot of money is spent on something that is going to get damaged really quickly. Sometimes I’ll see things that are just the most creative ideas. I was at a restaurant recently where they used rope as molding – that was so cool.”

On Their Dream Project

Now that they’ve devised a plethora of beloved spaces, what, I wonder, is something they haven’t tried and would like to. “I would love to do a beach bar in Africa,” says Grant. “That’s a dream!” As for Suarez, “I’ve always had the same dream ever since we started the company,” she confesses. “My dream has always been, because my parents are Cuban, to have this boutique hotel in Cuba. So maybe we can merge our dreams and do Caroline’s beach bar in Cuba!” We’ll be there. 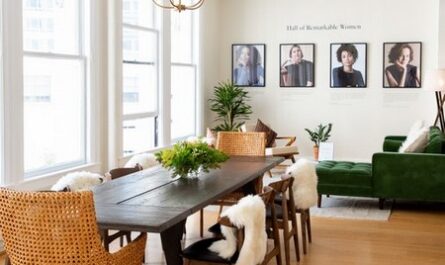 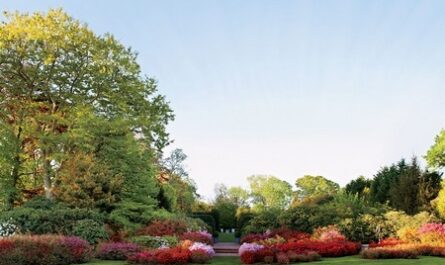