Growing up, I struggled with feeling “pretty” compared to my white friends. I was often teased about my thick, dark eyebrows (which I inherited from my Japanese side), and one middle school boy even drew a mean caricature of me with eyebrows bushier than shrubs at the Brooklyn Botanical Gardens.

I hated how I didn’t look like anyone else at my school, and for a long time, thought that I would never feel beautiful. I didn’t even really resemble my own twin sister, who – with her pale complexion and almond-shaped eyes – more closely takes after our father.

Most people don’t assume that I’m Japanese. After all, with my medium-olive complexion, large, round eyes, and naturally wavy hair – all traits that I inherited from my mother, who is Puerto Rican – I recognize that I’m not exactly what people picture when they think of someone who is of partial East Asian descent, and I know this because I’ve been told so approximately a thousand times. My last name (which means “star river” in Japanese) is sometimes a giveaway. But it’s still a surprise to people nearly every time I tell them my ethnicity.

One of my earliest memories of fully immersing myself in my culture was during an early trip to Tokyo, where I wore a kimono in honor of Shichi-Go-San, which translates to “Seven-Five-Three,” a traditional rite of passage and festival day in Japan for three- and seven-year-old girls. 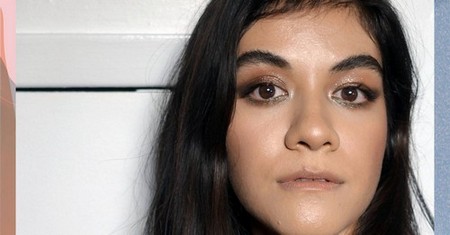 For boys, it’s celebrated at ages three and five. It was the first time I can remember getting my makeup done, wearing beautiful Kanzashi in my hair, and enduring the hours-long process of having someone dress me in an ornate kimono. I didn’t appreciate the experience then – we spent hours taking photos at a local temple, and all I can remember is feeling hot and constricted in my tight obi sash and wanting nothing more than to shed all the layers of clothing.

However, looking at the photos now makes me think about how maybe I didn’t feel like that culture was mine to be dressed up in – the red lips, the done-up hair, the geta sandals that were impossible to walk in – and how it felt to celebrate a holiday that I literally hadn’t known about until earlier on that trip. I think a part of me didn’t feel connected to or somehow “Japanese” enough to celebrate it.

A couple of years passed, and at around age 10, I began spending every summer at my grandmother’s house in Japan. She lives in a quiet suburban town just outside of Tokyo, one with plenty of boutiques and department stores. It was in these stores – many of them located inside expansive train stations – that I discovered Japanese beauty firsthand, and how it differed from the products I’d grown used to shopping for in American drugstores.

During those summer trips, I got used to seeing sheet masks (usually available in economical packs of 10-20) at every grocery store and pharmacy, and watched my obaachan apply layers of cleansing milk, toner, essence, and lotion, never thinking that multistep skin-care regimens would one day rule beauty blogs and Reddit message threads for years to come.

My mom didn’t allow me to wear makeup until I was in high school, so, naturally, I made sure to take advantage of indulging in shimmery lip gloss, bouncy blushes, and pastel eye shadow quads – including one Hello Kitty-shaped palette in various blue tones – while I was traveling by myself. While my friends back home were rimming their eyes with too much eyeliner and coating lashes in black mascara, Japanese girls my age were all about bright, frosty eye shadow and a soft, “juicy” lip color (think sheer washes of coral and rosy pink). It was a beauty-culture shock in the best way imaginable.

I started to see how beauty and makeup diverged with culture – if American teens in the ’00s were proving their rebellious nature via dark, panda eyes à la Ashlee Simpson and Avril Lavigne, then my Japanese friends were nearly the polar opposite, using makeup to look as feminine and doll-like as possible. At the time, I think my beauty M.O. was somewhere in the middle; heavy makeup was definitely not my style, but neither were frosty shades of pink.

As I approached my 20s, I discovered that as amazing as Tokyo’s beauty scene was, it was still pretty exclusionary in many ways; I knew from a young age that I looked like a foreigner in Japan, but shopping for complexion cosmetics made that even clearer. Most beauty stores I’d frequent – aside from luxury department stores like Isetan and Mitsukoshi, which catered to a more global customer – offered as few as two shades (maybe four, max) of BB creams or foundation, with the darkest option consistently far too pale for my medium skin.

In an image of me with a red backdrop, I’m wearing a kimono I received as a gift from my great-aunt when I turned 20. Unlike the photos from when I was seven, I enjoyed every minute of this shoot. I watched with interest as an older Japanese woman layered me in sheer cotton robes, followed by my bespoke peach silk creation and green obi. I did my own makeup and took a barely-there approach because I wanted to feel like me in the photos. A similar directive went for my hairstyle, which was made modern by two faux peonies in place of Kanzashi – what I was told was an emerging trend among young Japanese women – and wispy, face-framing pieces that didn’t fight my natural texture.

What I’ve learned not only as I’ve gotten older is that just because I’m half-Asian doesn’t mean I half-belong to my culture, or can’t feel as “Japanese” as anyone else from there. I’ve discovered that cultural identity is so much more than what you look like – it’s the food you eat, the language you speak, and the family members that make a house on the opposite side of the globe feel just like home. Even for all the teasing and self-doubt, I’m proud of my biracial heritage, and can say with confidence that I’m happy to have inherited my bold Japanese brows and my mom’s olive complexion. I’m 100% me and wouldn’t have it any other way. 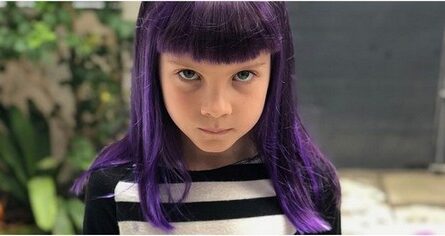 Dyed Her Hair Purple Because She’s “More Punk” Than You 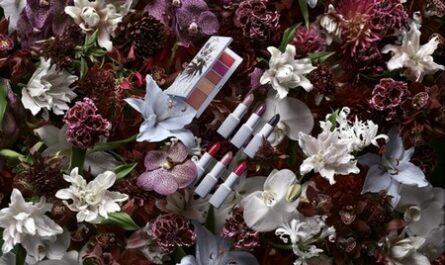 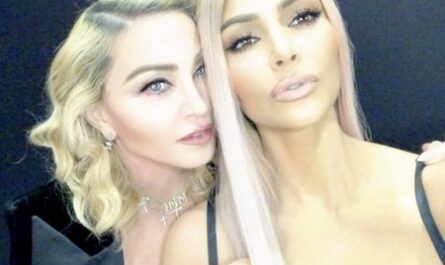 Madonna and Kim Kardashian Are, Unsurprisingly, Full of Beauty Advice