Fast-forward 12 weeks and most of them will have close to 1m social media fans following their every move, brands bending over backwards to work with them and a plethora of glitzy event invents pouring into their inboxes.

The 12 islanders I’ve met ahead of their stint on this year’s Love Island are just like you and I. They’ve got regular jobs, less than 1,000 Instagram followers, they’ve never met anyone famous and the vast majority still have dinner cooked for them by their parents.

However, with fame, fortune and Boohoo clothes sponsorship deals comes millions of people around the world offering up their opinion on what the contestants are wearing, who they’re dating and every damn Instagram picture they post.

Just ask Megan Barton-Hanson, who found fame on the show last year and has since spoken candidly about her struggles with anxiety because of paparazzi intrusion and vile social media trolls. Here at GLAMOUR, we’re passionate about making a stand against the bullies, which is exactly why we asked Megan to be an ambassador for our brilliant #BlendOutBullying campaign. We’re also hugely cognisant of the impact social media can have on young people’s mental health.

‘We’re not saying that everyone in there is how you’re supposed to look’: Love Island producers on the lack of body diversity in the villa 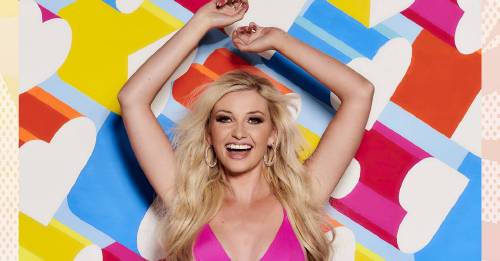 While nothing can prepare the islanders for the level of interest that will come with their newfound fame, one islander is adamant that she’s learnt from previous contestants’ experiences and is determined to turn a blind eye to the bullies.

Speaking to GLAMOUR in Mallorca ahead of her stint in the villa, Amy Hart, a 26-year-old cabin crew manager from Worthing, Sussex, said she doesn’t have any concerns about heading into the most famous villa in Europe next week.

“This isn’t a rash decision,” she said. “I applied in October and I’ve had a lot of time to think about it, I feel level-headed with the whole thing.”

Fed up of online trolls? Join our incredible #BlendOutBullying campaign to take a stand

Already preconceiving the abuse she may face on her departure from the villa, Amy has a carefully crafted plan in place to filter out the noise – and plenty of people could heed her advice.

“I would never read any comments on any online article or social media,” she said. “I’ve seen Alexandra from last year posted the comments she got on some beautiful pictures of herself in the Maldives and they were awful comments so I’d never do that.

“If you want to read the 4,000 comments on your Instagram picture saying how amazing you look then you also have to read the ones saying that you look awful. It’s everything that’s wrong with today’s society but if you don’t want to read them then don’t read them. You don’t have to have commenting available or have Twitter and you don’t have to read it.” She has a point; Taylor Swift and Kendall Jenner have both been known to turn the comments off on their Instagram photos after receiving a torrent of abuse and as they say, ignorance is bliss.

Concluding on a lighter note, Amy added: “I worked on a plane for eight and a half years so anything a troll can say me, I’ve had said to me 20,000 times worse to my face.”