Archie’s heritage is three-quarters white, one-quarter black, yet his skin appears white. Thanks to a very famous mother, most people will understand that even in spite of his appearance, he is a mixed race person, not a white one.

To call him anything else would be to erase Meghan, her ancestors, and all of their triumphs, challenges and experiences.

Prince Harry and Meghan Markle have now welcomed baby Archie Harrison Mountbatten-Windsor into the world after months of speculation. Just like with the Duchess of Cambridge’s children, chatter has surrounded the potential name and gender. But unlike those pregnancies, the focus has also been on skin colour. That’s because baby Archie is the first ever non-white child to be born into the British Royal Family.

I am also one-quarter black, but my half black, half white mother is not famous, so I have spent my life dealing with my ‘invisible identity’. My own pale skin makes me white-passing and ethnically ambiguous. 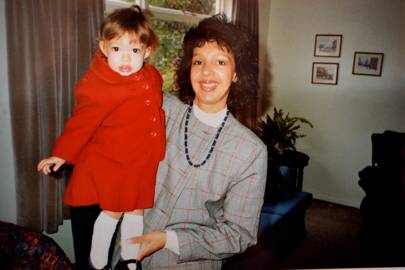 It would be ignorant to pretend that this doesn’t come with privileges. I am shielded from a huge proportion of the discrimination mixed race people of darker skin-tones experience. Yet this pale skin of mine has never fitted quite right, because it disguises a part of me, and of my family, that I am incredibly proud of.

I don’t identify as white (how could I?), so resent when others do the same. Sometimes it is not done in malice, but in ignorance and presumptions that come from a society that all too often see things as black or white- literally! Other times, people have declared that I should call myself white because my skin is white. Educating people that white is not just a term for someone’s skin, but someone’s ethnicity, isn’t easy.

There is also a long way to go in improving the way we refer to mixed race people. Terms like ‘only’, ‘just’, ‘part’ and ’other’ are frequently used. These reduce the person down to fractions and portions. Mixed race people are only half or quarter in their biology, never in their worth. Yet I still hear terms like half-caste and quarter-caste used. ‘Caste’ means pure, so using this name is the same as calling someone partly impure, dirty and unworthy of respect.

As a child, there were few white-passing but proudly mixed race celebs to look up to; Tina from S Club and Mel B from Spice Girls fit the skin-tone expectations of many. As a teen, I developed a compulsion to declare my heritage before anyone could say something careless or outright racist. Now, as a woman, I have learned to see my heritage in myself. I used to hate my nose shape, but once I realised it was the same as my lovely, Jamaican Great Aunt Lil, I grew to like it.

Society needs to realise that just because someone ‘looks’ a certain race, doesn’t mean they are. I’m so thankful that Archie can get us all talking about ethnic ambiguity and favouring polite questions or simple open-mindedness over ignorance and presumptions.

Why Being an Introvert Is Actually the Biggest Blessing