After the best Netflix series? The streaming service’s offering of TV shows is so extensive that there really is something for everyone. But with such a vast catalogue comes the classic conundrum plaguing modern streamers: there’s just too much choice.

We know, we know, how ungrateful we sound! But if you’ve ever spent 45+ minutes scrolling the endless reels of Netflix series while your dinner gets cold, you’ll know what we’re talking about.

So, to help you stop the mindless scrolling, we’ve taken it upon ourselves to handpick the very best in TV gold that Netflix has to offer, spanning every genre from award-winning period dramas to classic sit-coms and cult sci-fi phenomenons. Whether you’re in it for the true crime drama (Carole who?), the feminist comedies, or simply the very best in reality TV – we’ve made sure there’s something here to satisfy your binge-watching desires.

The latest show to get everyone talking is Maid, a harrowing 10-part Netflix drama starring real-life mother-daughter duo, Andie MacDowell and Margaret Qualley. It’s about a young woman named Alex, who flees her abusive partner and struggles to make ends meet for her three-year-old daughter, Mady, as she navigates motherhood, PTSD, looking after her own mother, all whilst working as a full time cleaner to secure a better future. You’ll need all the tissues for this one!

You’ll also be well aware of Squid Game by name, the Korean Netflix drama that has pretty much taken over social media since launching on the platform on 17th September.

Prior to that, it was Clickbait that had us all in a frenzy – a mind-boggling drama that’ll leave you at the edge of your seat. The show follows family man Nick Brewer, who’s abducted in a crime online with a sinister twist. It’s all very creepy, just how we like our dark thrillers.

You can also dive into the latest season of South African teen drama, Blood & Water. The show is back by popular demand after a successful first season in 2020, continuing to follow Puleng (Ama Qamata), a high school girl whose desperate to find her sister Phumelele, who was kidnapped as part of a human trafficking network shortly after birth. Full of mystery, suspense and all the drama, the show has been compared to the likes of Gossip Girl and Elite, meaning it’s an imminent yes from us! 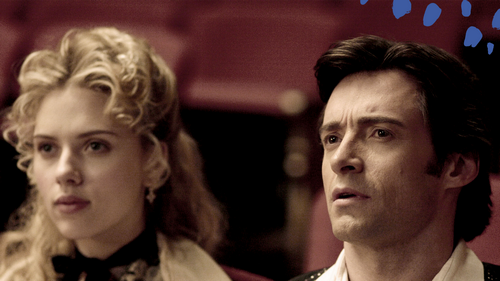 Or if you are after one genre, try our pick of the best Netflix documentaries, the best LGBTQ+ series, our favourite Scandi crime dramas or the best period dramas on Netflix. Sick of TV series? These are the 21 best films on Netflix. Happy binge-watching!