Before you worry, no, The Weeknd didn’t get into a fight or anything. He’s totally fine. The bruised and bandaged look is actually part of his current album era aesthetic-specifically for the song “Blinding Lights.”

“‘Blinding Lights’ is about how you want to see someone at night, and you’re intoxicated, and you’re driving to this person and you’re just blinded by streetlights,” The Weeknd told Esquire about the song. “But nothing could stop you from trying to go see that person, because you’re so lonely. I don’t want to ever promote drunk driving, but that’s what the dark undertone is.”

The Weeknd accepted the first award of the night at the AMAs 2020 on Sunday, November 22. And he did it in a surprising look: His face was completely covered in bandages.

Take a look for yourself, below, courtesy of a GIF that MTV posted: 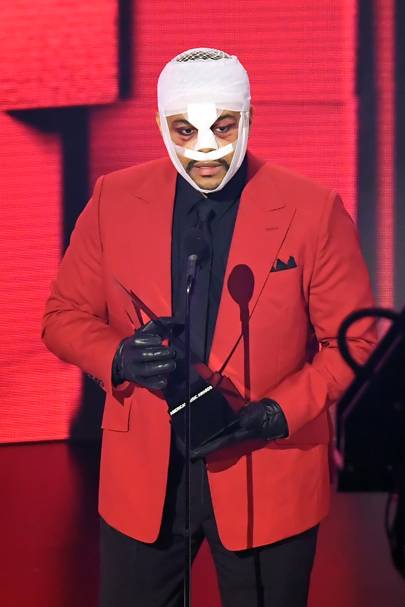 This isn’t the first time The Weeknd has done this look. He looked similarly at the 2020 MTV VMAs, as well as Saturday Night Live earlier this year. The Weeknd’s album cover for After Hours also features him with a bloody face.

After Hours, released in March 2020, was critically acclaimed and a commercial smash. “Blinding Lights” has been a consistent chart-topper all year. The Grammy nominations haven’t been announced yet, but my guess is he’ll be racking up quite a few.

He’ll also be headlining the 2021 Super Bowl halftime show in February. That news was announced earlier this month. “performing on the iconic stage. see you 02/07/21 @pepsi #pepsihalftime,” the singer tweeted. 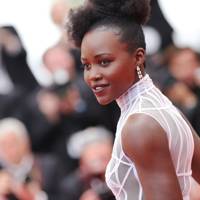