Yesterday marked exactly one year since Meghan Markle and Prince Harry announced their engagement to the world. We’re sure you remember the day: Markle, dressed in a now-iconic white Line the Label coat, and Prince Harry posed for a photo-call in Kensington Palace’s Sunken Gardens before giving a 20-minute sit-down interview in which they revealed exactly how they met and their plans for the future. Pop culture and the news cycle subsequently change forever. 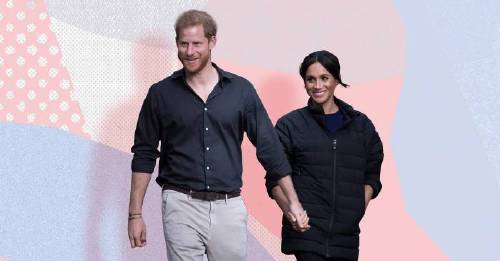 You’d think Markle and Prince Harry would celebrate this day together, but they’re actually not even in the same country right now. Prince Harry is on the last legs of his solo trip to Zambia, where he met with the conservation group African Parks (of which he’s president) and represented the Commonwealth. Markle, meanwhile, is home in Kensington Palace planning the couple’s move to Frogmore Cottage in Windsor. Work obligations are keeping these two apart. How refreshingly normal!

So much has happened since Markle and Prince Harry announced their engagement. The couple tied the knot on May 19 at St. George’s Chapel, Windsor Castle. They followed this with a series of appearances and engagements, including a royal tour of New Zealand, Australia, Tonga, and Fiji. In mid-October, Kensington Palace announced that Markle and Prince Harry are expecting their first child in spring 2019. To say the past 365 days have been a whirlwind would be a serious understatement.

With the holiday season in full swing, we’re sure Markle and Prince Harry will do something cute to celebrate their engagement anniversary. Let’s just hope it doesn’t include charades…