Oscars 2019 will take place this February bringing together the biggest screen stars for a night of glamour and celebration and there’s so much to look forward.

Who will wear what? Who will present? Who will get the best photobomb of the night? And, the most important thing, which films and filmmaker will be taking home a gold statue or two?

Yep, you can’t have an awards ceremony without nominees and the last twelve months have offered up a brilliant number of movies for cinema-goers to choose from. With the Golden Globes done and dusted, and the BAFTA nominations recently revealed too, it’s clear to see who are the favourites including The Favourite.

A Star is Born, Roma, Bohemian Rhapsody and Green Book are all looking likely to get multiple nominations too but there are certainly a few choice outsiders that may well secure a nod from the Academy, which is now 7,258-members strong. 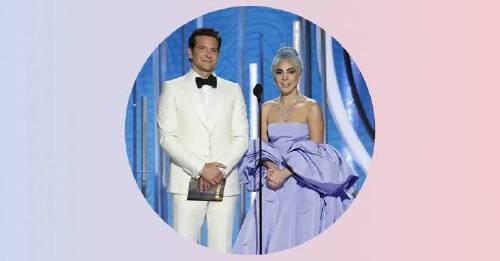 There’s double the room for nominations in this category with up to ten films able to secure a slot and there’s no doubt it will be full to the brim. But I reckon there will be a more diverse mix of films than we’ve ever seen before.

The Favourite is certainly going to get a spot as it’s beloved by critics, industry figures and audiences alike and the same goes for Roma and BlacKkKlansman. There’s also nothing the Academy loves more than musical movies so A Star is Born seems like a shoo-in as well as Mary Poppins Returns.

Black Panther could also land a nod as more commercially successful films are being recognised, though this one has the added bonus of being a cultural phenomenon too. Green Book and, to the dismay of most film critics, Bohemian Rhapsody look set to get a nomination each while If Beale Street Could Talk has earned enough buzz to secure one too. I would love Can You Ever Forgive Me? to get a nomination but its subject of interest isn’t quite as high profile as Vice’s so the latter might just nab the last spot.

Spike Lee is a filmmaking icon so I’ll be shocked if the OG doesn’t get recognition for BlacKkKlansman and the same goes for Mexico’s finest and ultimate director-bae, Alfonso Cuaron, for Roma.

There’s no doubt Yorgos Lanthimos will get a nomination for his delicious direction of The Favourite and Bradley Cooper is too big a movie star and A Star is Born too hyped to not get a nod too for his directorial debut.

The final slot could be a toss-up between Marielle Heller for Can You Ever Forgive Me? and Ryan Coogler for Black Panther as both have big fans in the Academy and their films, though different, are just as popular.

The BAFTA nominations are in – and The Favourite sweeps the board

Christian Bale has already won the Golden Globe for playing Dick Cheney in Vice so it wouldn’t be a shock to see him get an Oscar nod too, and to be honest his transformative performance deserves it.

I’m pretty sure there are a fair few Jackson Maine fans in the Academy too so Bradley Cooper will likely be a nominee along with Rami Malek whose performance as Freddie Mercury might be the only good thing about that movie.

John David Washington may have earned enough recognition as Ron Stallworth to follow in his dad Denzel’s footsteps to secure his first Oscar nod. And though my head is telling me that the final spot will go to Viggo Mortensen for his role as Tony Lip in Green Book, my heart is hoping Ethan Hawke nabs his fifth nomination for playing Toller in First Reformed.

Now, this is a super tough year as there have been so many fantastic performances by women on the silver screen. Lady Gaga fans won’t have to worry about her getting snubbed because everyone just loves her Ally but that doesn’t mean she will win.

Glenn Close proved that when she beat Gaga to the Best Actress Globe so we might finally see the veteran actress, who has been nominated six times without a win, secure the Oscar for her role in The Wife.

The real competition will come from Olivia Colman whose turn as Queen Anne in The Favourite is the rage of Hollywood but don’t be surprised if Can You Ever Forgive Me’s Melissa McCarthy and Roma’s Yalitza Aparicio Martinez swoop into secure nods too.

The best moments from the Golden Globes – including the dazzling dresses, award winners and Time’s Up tribute

Best Actor in a Supporting Role

This is a tough category because there have been some brilliant supporting performances this year but I’m not sure the likes of Michael B. Jordan (Black Panther), Sam Elliot (A Star is Born) and Adam Driver (BlacKkKlansman) will secure the votes.

Timothee Chalamet is an obvious choice for his vulnerable performance in Beautiful Boy and Mahershala Ali is a popular actor who’s earned a lot of praise, and a Golden Globe, for playing Dr Don Shirley in Green Book.

Richard E. Grant may finally get the Oscars recognition he deserves for Can You Ever Forgive Me? and Sam Rockwell’s turn as George W. Bush in Vice may have been funny enough to see him nominated for a second year in a row, though its unlikely he’d win again. The outside bet is Daniel Kaluuya whose dark and twisted turn in Widows is a far cry from his Oscar-nominated performance in getting Out but still packs just as much of a punch.

Best Actress in a Supporting Role

There is no way Olivia Colman’s “bitches” Emma Stone and Rachel Weisz won’t get a nomination for their deliciously deviant roles in The Favourite and the latter is certainly long overdue for another Oscar.

But the favourite for this category is actually Regina King for If Beale Street Could Talk as she is having a bit of a career renaissance that people are loving. Amy Adams, who has five past nominations, is a fair bet for playing Lyyn Cheney in Vice, and Claire Foy likely did enough to impress as Neil Armstrong’s wife Janet to enter the Oscars conversation too.

Period performances seem to do pretty well at the Oscars so I wouldn’t be surprised if Margot Robbie’s turn as Queen Elizabeth I in Mary Queen of Scots put her ahead of Widows’ Elizabeth Debecki to land the last slot.

BlacKkKlansman might be the one to beat in this category but it’ll face stiff competition from If Beale Street Could Talk and Vice. A Star is Born could earn a nod but if we’re being honest the songs are better than the dialogue in that movie. Widows, on the other hand, is super slick and it would be amiss of the Academy to overlook it. Same goes for Can You Ever Forgive Me?, which has just the right amount of cutting humour and drama to compete for the gold statue.

Prediction: Vice, If Beale Street Could Talk, BlacKkKlansman, Widows, Can You Ever Forgive Me?

Roma looks pretty set to land a nomination in this category as well as Green Book, which won at the Golden Globes. The Favourite is also certain to pick up another nod in this category, it could win just for Olivia Colman’s “Look at me” scene. Paul Shrader is too well respected and First Reformed too good a script to not be recognised and Sorry to Bother You just might slap Academy members enough to earn their votes too. 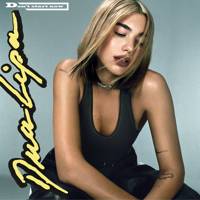 Dua Lipa, our musical agony aunt, promises us self-empowerment with her new single 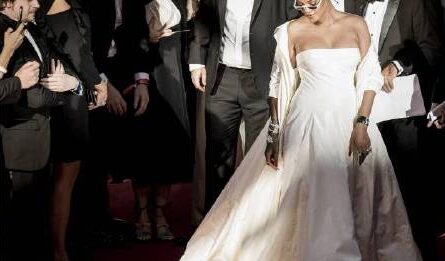