Georgina Chapman made the West Village townhouse where she and her soon-to-be ex-husband Harvey Weinstein a home, but now, the fashion designer will have to disassemble the very personal touches that she’d added over the years.

In a new interview with Vogue, her first since news broke of Weinstein’s sexual misconduct last fall, Chapman opens up about the divorce in the setting of her exquisitely decorated home, which her soon-to-be ex-husband sold earlier this year for $25.6 million. “I have moments of rage. I have moments of confusion. I have moments of disbelief!” she said. “And I have moments when I just cry for my children. What are their lives going to be?”

The home where she and Weinstein were raising their two young children, India and Dashiell, is now largely devoid of any reminders of the disgraced media mogul, save for a large piece of art hanging in the hallway, with an inscription reading, “For Harvey Weinstein” on the bottom. It seems unlikely Chapman will be taking that artwork with her when she moves out.

Pieces that she might, however, be packing up include things that reflect her distinctive aesthetic: white rugs, chinoiserie, lots of gilt and glass, Jo Malone candles and silver-framed photographs of India and Dashiell. The Vogue profile also notes that Chapman has a penchant for fresh flowers, most notably hydrangeas, so those vases will no doubt make the move with the fashion designer as well.

A sectional in the television room is just one piece of colorful, modern furniture that dominates the common areas, as well as “surprising art” that adds personality to the space.

Weinstein purchased the townhouse back in 2006, the year before he and Chapman wed; he sold it just days after the Weinstein Co. filed for bankruptcy. The former media mogul has also let go of most of his other properties – likely to help pay for exorbitant legal fees – including the Hamptons home he shared with Chapman (the pair quietly sold it for $10 million), side-by-side waterfront homes in Connecticut (he got $16 million for the estates), and a West Hollywood Tudor cottage where his older daughter from another marriage used to reside (he originally put the home up for rent before selling it for $1.8 million in an off-market deal). 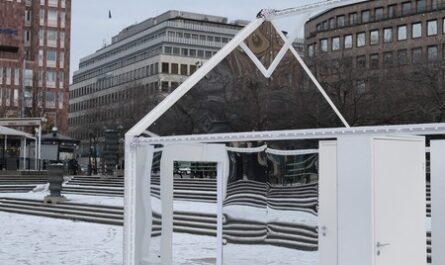 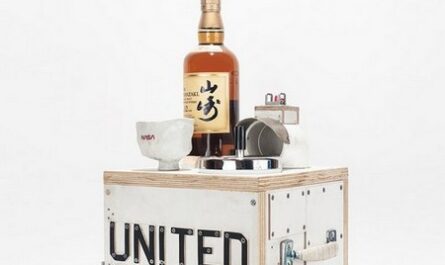 At Fisher Parrish, a Once-Obsolete Design Object Emerges from the Ashes