From Sara Sampaio to Shanina Shaik, these stunners bring more heat than the desert sun. 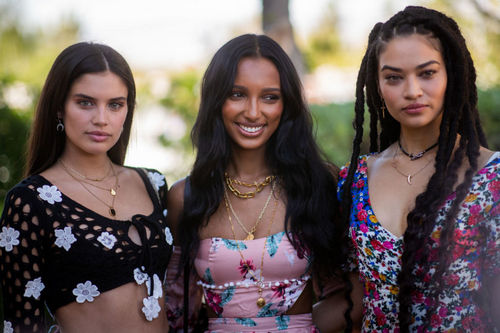 It’s mid-April and in the desert near La Quinta, California that can only mean one thing: Coachella is on and gorgeous women are hanging out wearing the bare minimum clothing necessary to survive the heat. The festival happens between April 12 and April 21 this year and it’s all about partying, music, and fashion.

It’s obviously a great time to see great musicians doing their thing on stage, as well. Donald Glover has already shaken things up by randomly using Apple’s Airdrop to give people new pairs of Adidas and with a deeply emotional performance in which he shed tears onstage while talking about his dad as well as murdered rapper Nipsey Hussle.

But day-to-day, anyone on the ground at Coachella really needs to be on the lookout for some of the top names in modeling – including former Maxim cover girls like Sara Sampaio, Jasmine Tookes, Elsa Hosk, Romee Strijd, as well as our May/June 2019 cover model, Shanina Shaik.

Fortunately for everyone, they’ve been recording the fun on their Instagram feeds with shots both casual and professional. And while Coachella has a week to go, getting a look at what these superstars have already posted is enough to make one consider buying a ticket and some sunblock and seeing what you can see – in addition to the chance you might cop some free sneakers from Childish Gambino.

Check out some sun-drenched Coachella shots from our Maxim cover alums below and keep an eye on their feeds. There are surely more to come.

Here’s Everything Coming and Going From Netflix in May