The review comes as the battle against Coronavirus rages on and the economic implications of the pandemic are becoming painfully clear. “Our economic emergency has only just begun,” the chancellor said during his opening statement, saying he will prioritise jobs, businesses and public services.

The Chancellor of the Exchequer, Rishi Sunak, presented his 2020 Spending Review to parliament on 25th November.

Here’s a breakdown of the key points you need to know, where the money is being spent, who’s getting a pay rise, and why you really should care about the cut in foreign aid…

£18 billion has been allocated to testing, PPE and vaccines next year, £3 billion for the NHS, over £2 billion to keep transport arteries open, more than £3 billion to local authorities and £250 million to help end rough sleeping. 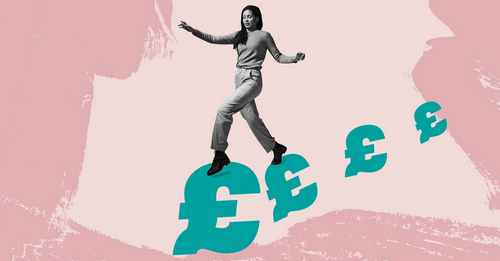 Public service funding to tackle Coronavirus next year will be £55 billion.

Unemployment is expected to peak with a rise to 2.6 million people estimated to be out of work in the second quarter of next year. This means an unemployment rate of 7.5%.

Sunak outlined the government’s £2.9 billion spend on a Restart Scheme for employment, helping a million people who have been unemployed for over a year to find jobs.

He also confirmed that doctors and nurses in the NHS will be receiving a pay rise, while pay rises in the rest of the public sector will be paused.

UK spending on overseas aid will be cut

The UK’s foreign aid budget is to be cut from 0.7% of gross national income to 0.5%, “slicing more than £4bn from the annual package and breaking a Tory manifesto commitment made only a year ago,” as reported by the Guardian.

For context, around a third of our aid budget was spent via organisations such as the UN in 2016, while the rest is sent directly to developing countries.

The top five countries receiving UK aid in 2018 were Pakistan, Nigeria, Ethiopia, Syria and Afghanistan. The aim of UK aid is to reach people living in some of the poorest, most war-torn and unstable parts of the world.

Overseas aid saves lives. According to concern.org.uk, between April 2015 to March 2018, UK aid supported 11.4 million children to gain a decent education; 42 million women of childbearing age, adolescent girls and children under 5 to receive nutrition support; and over 40 million people to gain access to clean water and/or better sanitation.

Which is why the cut has largely been met with outrage. The Archbishop of Canterbury called it ‘shameful and wrong’.

The cut in the aid budget – made worse by no set date for restoration – is shameful and wrong. It’s contrary to numerous Government promises and its manifesto.

I join others in urging MPs to reject it for the good of the poorest, and the UK’s own reputation and interest.

Even Tory MPs have criticised the chancellor’s decision, which goes back on a previous party manifesto promise. Ex-Foreign Secretary Jeremy Hunt said: “To cut our aid budget by a third in a year when millions more will fall into extreme poverty will make not just them poorer but us poorer in the eyes of the world.”

The national living wage to rise to £8.91 an hour

The chancellor also announced a slight increase to the national living wage, as well as an extension to the age bracket to which it applies.

It will also apply to those aged 23 and 24. It currently only applies to those aged 25 and above. The boost will, according to the government, be worth £345 a year for a full-time worker.

Borrowing will rise to its highest level in peacetime history

The government will borrow £394 billion (19% rise of GDP) this year to pay for the massive economic dents from the pandemic. That means the budget deficit soars to its highest since World War II.

Borrowing will remain above £100 billion a year for the rest of this parliament, says Sunak.

The UK’s economy will shrink by over 11% this year

The Office for Budget Responsibility (OBR) says that the UK’s economy will contract by 11.3% this year as a result of Coronavirus.

Despite this growth, economic ‘scarring’ means that in 2025, output will be 3% lower than the OBR’s forecasts predicted in March.

The OBR were quick to make clear that economic outlook is still ‘highly uncertain’ and depends on various factors such as vaccine roll-out and the outcome of Brexit negotiations.

There will be a boost in departmental spending

“In cash terms, day-to-day departmental budgets will increase next year by 14.8 billion pounds,” the chancellor said.

Racists microaggressions at worked drove me to go freelance