We get it, when it comes to vaginas, it can be easy to ignore any changes or new symptoms, for fear of embarrassment and judgement.

However, it’s *super* important to be clued-up about your intimate health and listen to what you body is saying.

Symptoms can be unpleasant and uncomfortable, and in some cases can even lead to fertility problems, so we grilled a top gynaecologist on all things ‘down there’. 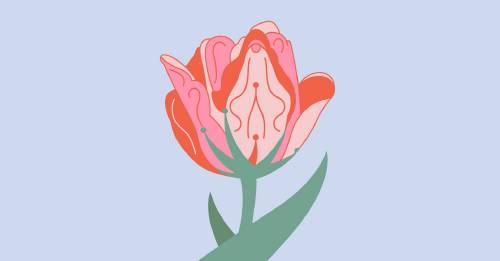 “Bacterial vaginosis (BV) is a harmless and easily treated infection of the vagina, most commonly recognised by a “fishy” smelling vaginal discharge. It can occur when there is a change in the natural balance of bacteria in your vagina, but it is important to be aware that it is not a sign of poor hygiene.

“You are at a greater risk of BV if you have had a change of partner and are sexually active, you have an IUD (commonly known as ‘the coil’), or you have used perfumed products in or around your vagina. It can also worsen if you’ve been on antibiotics or are stressed. Treatment for BV can come in the form of antibiotic tablets or gels. Although it is an infection which can cause embarrassment, treatment is effective and works quickly. It will also not lead to any long-term problems in regard to your sexual health or fertility.”

We tried vagina beauty products and here’s our honest opinion

“If you are experiencing pain in the lower back and abdomen, a change in discharge or pain with sex, it could be a sign of Pelvic Inflammatory Disease (PID).

“PID is an infection of the female upper genital tract including the womb, ovaries and fallopian tubes. Although characterised by the above symptoms, alongside pain during urination and bleeding after sex, symptoms do vary between individuals and can often be vague. This means that symptoms experienced could be indicative of something else.

“PID is caused by a bacterial infection that’s spread from the vagina or the cervix to the reproductive organs higher up. This can include normal bacteria that lives in the vagina or those transferred in sexually transmitted diseases such as chlamydia or gonorrhea. If found early enough, PID can be treated by antibiotics for 14 days. A mixture of antibiotic injections and tablets will be prescribed to ensure all the likely infections are targeted.

“Serious complications can arise from PID if not found early enough. Fallopian tubes can become scarred and narrowed, making it hard for eggs to pass from the ovaries to the womb, increasing the risk of ectopic pregnancy. In extreme cases of late treatment, it is estimated that 1 in 10 women with PID become infertile. Therefore, if you’re worried about any of the above symptoms, it’s important to visit your GP.”

“Endometriosis took away my dreams of having a big family, but I’ll never stop fighting it”

“Thrush is one of the most common infections, affecting both men and women, which often people aren’t aware of. Thrush is harmless, though it can be uncomfortable and can come back time after time. Symptoms include white discharge, that doesn’t often smell, itching and irritation around the vagina and soreness and stinging during sex or urination – so if you’re noticing any of these changes, take a visit to the GP.

“Causes of thrush are not a result of sexually transmitted infections, although it can be triggered by sex and occasionally passed on through sex. It is caused by a fungus called candida which grows when the skin is irritated or damaged, you have a weakened immune system, or you have poorly controlled diabetes. Treatment of thrush includes antifungal medicine in the form of a tablet you either take orally or insert into your vagina; and a cream to relieve the irritation.

“It is important that both partners are treated to stop the infection returning. Symptoms should be relieved within a week but if you have recurring thrush then medication might need to be taken for around 6 months.”

4. Abnormal changes to the cervix

“If you’re experiencing bleeding after sex and in between periods, this could signify an abnormal change to the cervix, particularly if you don’t have any other symptoms. These can often be explained by early cell changes that will most likely go away on their own. However, in rare cases untreated changes could develop into cancer of the cervix.

“Even though it might be rare, screening for cervical cancer is needed for all women even if they are feeling fine. Two types of cervical cancer screening include the Pap test and the HPV test. The smear test is easy and quick to perform. If you do experience any symptoms mentioned above, it is crucial you are assessed by a gynecologist.”

“As a type of urinary tract infection (UTI), cystitis is the inflammation of the bladder commonly caused by a bladder infection. The main symptoms of cystitis include pain, burning or stinging during urination, needing to urinate more often, urine that is dark, cloudy or strong smelling or generally feeling unwell, achy, sick and tired.

“Causes of cystitis are thought to occur when bacteria that live harmlessly in the bowel get into the bladder through the urethra. This could be caused by having sexual intercourse, inserting a tampon or using a diaphragm for contraception. It is more common for women to get cystitis compared to men because their anus is closer to their urethra, as well as their urethra being much shorter, allowing bacteria to get into the bladder more easily. Pregnant women or women going through menopause are also at greater risk of developing cystitis.

“Often mild cases will get better without any treatment, however those who experience episodes of cystitis more frequently may need regular or long-term treatment. Treatment from home can include paracetamol or ibuprofen, drinking plenty of water and avoiding sex. If you seek treatment from your GP they will often prescribe antibiotics which should take effect within a day or two.”

Hopefully this handy guide beat the taboos surround your lady parts; if you’re experiencing any of the above, book an appointment with your GP now. 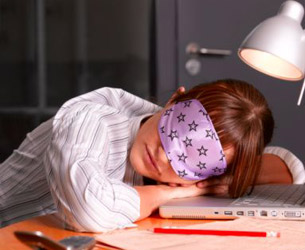 Is Starbucks Open During the Coronavirus Pandemic?