Kanye also claimed that Jordan Peele’s Oscar-winning thriller Get Out – which sees a black man (Daniel Kaluuya) visit his white girlfriend’s family for the first time, with disturbing consequences – is “about me”.

“Kim was trying to fly to Wyoming with a doctor to lock me up like on the movie Get Out because I cried about saving my daughters life yesterday,” he tweeted.

Kanye West has made headlines by posting a series of cryptic messages on Twitter last night. 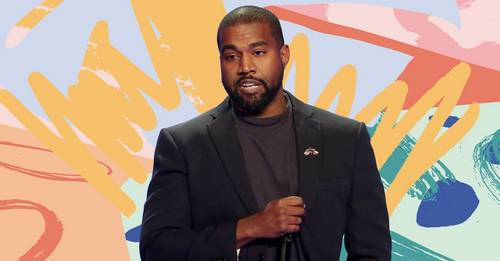 The series of tweets began with the 43-year-old rapper sharing Michael Jackson’s music video to ‘Black or White’ without comment. He then appears to confess to a family feud between himself and Kim Kardashian West and Kris Jenner.

“I put my life on my God that Norths mom would never photograph her doing playboy and that’s on God I’m at the ranch … come and get me,” Kanye writes.

“Kriss don’t play with me,” he continued, “you and that calmye are not allowed around my children. Y’all tried to lock me up.”

The Twitter rant came after Kanye made his debut political rally in South Carolina at the weekend, where he wore a military jacket and had ‘2020’ shaved into the back of his head.

During a speech on Planned Parenthood and abortion (which the rapper stated he is staunchly against, and that every mother should be paid $1 million to prevent terminations), Kanye broke down and claimed that Kim considered aborting their daughter North West, now seven, in 2012.

“I almost killed my daughter,” Kanye said through tears.

“She was crying… and for one month and two months and three months, we talked about her not having this child. She had the pills in her hand… I’m in the apartment where my wife was actually robbed, and I have my laptop up and I have all of my creative ideas, I’ve got my shoes, I’ve got my next song cover… and the screen went black and white. And God said: “If you f**k with my vision, I’m gonna f**k with yours”.”

He later said: “Even if my wife wants to divorce me after this speech she brought North into the world even when I didn’t want to. She stood up and she protected that child.”

Kanye opened up last year about his bipolar disorder diagnosis, confessing to television host David Letterman that it makes him ‘hyper-paranoid’.

“You feel the government is putting chips in your head. You feel you’re being recorded. You feel all these things,” he shared. “You pretty much don’t trust anyone”.

We really hope Kanye gets all the support he needs right now.

I tried injectable skincare – and loved it