The two-hour documentary, called The Last Watch, chronicles the epic production of the final season of the show, giving fans juicy behind-the-scenes footage of how some of the show’s most iconic moments came together. 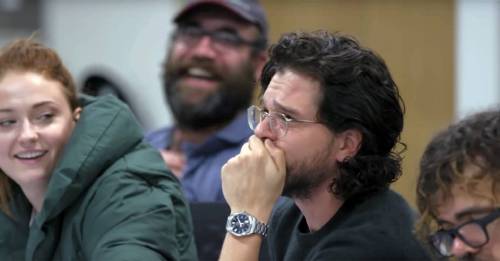 The last episode of Game of Thrones may be around the corner, but before our very own wintertime sorrows set in, HBO has come to our salvation by releasing a trailer for a farewell documentary special.

According to HBO, the feature length documentary “delves deep into the mud and blood to reveal the tears and triumphs involved in the challenge of bringing the fantasy world of Westeros to life in the very real studios, fields and car-parks of Northern Ireland.”

Directed by Jeanie Finlay, the trailer opens with a shot of Titanic studios, where the entire cast are preparing for a final table read. We then see series creators Benioff and Weiss giving a speech to the Thrones “family.”

The bit that’s got everyone talking though, is a dramatic cut of Kit Harington (Jon Snow) getting emotional at the words on his page, while Sophie Turner (Sansa Stark) looks on with a smile. Not. a. dry. eye.

The trailer also features green screen footage, interviews with the crew, and shots of the production team hard at work creating some of the monumental scenes, including the construction of the Battle of Winterfell and the King’s Landing set.

“I could not have worked harder, I really have given this everything I’ve had,” one producer exclaims. “I’m broken!” adds another.

There’s also a shot of Sophie Turner filming the scene where she says goodbye to Theon, and a glimpse of D.B. Weiss embracing Emilia Clarke (Daenerys Targaryen) on the final day of filming.

Word on the internet is that HBO plans to leave the King’s Landing set intact as a tourist attraction, which we would buy tickets for in a heartbeat, tbh.

The Peaky Blinders trailer is here and it looks mega 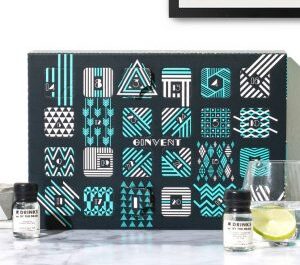