Canadian nail artist Gina Edwards thinks it was not the look itself, but the habitual way it was worn that eventually led to the French manicure’s death. “I have always loved a French Tip, and in my opinion it never went out of style,” she says.

“But the French has been considered outdated for over 10 years now, and it’s because of its lack of creativity. Most people viewed the French as a classic and kept true to the white tips. It became stale, mundane.”

When I became old enough to really care about beauty in the early oughts, there were few trends more sought-after and luxurious than the French manicure. Though I’d never been one to fall under the spell of the more feminine Hollywood trends, I still found myself longing to have that nail look sported by all the “It” girls of the era: Paris Hilton, Jennifer Lopez, Jessica Simpson – list goes on and on and on. In fact, you’d be hard-pressed to find just one woman on a red carpet without that sheer pink base and chunky, white tips.

But as the ’00s bore on into the 2010s, the look rapidly outwore its welcome. French manis, created by Orly founder Jeff Pink in the ’70s, were initially associated with women of higher class – once the look trickled down into the mainstream, its charm had been lost to trendsetters. “For a while there, it looked like the strip-mall equivalent of a nail – functional, ubiquitous, but a total eyesore next to all the incredibly innovative nail art that began hitting magazines the internet in the ’00s,” says Miss Pop, a New York City-based nail artist. 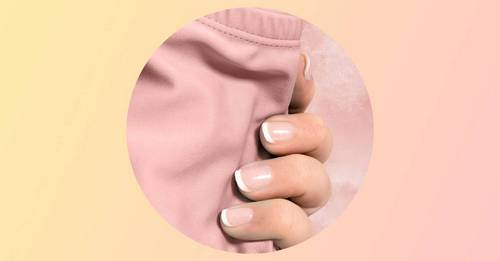 Fast forward to 2019, however, and the new generation of celebrities we now consider “It” folks are, seemingly out of nowhere, wearing French manicures again, despite the look’s years-long reputation for being tacky.

In the summer of this year alone, Ashley Graham, Kylie Jenner, Bella Hadid, and more have worn shockingly traditional takes on French tips.

According to Miss Pop, it was to be expected – almost all beauty and style trends are cyclical. “It was only a matter of time before, like bike shorts, fanny packs, and power suits, the French manicure would make a comeback,” she says. “It really celebrates the natural nail’s beauty – the crisp white tip and blushing nail bed. So it’s no wonder nail artists, like me, are trying to breathe new life into it.”

Also breathing new life into the trend, Edwards says, are celebrities. Once one famous person attempts a stale trend such as this one, it’s bound to spread like rapid-fire, just as it did decades ago.

In my industry, they always say that “three makes a trend,” but the French manicure has far more than that going for it right now – and it’s only going to continue to pick up speed after Fashion Month Spring/Summer 2020. As a backstage reporter at New York Fashion Week, I expected to see more vibrant hues with elaborate designs from some of the industry’s top artists, but those were far and few between. This year’s biggest Fashion Week nail trend? You guessed it: French manicures, and a lot of them.

During NYFW alone, iterations of the design were seen at Rag Bone, Khaite, Alice + Olivia, Christian Siriano, and Prabal Gurung, among others.

Then came London Fashion Week, where metallic French tips made their way down the runway at On|Off, scalloped white tips were seen at Yuhan Wang, and geometric black Frenches at PushButton gave way to bright, structured clothes.

Miss Pop, who was responsible for the Prabal Gurung French manicure and others during NYFW, attributes the triumphant return of the look to common use of negative space among nail artists. “We don’t think of a partially colored nail as being unfinished. We see the nail bed as a canvas, and the design is open to all possibilities and shapes. Why not just paint your nails white?” Overall, it’s the ease of achieving a French manicure that makes it such prime material for the hectic environment of a runway show production.

For those looking to try their hand at a French manicure that looks more 2020 than 2005, Edwards warns not to fall into the habit of pinks bases with white tips for too long: “It can become predictable and boring if you don’t experiment with color at the tips,” she says, and Miss Pop agrees. “Reach for color. Don’t just think of white or even just one shade, she advises. “Secondly, you can skip the nude base color. Don’t sweat matching your skin tone to a nude, just use a single coat of a super sheer strengthener like the Zoya Naked Manicure Perfectors. Plus, if you do go for a negative space look, you can use a French tip guide to get the shape without having to wait for that base nude shade to dry.”

Moral of the story? The hairstyles, makeup looks, and nail art you’ve been writing off as outdated for years likely going to come back into fashion at multiple points in your life – if they haven’t already. It’s all just a matter of creativity and what styles trickle down from the “elite” to the mainstream, like the French Manicure. 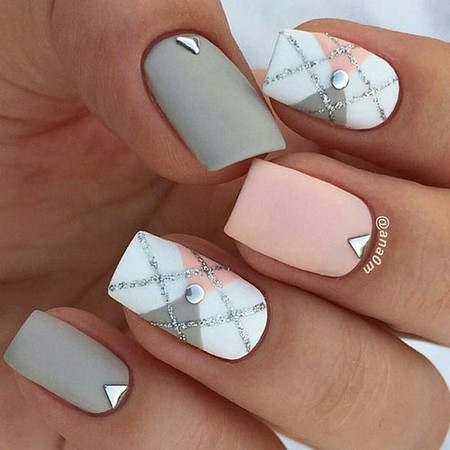