The first single was Me!, a collab with Brendan Urie that broke YouTube records with 65.2 million views of its sugar-sweet, Parisian music video. The lyrics video for this latest song has been watched more than a million times just this morning.

At 5 o’clock this morning, Taylor Swift released a brand new song. You Need To Calm Down is the second single from her upcoming album, which we now know is going to be called Lover (out August 23).

It’s an absolute bop, obviously. But it’s also the anti-homophobia, pro-gay rights anthem we need right now. Halfway through Pride month, Taylor has released a song that mentions GLAAD – “Why are you mad when you could be GLAAD? (You could be GLAAD)” – which is an American non-governmental media monitoring organisation founded by LGBT people.

She also highlights the letters E and A in the words ‘scream’, ‘peace’ and ‘equality’, which we can safely assume references the Equality Act. The Equality Act is in the United States Senate right now and if it passes, it will amend the Civil Rights Act to prohibit discrimination on the basis of gender identity and sexual orientation. 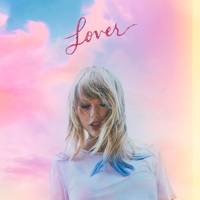 Taylor has already campaigned for the Equality Act. Earlier this month, in an open letter to Republican Tennessee senator Lamara Alexander, she wrote: “For American citizens to be denied jobs or housing based on who they love or how they identify, in my opinion, is un-American and cruel.” She implored him to vote for the Equality Act in the upcoming Senate vote.

In a second letter, she wrote: “Our country’s lack of protection for its own citizens ensures that LGBTQ people must live in fear that their lives could be turned upside down by an employer or landlord who is homophobic or transphobic.”

We are extremely here for political activist Taylor. It might be our favourite incarnation of the pop star.

Now, she’s continuing her pro-LGBT+ activism in the best way she knows how: with a sick beat. Seeming to address homophobes, haters and trolls, she sings: “You just need to take several seats and then try to restore the peace / And control your urges to scream about all the people you hate /‘Cause shade never made anybody less gay.” 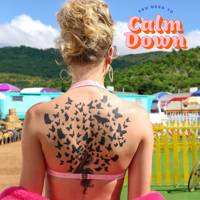