We got there and there was all of the male crew, which is actually very small. There’s the director, a stills photographer and then there were three guys who were operating the different cameras and the lighting. What was quite interesting was just how heavy the talk about technology was.

Dawn, the director, really wanted to focus on the details and wanted to look at the details of the catering like what snacks are available. There were croissants, brioche and Salisbury’s multi-packs of different things, nuts, a big bowl of fruit. For me as well, it was about those behind the scenes details because that features quite heavily in the show. It was fascinating to go and look at that. 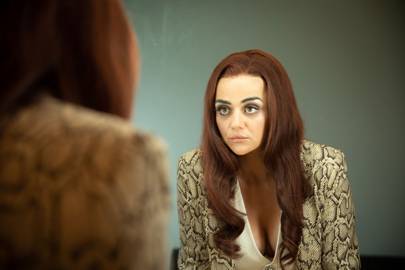 Does playing characters like this almost further compound how much further we have to go as a society to get rid of these sexist and outdated perceptions of women who come from differing professions as well?

I think so. With Jolene as far as I’m concerned, she’s a feminist. She fights very hard for and very hard for what she has. She works to better herself within her means. She confronts these men as well as the women. She goes after the women; she goes after herself in the end as well. She’s complex, she’s multilayered, you are never spoon-fed whether what she is doing is right or wrong.

The other thing that I think it does is ask that question of, if this was the other way around, if there were men in the position that these women are in and it’s so obvious that the treatment would be different. I’ve had moments where I’ve been in meetings about work and questions have been asked or moments have happened on set and it’s not that I’ve gone into an outrage, but just in my head, I go, “I know that this wouldn’t happen if I was a man.” 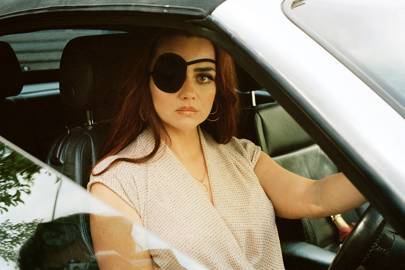 What would be some sort of triggering sexist things that you’ve experienced?

I like to make myself a little bit busy on set but sometimes I think that they want actors to just shut up and do their job. I just like to know what’s going on. There’s been times on different sets where I would ask that question, not in a pushy way, not in a difficult way and often there’s a reaction from crew members that’s a little on edge, like you’re being difficult. I’ve been on sets with male cast, they would ask the same question and the answer would be there. It’s so strange how it’s ingrained that if you question as a woman, there’s sometimes a sense that you’re being difficult.

How amazing were the wigs in helping you transform into Jolene? 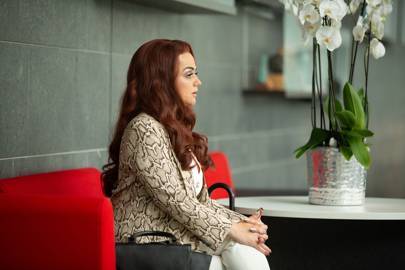 How long did it take to get into the ‘sex worker superhero costume’ head to toe, every day?

We ended up getting it down to an hour, in the end but that was two people working on me at the same time. But we had days where we were putting the boobs on between. And if there was a boob day with full hair and makeup it would be about four to five hours. The boobs take over three hours to get on. Once they were on, and they weren’t my breasts, there was such a confidence about it, it was like armour.

What is the conversation you want to start with Adult Material and what kind of taboos do you want to shatter, smash and destroy?

I feel like one of the main ones are about consent and sexual abuse. The #MeToo movementthat has happened and is happening was such a massive conversation in our industry. I think it’s definitely contributed to this sort of second wave of feminism with women speaking up for themselves and men joining that cause. With the script we ask the question, “does sexual consent exist for sex workers?” and how asking that question is pushing the conversation of consent to the furthest point.

I love it because it’s like, are we going to do this for all women? Or is it only women that you deem your version of feminists? Or your version of empowered? Are you going to be open enough to understand that for some women this is empowerment?

Working in this industry makes them feel empowered or it gives them something in their lives that they deem a success. So, are we going to protect those women in the same way that we would protect women that are working in offices? I think that’s a huge conversation starter, and something that I hope people will look at.

We need to understand that they have lives and they have mental health as well; they have minds that they have to live with every day – they’re not robots! They’re not just vulgar people that you don’t understand, or that you’re scared of. They’re dealing with all of the same juggling of life that we are like kids, relationships, paying bills, what their future’s going to be and what’s happened in their past. Humanising sex workers, if we were going to be broad about it, is an important conversation starter. 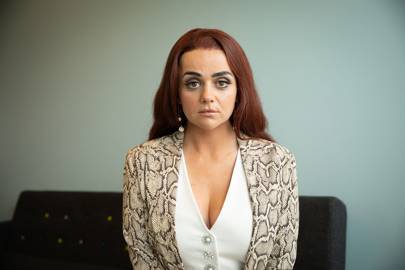 That’s so true, we’ve come so far in terms of promoting feminist conversations, but it seems to be about an exclusive form of feminism. The whole point of feminism is equality full stop…