You might have relaxed at a sound bath, tried a spot of forest therapy, or poured over the latest kanso mantras, but in the fast-paced and fickle world of wellness, we already have ourselves a hot new trend.

According to trend experts, ‘hay bathing’ is the quirky new wellness ritual that’s guaranteed to leave you feeling amazing.

If you’re wondering what on earth it is, it’s pretty much what it says on the tin: literally bathing in hay (stay with us).

Trend forecaster WSGN explained: “An ancient tradition in Austria dating back more than 200 years, hay bathing came to light as locals noticed the benefit of hay as a source of pain relief and energiser for the body, as experienced by farmers who slept in it.” 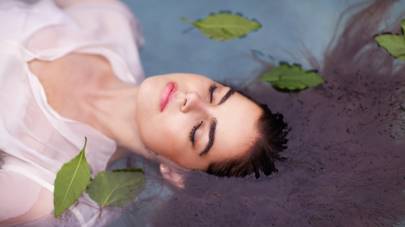 But before you start wondering whether you have to spend the night on a farm to reap the benefits, fear not. The latest spa treatments are simply inspired by the ritual, with WSGN explaining: “Treatments use fermented alpine hay, combined with healing herbs such as arnica, heather and thyme, which are full of essential oils.”

Benefits apparently include a rejuvenated immune system, eased muscle pains and enhanced circulation in the body.

The trend forecast also noted that sound baths are going to be big business this year. Sound baths are a form of sound therapy that involves laying on the floor while someone gently taps a gong against a bowl.

The vibrations from the bowl will apparently envelope the body, clearing away blocked energy, releasing tension and re-aligning the body when it is ‘out of tune,’ the main cause of which is usually stress-induced. Basically, you get to lay on the floor for an hour and totally chill out – who wouldn’t want to do that?

So would you try these quirky new trends to feel more zen?

What are sound baths and why is everyone so obsessed with them?

Lily Collins on truly finding herself, turning her back on old habits Emily In Paris