Hawaii’s legislature passed two bills on Tuesday that aim to make the state carbon neutral by 2045. Considered the most ambitious climate goal of any state in the United States, the plans set out in House bills 2182 and 1986 create a task force to establish a course of action, as well as a carbon-offset program, respectively. 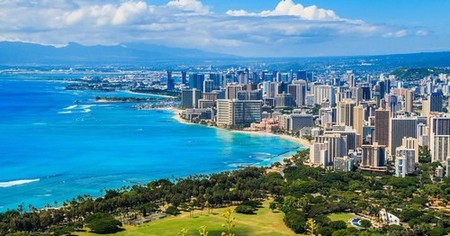 Hawaii is particularly vulnerable to climate change, and a recent study cited by one of the bills estimates that rising sea levels could cause $19 billion worth of damage to private property.

The Aloha State already passed a law designating 2045 as the year that it will be powered entirely by renewable energy sources, while mayors have pledged to stop the use of fossil fuels in their ground transportation vehicles by the same year.

State rep. Chris Lee, who wrote HB2182, is confident about the goal. “This is the biggest step forward on climate change any state has yet taken, but we know we can do this and it’s going to benefit everyone,” Lee said in a press conference.

State governor David Ige is expected to sign the bill into law.

The Masked Singer: A Guide, to Which Celebrities Have Been Revealed

This Woman’s Time Lapse Video, of Her “Sleeping” Confirmed Moms, Never Get a Break